Venus Fest is a new kind of space within the music scene that addresses historical industry challenges from the past while looking to the future. They represent fresh and clear voices that are pushing for change. We had the chance to talk with founder Aerin Fogel to discover more. 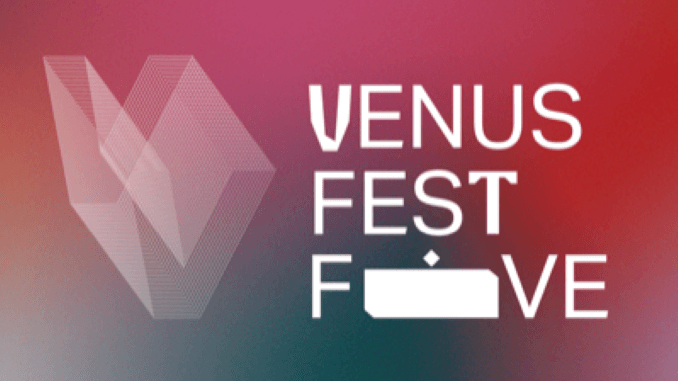 Venus Fest is a Toronto-based music festival and mentorship series celebrating underrepresented identities in music. Founded in 2017, the festival has worked with hundreds of Canadian and international artists to support their development and celebrate creative expression and community building.

Venus Fest predominantly aims to create a platform and artistic development path for women and non-binary artists, in an industry where they have historically comprised less than 15% of festival lineups, with even more sparse representation on boards and organizing teams. In addition, the festival prioritizes intersecting identities that may include women and non-binary artists who have been marginalized based on their race, sexuality, physical ability, and more. Venus Fest strives to create equitable and safer music spaces where the celebration of artistic excellence and community are at the forefront, overcoming long-standing issues of access, representation, and safety.

I founded Venus Fest in 2017, and we have since hosted an annual festival alongside a monthly show series (on pause since March 2020) and professional development activities.

As a musician myself, I have experienced firsthand some of the vast inequity and lack of safety within music spaces. I wanted to use the privilege and access that I do have to create something in service to other women and non-binary artists who were struggling to find their place and their people in a difficult industry. In addition, my work in the healing arts has supported Venus Fest proactively as I strive to work with our team and board to create trauma-informed, anti-oppressive frameworks that aim towards a healing curve for our staff, artists, and audience.

There were a couple DIY events in Canada such as Slut Island and Femme Wave specifically geared towards women and non-binary artists, but to the best of our knowledge, there was only a handful of these across the whole country, and none currently running in Ontario. Coincidentally falling on the 20th anniversary of Lilith Fair, which was revolutionary in some ways but exclusionary in other ways, Venus Fest was an effort to revisit that need, which continues to exist.

The resurgence of the #metoo movement came merely days after the first Venus Fest, in the fall of 2017. While the movement itself had started much earlier with activist Tarana Burke, this more public-facing conversation brought many people (especially cis-gendered men) into contact with realities that they rarely thought about. At the same time, initiatives like the Keychange Project in the UK were emerging, calling music festivals to commit to long-term plans around gender equity and representation. I believe that as with any movement, many people felt inspired to a similar call at the same time, and some progress has been made in certain areas of the world. Within Canada, I have seen organizations starting to consider equity where they may never have thought about it before and more open conversations around the imperative of it. At the DIY level, smaller initiatives continue to integrate these practices with more ease.

While there has been some headway made, we are far from a place where equitable, safe, and connected music spaces are normalized. Much work needs to be done in equitably hiring and developing new leadership within music, especially on boards and directorial roles. Gross inequities still exist with gender and race-based wage gaps and unlearning the internalized biases that may lead festivals to create these issues in the first place. Lastly, while some organizations have begun to include more women and non-binary artists in their lineups, there is often a tokenizing quality that allows the organizations to create a facade of equity and continue to receive funding, while not addressing the deeper issues of power and internalized bias. I believe that some level of inner work is helpful for us all, in order to understand our blind spots and how we can move forward differently.

Support events that celebrate women and non-binary people on all levels – especially on the board and behind the scenes. Donate when you can to the organizations and people who are already doing this work. Continue your own inner work of examining your biases and working to unravel them.

The fifth year of Venus Fest, with a virtual presentation of music and art collaborative videos, happened on October 22-23rd, and an in-person gallery exhibit screening the videos and with a full art installation was on October 15-30.

“La Ronde” From A New Perspective

So, I shot up from Toronto to Meaford last weekend to immerse myself as an electric eclectic. Electric Eclectics is […]

2022 Inside Out LGBTQ+ Film Festival | Documentaries

Inside Out is a Toronto Film Festival focusing on LGBTQ+ voices and stories. It features international titles and domestic titles. […]