Clever Hopes is Andrew Shaver & Eva Foote. They met in Montréal when Andrew directed Eva in the musical Once, a show she carried squarely on her shoulders. Clever Hopes was born in the spring of 2020 as Andrew prepped, what would end up being, an album’s worth of songs. He’d write in the morning, send scratch recordings to Eva in the afternoon and by night those sketches had found a shape strong enough to sustain themselves. In October 2020, Andrew and Eva went into Union Sound in Toronto to record their debut album, helmed by producer Matthew Barber and brought to life by a band of all-stars that included Noah Reid, Justin Rutledge, Joe Grass, Steve Zsirai, & Marshall Newman. That album, Artefact, is out on January 20, 2022, and has been heard on SiriusXM North Americana, across the country on CBC Radio One, and CBC Music Afterdark with Odario Williams. 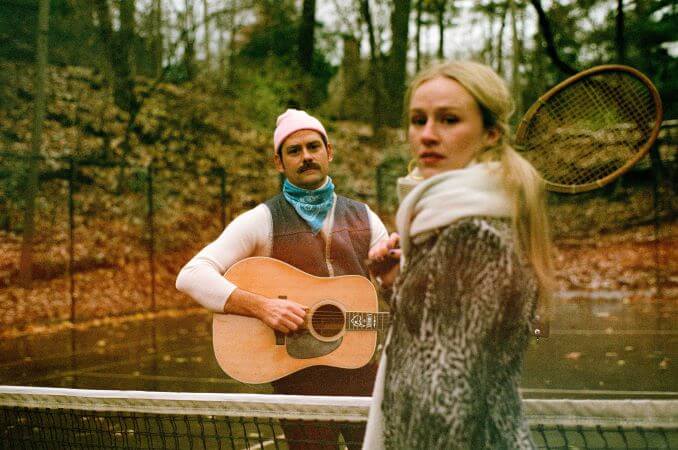 “The Other Side” – Soundcloud or Visualizer

Andrew: Twisted Sister when I was 8. Billy Idol by grade 5. The Black Crowes in high school. You’d think I’d wanna rock a little harder now. Maybe I do. Maybe I will?

Eva: Oh god. That’s a hard question you know. Probably The Weather Station but then Gillian Welch but also Bonnie Raitt but then also Anais Mitchell but you can’t forget Pinegrove and – ok I think this question is inappropriately hard.

Andrew: Foreigner’s I Want To Know What Love Is

Eva: Rain On Me – Lady Gaga (I think my actual pulse goes up when I hear this song)

Andrew: Years ago I did a clown show at Soulpepper. In it, I sang a Google translated Row Row Row Your Boat in Italian to the tune of La Dona e mobile from Verdi’s Rigoletto. High art. I still sing it anytime I’m about to perform anything.

Eva: PRE-SHOW TODDY, and also make sure your guitar is in tune.

Eva: Sam Tudor but don’t tell him it’ll go to his head.

Andrew: Road – but that’s really from all the time spent doing theatre on the road, and going to see shows.

Eva: Studio only because I haven’t really toured much. Don’t laugh.

Andrew: Cowan. I live in Parkdale and love its mix of character, with its little jungle gym and splash pad parks separating high rises and shelters on one street, from big old summer homes, from when Parkdale was Toronto cottage country, on another.

Andrew: Ashbridges Bay. It’s Toronto, but also, kinda Vancouver? And it’s that much closer to Montreal than High park is.

Andrew: Dakota. Love the vibe, the artists they book, and the early shows!

Andrew: Dowd Musical Instruments. Look, it’s not your everyday music store, no. It’s a repair shop, sure. But Bruce is the best in the biz, been doing it for years, and I’ll take the opportunity to give that man (who needs no plug) a plug.