Canadian comic Cara Connors now lives in L.A. but the comedian is heading home this weekend as a part of her first North American tour which includes a show at Comedy Bar with Toronto’s own Natalie Norman opening. We got the chance to chat with Cara prior to the show to find out more about her. 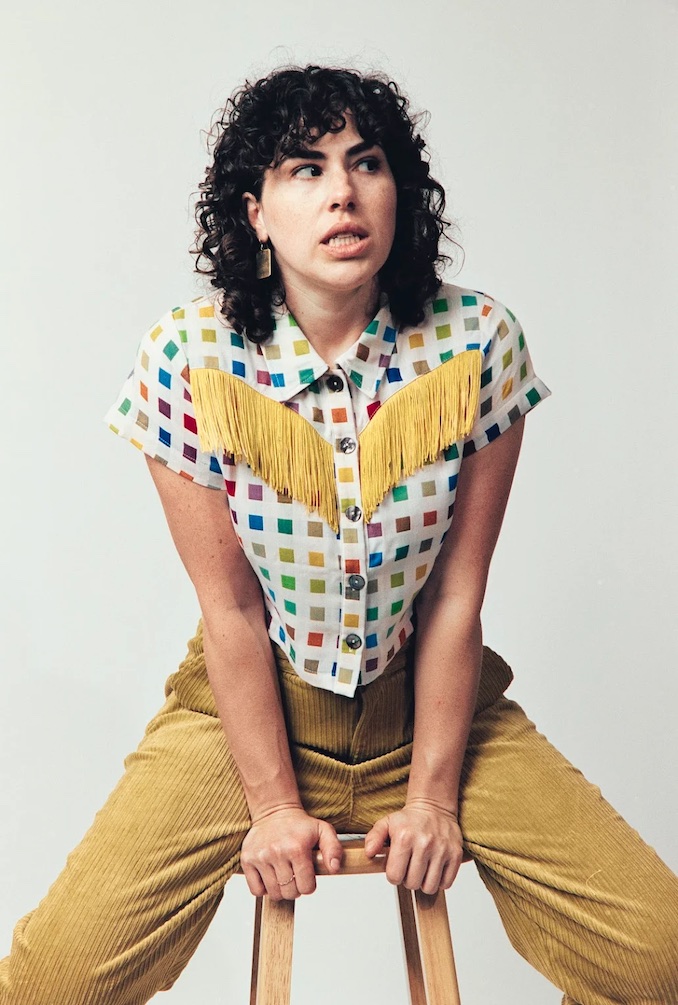 My comedy style is energetic, emotional, and also completely absurd. I would describe myself as a performer as a fearless and enthusiastic creator of chaos with an uncomfortable commitment to catching people off guard with my own vulnerability. Everything I do on stage is both intentional yet also completely in the moment. I am very physical and playful and thrive on the unique circumstances of each show. I purposely put all of my flaws and neuroses on full display in the way I express myself on stage. I alternate between charming and befriending the audience to then stepping into an unhinged character to shake them up. It’s live theatre! And I think people crave and deserve to have an EXPERIENCE! My comedy is definitely also unapologetically feminist and queer and tends to vacillate between the political and purely silly. It’s widely relatable but also deeply niche and resonates with all kinds of folks. I spent so much of my life feeling disconnected and ashamed about fundamental parts of my identity that as I brought this hour to life, I was determined to create a show that would represent and celebrate my authentic experiences and hopefully make other people feel less alone too.

Chelsea Handler and Issa Rae for their abilities to run entire empires and tell their stories in so many different formats. Leslie Jones for her authenticity and energy on stage. Rory Scovel for his commitment to the craft and experimentation while also killing every show he does.

I was absolutely obsessed with Molly Shannon and her unrepentant commitment to physical comedy and a wide range of deranged characters. I re-watched Superstar on VHS so many times it was probably mildly concerning for those around me!

Maria Bamford is a genius who never fails to make me laugh extremely hard and is one of the most original, interesting people making comedy today. Beth Stelling is unbelievable and such a sharp writer and so genuine. I also can’t get enough of Ziwe and her IG lives and then show got me through many low points of the pandemic.

I usually eat a nice meal with a close friend early in the day and try to get outside. Then I spend the following 8-10 hours before the show anxiously pacing around my room running my set, reviewing my notes and listening to the last performance I did to refine what I want to do that night. On a show day I enter a very focused zone and don’t really like to be around anyone until after I perform.

So many places! Austin, Portland and Montréal stand out as particularly fun crowds on this tour particularly because they were so ready and willing to have fun and let loose and were on board immediately with what I am doing. My favourite place to perform comedy in the whole world is hands down Comedy Bar in Toronto. It’s where I cut my teeth as a performer and my comedy home. Toronto is a smart, progressive, comedy-loving city and I am so happy and proud to be bringing my hour home this weekend.

I think that whenever possible, I always love to watch people live! Support your local comedy scene and independent venues and producers. I find the funniest people are often on some weird, alt show in a random laundromat with a dedicated following versus an archaic club in a strip mall.

LA is actually flawless and hard to joke about! Don’t believe the rumours! It’s not all ruthless, egotistical, ladder climbers with a penchant for having untreated personality disorders. People are actually SO friendly and down to earth…when they want something from you. (Can you tell I miss Canada?)

I am currently on my first North American tour with my hour, Straight for Pay, with upcoming dates to be added for this summer and a forthcoming album as well so stay tuned!

My opener, Natalie Norman! She is an iconic and unfailingly hilarious Toronto-based comedian who is so unique and bold and criminally under-rated. She’s been in Just for Laughs and runs a weekly show at Comedy Bar called Crimson Wave. Go follow her!

The new sketch comedy show, The Best Is Yet To Come Undone, confronts how pathetically sad and ugly insecurity and […]

We’ve all heard that tired old adage about “10,000 hours” – as if there’s some concrete, magical number that can make […]