The Alter Kakers are a three-piece indie rock band from Toronto. This rock and roll trio is comprised of Steve Bronstein on guitar/vocals, Cary Corvair on bass/vocals and Dan Barsi on drums. The members all met while playing in another band called The Dropjoys and after Steve left the band Cary and he kept jamming for fun which led to asking Dan to join in. It didn’t take long for them to figure out this new chemistry would lead to expanded creativity with new songs, broader musical palettes and endless stages to grace.

The Alter Kakers have been a constant fixture on the Toronto music scene recording and performing music together for over 12 years. Their music, like them, is constantly evolving. Join them to see where they go! 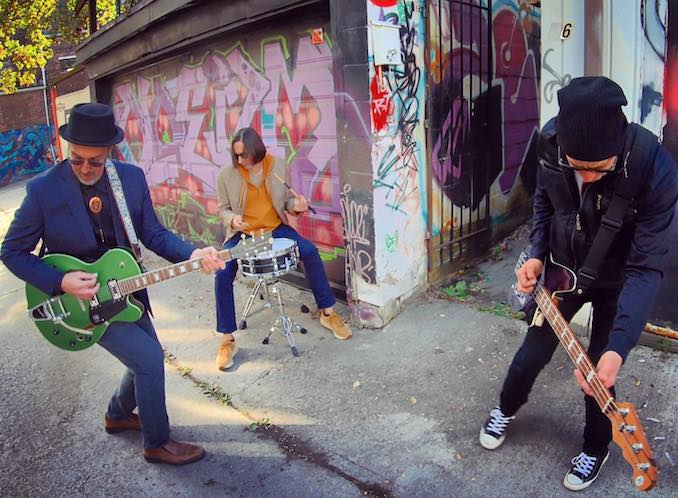 None. Plug-in and play

Our latest single is a rocking version of Leonard Cohen’s Hallelujah. I don’t think anyone has ever done it like this before!

Kew Beach Dog Park. My dog made me say that.

Based in Toronto, MONOWHALES exploded onto the scene with a DIY ethos and killer live shows. The quartet is currently […]

“Five MInutes with” Daniel Busheikin, Guitarist and vocals of No Frills

Therapists are very expensive. But writing songs is free. That’s why Daniel Busheikin started No Frills, a bedroom-pop project brought […]