When I was in undergrad, I lived with three friends in a house that had only one house rule: no matter the time, no matter the day, no matter the upcoming exam, if someone turned on the TV, cranked the volume to max, and booted up Mario Kart 64, everyone had to pause what they were doing and descend on the living room for a full 16-course MK64 competition. The vroom vroom of the Nintendo logo at max volume was an unmistakable call to action, one that we did not take lightly.

Nintendo Switch’s Online + Expansion Pack brings Mario Kart 64, along with several notable N64 and Sega Genesis titles, to an online-enabled multiplayer environment. In theory, it’s the service I’ve always wanted, letting me reconnect with old housemates through online play. Unfortunately, the MK64 on display here is not quite the game we remembered, turning what should be a heady nostalgia trip into an object lesson in Nintendo’s indifference towards emulation and multiplayer. It’s still really cool that I can play Mario Kart 64 online, but I just wish the whole thing worked better. 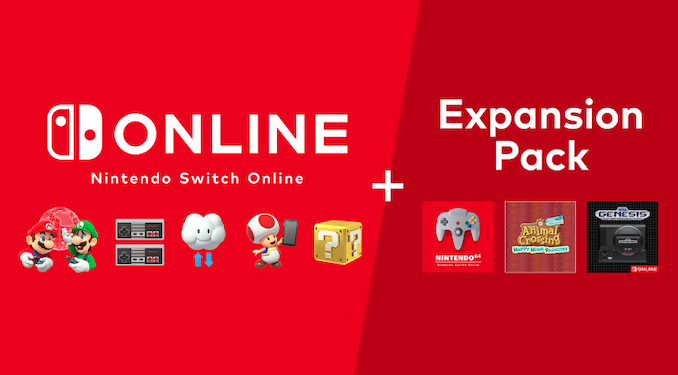 The core Nintendo Switch Online subscription costs $24.99 per year. For $24.99, you get access to online multiplayer for Switch games, and a library of about one hundred classic NES and SNES titles. The price point is pretty good! It’s a heck of a lot cheaper than comparable services on PlayStation or Xbox, and the added 100+ retro titles is nothing to sneeze at.

Last month, Nintendo debuted its new “Online + Expansion Pack”, which adds a DLC pack for Animal Crossing, nine N64 games, and fourteen Genesis games. If you don’t have a current online subscription, the Online + Expansion Pack costs a whopping $63.99, fully $39 more than the base subscription. If you’re already subscribed, you’ll only have to cover the price difference, prorated to reflect the months remaining on your current subscription. The math is needlessly confusing, but the bottom line is that it’s going to cost gamers $64/year if they want access to this upgraded service.

All due respect to Tom Nook, but the main selling point of the Expansion Pack is the online capability of (most of) those N64 and Genesis titles. In addition to Mario Kart 64, you can play online versions of Mario Tennis, Star Fox 64, and Sonic the Hedgehog 2, among others. If online consoles existed back in 1997, I would have lost my mind.

As it is, these online-enabled translations are fun, but they have their quirks. (Also, it will never cease to amuse me that Nintendo is now host to a robust Sega emulator. So much for rivalries.) 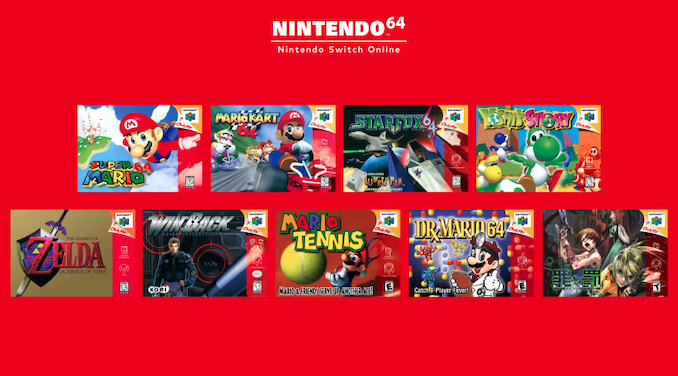 The Online Expansion has been out long enough for its many technical issues to make themselves known, at least on the N64 releases. Some of these are quasi-excusable, like the way the new hardware accidentally improves the draw distance in Mario Kart 64, such that it’s now obvious when characters/objects “pop” into existence. I don’t remember drivers disappearing and reappearing based on how far they were from me, but then the N64 original was pixelated enough that I wouldn’t have noticed.

Other technical problems are less excusable. A lot of the N64 games have weird graphical issues which were not present in the original, or which were obscured by deliberate “fog” on the old hardware. Ocarina of Time has annoying input lag. My beloved MK64 really, really wants me to insert an N64-era “Controller Pak” in order to save Time Trial data.

Everything seems to stem from the lazy emulation software that Nintendo is running. It says something about a company when it can host online Mario Kart 8, a game from 2017, with ease, and yet its current-gen system chugs along when it comes to Mario Kart 64, a game from twenty-one years earlier. It’s also ridiculous that the Online Expansion does not allow for random match-making on N64 or Genesis games. Not all my friends own Switches, and I’ve love to be able to hop into a public lobby or compete in global leaderboards in MK64 or, dare I dream, GoldenEye. Once again, Nintendo’s conservative “stranger danger” philosophy actively undercuts the multiplayer experience. 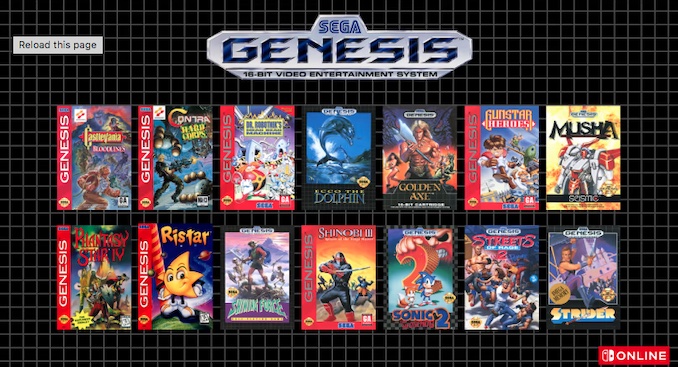 My favourite track in Mario Kart 64 is the notoriously difficult Toad’s Turnpike. The Turnpike pits you not only against other racers, but a highway’s worth of slow-moving vehicles that knock you out if you make even the slightest contact. There’s nothing more frustrating (and hilarious) than bumping into a bus, spinning out of control, then getting run over by the truck that was directly behind it. We used to call it “hitting a convoy”, and knocking a friend into a convoy was a great way to turn the tide during our near-daily competitions.

Not to strain a pun, but Nintendo Switch’s Online + Expansion Pack screams “reverse course” at every other moment. While much of it is fun, and some of it is essential (shoutout to Ocarina and Mario 64), there are times when it malfunctions so badly you just want to turn off the console and switch over to some other, more functional online service.

Still, there’s nothing quite like Mario Kart 64, or Streets of Rage 2 for that matter. That’s probably why more experienced gamers, like this MK64 nerd, will stick it out on Switch despite the Expansion Pack’s more troubling aspects. Even as Nintendo dares us to reverse course on our hardware choices, nostalgia prevails. Here’s hoping the NHL 99 online mode is better.

Our review of Hitman 2, developed by IO Interactive. Released on November 13, 2018 for PlayStation 4 (reviewed), Microsoft Windows, […]