It’s been a busy year for Catherine Hernandez who saw the film adaption of her popular book Scarborough premiere at TIFF where it was first runner-up for the coveted People’s Choice Award and winner of the Shawn Mendes Foundation Changemaker Award. Now the award-winning author and critically acclaimed screenwriter, has just released her Audible Original sketch comedy show Imminent Disaster.

In this 10-episode series, Hernandez brings laughter to these terrifying times with short side-splitting scenes fueled by the absurdity of our lives while facing the edge of existence. Imminent Disaster features a roster of exciting comedic voice talent from the BIPOC community such as Tita Collective’s Alia Rasul and Scarborough’s (the film) Cherish Violet Blood to bring these scenes to life. These quick-witted scenes are unrelated, allowing there to be countless episodes of hilarity. 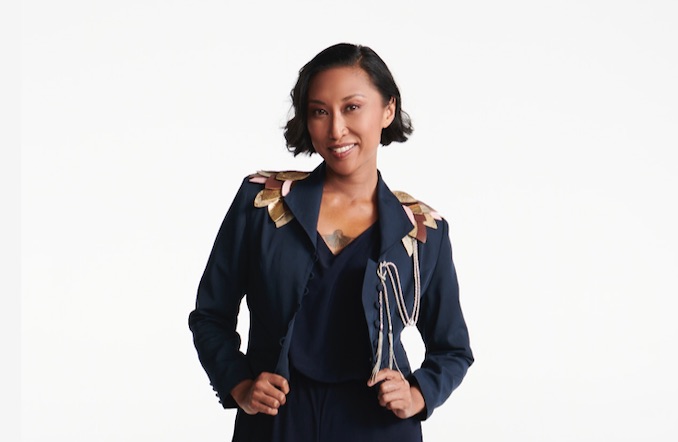 We had a chance to catch up with Hernandez recently to learn more.

What an exciting Fall season it has been for you! First the TIFF accolades on Scarborough adapted from your book and now you’ve got an audible comedy series!  What made you decide on diving into the world of audio with comedy?

CH: Thank you! This year has been one blessing after another and I feel grateful for the support of my fans and colleagues. As a queer brown woman who was once a single mom, I have survived some pretty traumatic things and the only way I could get through without completely breaking down was to find humor in it all. That’s why comedy has always been a part of the art I create. From film to books, I love writing material where it hurts to laugh and it feels good to cry. When Audible invited me to pitch an Original series ideas to them, I knew I wanted to create a sketch comedy show that would help people giggle through the absurdity of our times. I wanted a show that said everything people want to scream at the sky but can’t.

You will have guests on your series, can you tell us more?

CH: My cast is made up of some of the most exciting voice talent from the BIPOC community. Folks such as Alia Rasul from the groundbreaking Tita Collective and Cherish Violet Blood who blew audiences away at this year’s TIFF presentation of Scarborough, will bring my scenes to life.

Where did the name of the audio series come from?

CH: I wanted the series to capture the cloud hanging above everyone’s heads right now: the possible end of our species due to climate change, the pandemic and worldwide political unrest. The ludicrousness of this chapter in history — possibly our last one — is a sketch comedy show unto itself. So I decided to call it what we are all facing: Imminent Disaster.

How much freedom did you have with audible.ca to develop this series?

CH: The great thing about Audible.ca is that I very rarely had to censor myself, which is pretty apparent in the writing. I was able to discuss things in great detail about my reality living as a queer brown woman that I know would have been nixed in another format.

Are there any subject matters you wouldn’t touch in sketch comedy?

CH: I don’t create comedy that encourages beliefs that endangers groups of people and their safety. There is a lot of material out there that doesn’t question the humanity of certain communities. Writers, performers and producers can always do better.

You’re an author and a playwright but how did you get here… into sketch comedy?

Comedy has always been a part of the work I create. It is easy for me to find the funny, even in the most terrifying, most depressing subject matters. Crafting ridiculous scenarios based on real-life events is natural to me and this show gave me the opportunity to share it with you all.

I graduated from theatre school but I have never been formally trained in writing. I am just a curious person. I wrote my first novel because I just wanted to try it out, submitted it into a competition in the hopes of getting feedback and was given an award for the unpublished manuscript. I wrote my first screenplay because I just wanted to see if you could write a fiction film but make it look like a documentary, and it became the hometown darling for TIFF 2021. Needless to say, my curiosity has paid off. With this series, I decided to just have fun and commit to paper — and the mic — my feelings about the world we live in.

So, what made YOU laugh during our months of lockdown?

CH: I hate saying this, but I rather enjoyed following celebrity breakups on social media. Breakups are difficult enough as a regular person, but give a celebrity millions of followers and their toxic behavior gets magnified, much to my delight. I loved it when one of them would post a thirst trap of a pic, trying their best to look like they had moved on with their life. Meanwhile the other would post a sad selfie with a long poetic description about finding themselves. The best was when a rebound relationship was introduced. The exotic locations! The yachts! The product endorsements! I lived vicariously through their drama, all while wearing polka dot pajamas.

Do you listen to any podcasts, if so, any you loved?

CH: My absolute favourite podcasts of all time are Ear Hustle and Criminal. I love how these hosts ask questions and respect the dignity of their guests. Of course I must mention The Secret Life of Canada. My dear friends Falen Johnson and Leah-Simone Bowen tell the untold and undertold stories of this nation with unapologetic humor. I think the show should be required listening for all Canadians. 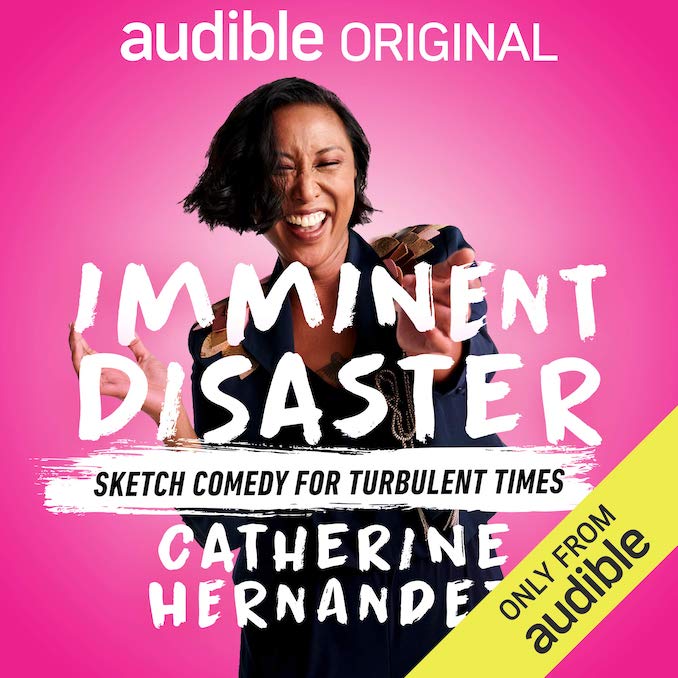 Catherine Hernandez is an award-winning author and critically acclaimed screenwriter. She is a proud queer woman who is of Filipino, Spanish, Chinese, and Indian descent and married into the Navajo Nation. Her first novel, Scarborough (Arsenal Pulp Press), won the Jim Wong-Chu Award for the unpublished manuscript. It was also a finalist for the Toronto Book Awards and was longlisted for Canada Reads. Her children’s books include M Is for Mustache: A Pride ABC Book (Flamingo Rampant) and I Promise (Arsenal Pulp Press). She wrote the screenplay for the film adaptation of Scarborough, produced by Compy Films, which had its world premiere at the 2021 Toronto International Film Festival and was picked up for distribution by levelFILM. Her second novel, Crosshairs (HarperCollins Canada, Atria Books US, Jacaranda Books UK), was shortlisted for the Toronto Book Award and made the CBC’s Best Canadian Fiction, NOW Magazine’s 10 Best Books, Indigo Best Book, Audible Best Audiobooks, and NBC 20 Best LGBTQ Books list of 2020. She is the creator of Audible Original’s audio sketch comedy series Imminent Disaster.

A sweet and beautiful picture book about how queer families start with the promise to love a child, I Promise […]