Gracie lives in two-worlds in Lily Chu’s debut rom-com audiobook The Stand-In. Set in present day Toronto, we follow this story of a young Chinese Canadian woman who is approached by a movie star and is offered a job as her body double. 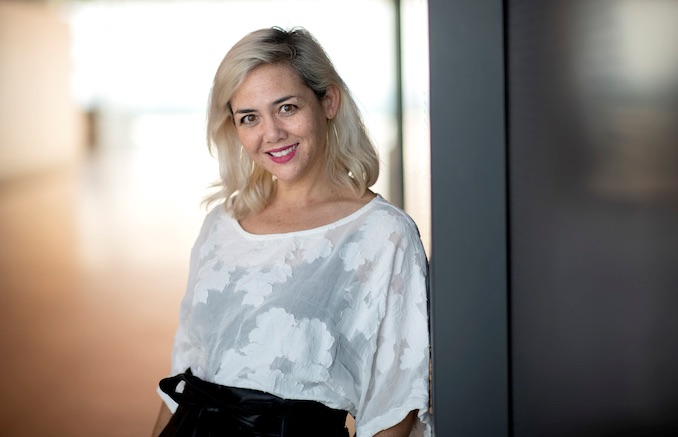 Gracie is mistaken by paparazzi for a famous Chinese actress in Toronto performing in a play. This incident leads to the actress hiring Gracie to be her double at public events, alongside her co-star and rumoured real-life love interest. It seems like a perfect scheme until sparks fly between Gracie and the leading man. Over the course of this unputdownable story, worlds are turned upside-down, enemies become lovers, and the genre’s most enduring tropes break out of their molds in the best way. How it ends? We didn’t see it coming!

More than your average rom-com, Toronto-based writer Lily Chu also incorporates the experience of first-generation-children-of-immigrant-parents and smart, subtle commentary on fame and fortune into an already rich love story.

The new Canadian Audible Original (available on audible.ca) launches on July 15 and is voiced by Phillipa Soo, who starred as Eliza in the beloved original cast of Hamilton.

We had a chance to chat with Lily Chu recently about this fun new story! 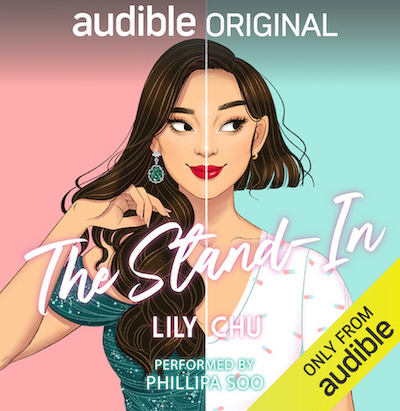 Can you tell us what inspired you to write this story?

LC: Inspiration for The Stand-In came from a few places. I wanted to write a book with a biracial main character who experiences the world in a similar way to myself, because there aren’t that many books where I see that reflected.

On the fun side, I wanted to write a light, entertaining story for people to escape into. I wrote this in winter/spring of 2020, so that element became increasingly important as the world changed with the pandemic.

How did you get involved with Audible in creating this?

LC: Audio is beautifully suited to romance because of the format’s ability to elicit strong emotional responses. The Stand-In will also be released in print next year, for those who want both.

We often talk about that “imposter syndrome” in life — many of us have felt that. But what’s different here?

LC: Imposter syndrome, love it. Who doesn’t enjoy feeling they’re going to be exposed as someone who has no idea of what they’re doing? It’s such a finicky beast because usually we really do have the skills, judgement, and expertise to do the job. Here, Gracie truly is a fraud and she has good reason to fear being caught out because she’s a literal imposter. But the great thing about Gracie is that, like many people, she also has the resources and determination to make it work—and she does.

Have you ever been mistaken as someone else?

LC: Not specifically, but there was a brief period when a few people asked if I had a twin who worked at a bar on the Danforth. I was thinking about this when I was plotting out the book, which for me always starts with a ‘what if’ question. ‘What if Gracie had a doppelganger and what sort of shenanigans would ensue’ eventually turned into ‘what if Gracie had a doppelganger who was famous and needed her help’?

If you could be like Gracie and step in for a celebrity who would that be?

LC: Assuming I have the ability to shape-shift, I’d pick Michelle Yeoh. It would be fascinating to experience the life of an actor at that level of her career. And Gracie might be a fast learner in Celebrity Impersonation 101, but I’ll need about a year of intensive training to gain even an iota of the necessary poise and sophistication.

Phillipa did a great job in helping us envisioning the different characters in the story. Did you offer any advice or your vision on the character voices?

LC: Phillipa did an extraordinary job of capturing the characters through their voices, and I particularly loved how she rendered Sam’s British accent. It’s interesting—the book wasn’t written specifically for audio, so there is an audio draft that removes lines such as ‘She sighed’ because they can be replaced with an actual sigh by the narrator. I put in comments on the audio draft regarding how I imagined certain scenes in audio. We also talked about how we envisioned the characters’ voices to sound to appropriately reflect their backgrounds and personalities.

Mostly I would have suggestions and Phillipa would counter with better suggestions.

Love all the Toronto references and you’ve really captured the feel of city life in such a subtle way both great for the local and those who have never been. You mentioned TIFF — and now we’re thinking this could work on the big screen. Did that cross your mind as you were writing this novel?

LC: It didn’t cross my mind at all, although I would love for this to happen! It would be great to see a movie where Toronto was filmed as Toronto and not a stand-in for Chicago or New York. I’m definitely one of those people who whispers, oh I think that’s University Avenue when I spot locations on the big screen.

We have so many interesting neighbourhoods that I find the city to be a constant inspiration. I do a lot of walking around when I’m thinking out ideas.

Who would you love to see casted in a movie version? (I’m curious about who you envision as the most handsome actor to fill these shoes?)

LC: Phillipa Soo would be a lovely Gracie / Fangli, of course. She brought such a depth and brightness to the character’s voice that seeing her create Gracie’s physical mannerisms would be fabulous.

I will put out to the universe that fellow Torontonian Simu Liu would make a fantastic Sam. He has that perfect balance of sexy thirst trap man and fun dude.

There are some incredible casting opportunities for that role and I would be totally on-board with sitting in on auditions if needed.

Sooooo, when are we getting a sequel?

LC: I have an idea for a sequel, but my next book will be a rom-com starring an uptight Toronto lawyer and impulsive K-pop singer, coming out in 2022. The draft is complete and I’m in love with the main characters, but I don’t want to give any spoilers.

And your final thoughts here?

LC: The Stand-In looks at complicated issues such as race, family, mental health, belonging, and the experience of being biracial. It’s also a great beach read with a romantic love story, I promise. I hope you love Gracie and Sam and Fangli as much as I do.