There’s a famous saying “Ti, ti the set manga de Milàn!” that is commonly heard in Milan. It translates to “You, you’re not from Milano!” We’re told that it’s meant to be an affectionate recognition of Italy’s most multi-cultural and vibrant city. We can relate as most of us here are from somewhere else. So, it’s no surprise that Milan and Toronto are considered twin cities. What also ties us together our love for food, art, and style. It’s fitting that in the heart of Yorkville, Trattoria Milano is here to feed our passions.

At the corner of Bloor and Bay streets is where you’ll find Trattoria Milano located on the second floor of the very popular Eataly – a 50,000 square foot Italian marketplace. This restaurant is tucked away from the bustling vibe of shoppers and onlookers. Here, in this more intimate setting is where you can “eat like a Milanese”. 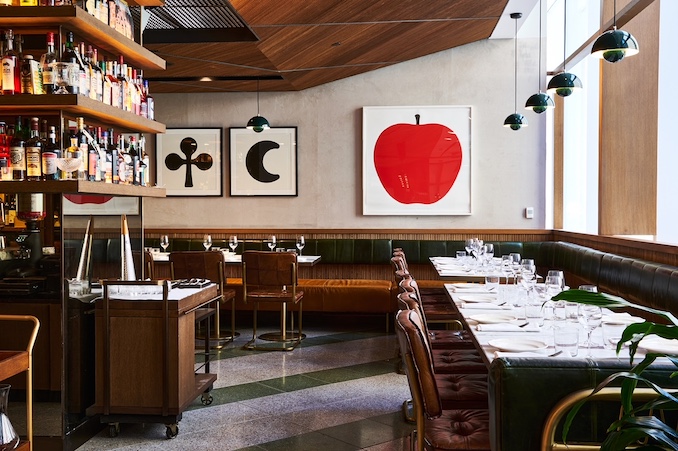 Milan is known as being the leading fashion and design capital rich with arts and culture. It’s home to Leonardo da Vinci’s “The Last Supper” and also famous for Duomo di Milano which took over 500 years to build and home to 3500 statues. Major luxury fashion houses such as Valentino, Fendi, Versace, and Bulgari are either founded or headquartered there.

When it comes to food, the city’s location in the northern region is prime for rich flavours, rustic and hearty dishes that are deeply satisfying making Milan one of the most popular food destinations in the world. Trattoria Milano’s Chef de Cuisine Luca Lussoso offers many traditional Milanese dishes using many authentic Italian ingredients. A delicious starter on the new menu includes Mondeghili, a fried meatball that originates from the region. L’Ossobuco (aka Osbus in Milanese) is a gorgeous veal shank that is served with a beautiful saffron risotto and shareable! Also worth trying is the Cotoletta alla Milanese, a traditional dish that dates back to 1134 — a thinly pounded bone-in veal chop that’s resembles an elephant’s ear. 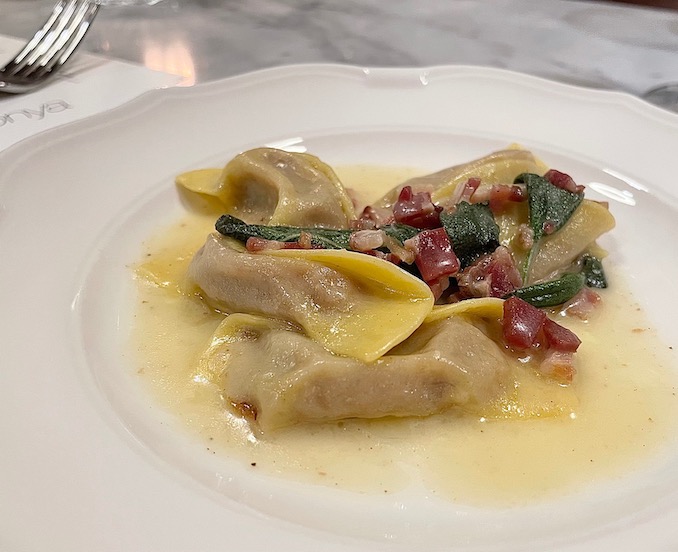 If you’re curious about the Casoncelli pasta dish on the menu it too is traditional to Milanese cuisine. The shape is like a little coffin and is filled with braised veal, seasoned with amaretti, golden raisins and vegetables. It is served “alla Bergamasca” made with butter, rendered pancetta and sage. 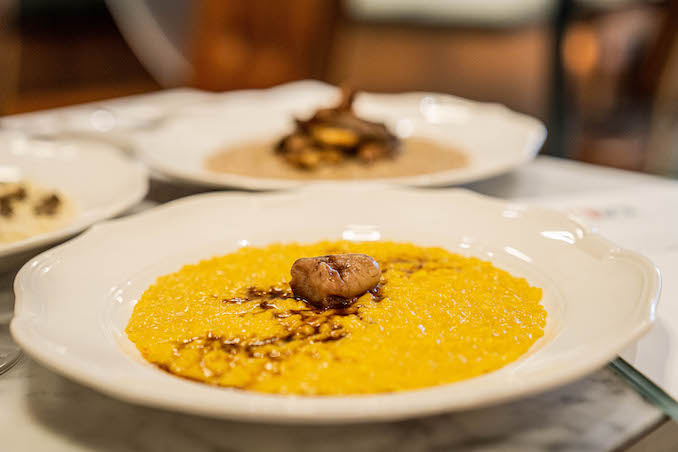 While we often associate pasta with Italian dishes, rice is commonly found especially in the northern regions. It was during the Renaissance when the swamps near Milan were turned into rice paddies. The classic Risotto alla Milanese was created in the late 16th century during the construction of the Duomo. Its origins, according to legends, was either invited by a master glazer or painter who worked on the construction. 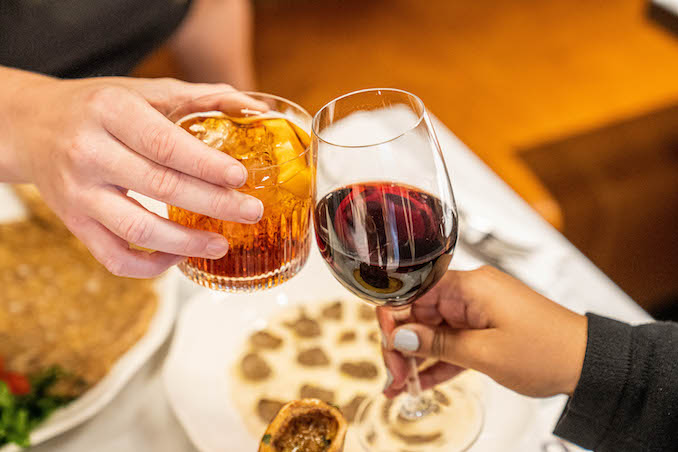 Of course, you cannot think of Milan and not immediately think of the Negroni — while there are several variations of the orange bitter aperativo, the smooth classic found here is made of three ingredients of Campari, Vermouth and Gin. Not to be missed for wine lovers is Trattoria Milano’s extensive wine list (considered to have one of the largest selections of Italina wines in Canada) highlighting the Barolo, Barbaresco, Franciacorta, Valpolicella and Alto Adige regions.

All You Can Eataly: Best of Toronto Edition