Things are getting really weird. Not because of Covid – that’s beyond weird. It’s the spookiest time of the year and we’re drawn to all things unexplainable. Why do we love to be spooked? Whether you believe in ghosts or not, it’s a month filled with curiosity and that’s why we’ve agreed to visit yet another haunted location with ghost hunter and mentalist Jaymes White for the Eatonville Farmhouse Séance. 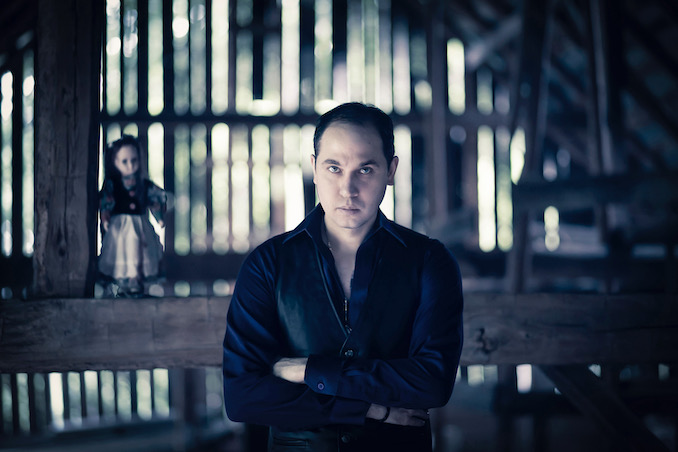 Held at an 1870s built Victorian Farmhouse, White invites the public to this chilling location for his popular séances to help conjure up the spirits. For two months, he will attempt to waken the dead twice each night. Visitors have a unique opportunity to gain insight to the stories from the past and explore the home once the night falls. Creaky floors and unusual scents are included in the ticket. Paranormal activity is more than possible. “A lot of it depends on the group dynamics,” says White “each night is different, but I can promise you it will be something you have never incorporated into the experience.”

White is constantly researching reported paranormal activities in various locations and his interest in the unexplained coupled with his skills as a mentalist makes for an unforgettable night full of excitement, intrigue, and eerie experiences. While there are MANY haunted locations across the city, White tells us that often it’s the public who tips him off about the most unique spots.

“It has almost been two years since we have done an in person séance. How we find locations is we have fans email us with spots they know that are haunted and then we try to secure them. That is how we got this location and I really wanted it because of the items within the house. We find with Toronto specifically a lot of old haunted historical locations are run by the city of Toronto who for some reason don’t really rent them out or even respond to inquiries so they pretty much sit empty so we were lucky to find this one not owned by the city and honestly thought it was perfect,” said White.

The Eatonville Farmhouse and its estate is often used as a venue for special events. Sitting on the original land that was once an apple orchard, it is a self-run historical site. The Farmhouse itself was moved from its original spot still within the original property’s grid but remains intact with many of the original belongings. A wander through and  tour the house you’ll discover furniture, photos, toys, quilts and other artifacts. A porcelain doll collection and an old doll house sits in the basement of the house.

White has been performing the séances for five years at different locations but the most recent spine chilling experience was actually during this pandemic lockdown during one of his virtual sold out live séances called EVOKE. “What happened is we truly believe someone got possessed and we were dealing with it for hours after the experience. Like it was almost like they became a different person. Luckily everything turned out all right, but it was crazy to have that experience over an online experience.  Another night when a person was trying to get into a hypnosis state of mind their lights all just turned off and came back on when they were out of the trance. It makes no sense because no one else was in the house,” said White. 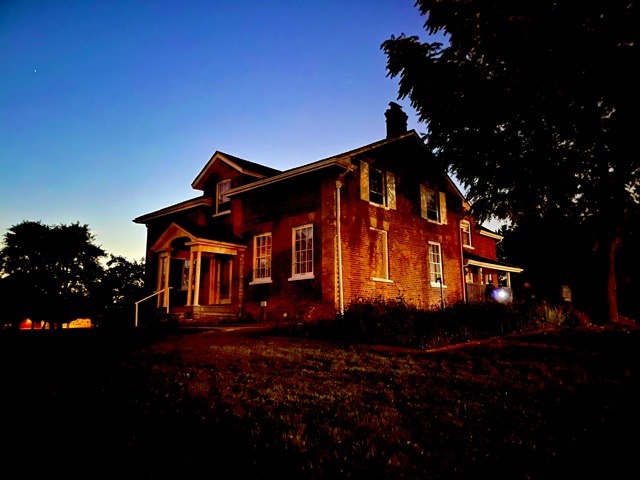 The Eatonville Farmhouse Séances returns to in-person experiences. White tells us he’s excited about trying to get back to some kind of normal. “I think why my seances always did well was because it allows you to escape reality for a few hours. I think people desperately need something like that. I am looking forward to just the interactions and getting to see people. I have the feeling it will be really special for many.”

While we’re still adapting to Covid health and safety protocols, the séances have been slightly modified. Ahead each the night, participants are provided with information in keeping with the latest government recommendations and each time slot allows for a smaller number of attendees — which actually is better since you get an even more intimate experience. There will always be an additional guide on hand to ensure everyone is keeping with protocol…and there to escort anyone who feels like the evening’s events are too much to handle and need to leave. It’s happened before.

Soooo, how scary is it? White always tells people to go in with an open mind. “It’s not as scary as people make it out to be…just go into it with an open and mind and try your best. If you open your mind to it I can guarantee you will have never experience anything like it before I really enjoy meeting people who have never done it before because they are always so mesmerized.”

This is true. Before entering the Farmhouse, a couple that were part of our group were both nervous and curious. The wife had purchased tickets for her husband as a birthday gift. They had the most encounters during our séance that was truly unexplainable.

If you’re lucky (or unlucky) enough to experience a paranormal activity here you’ll want to make sure you follow White’s rules. We asked him what happens if a ghost follows us home? White tells us the best thing to do is to contact him right away and he’ll make sure you’re okay. He’ll also resolve it. “We have found over the years that people who have had stuff follow them home are groups that break the circle. I would suggest not doing that during the experience,” said White.

You’ve been warned. DO NOT BREAK THE CIRCLE.

Also, for those who have attended one of his séances before…Andy is back.

We won’t give any spoilers or secrets away. But we will share what happened after our séance night. As we said our goodbyes to all group a large coyote was spotted in the field in front of the house. He ran away and we could hear the pack howling in the darkness of the night. Jumping into the ride share car we chatted about the experience. Our driver was noticeably uncomfortable but didn’t say a word until we dropped off my friend. When he continued to drive me back home he had a lot of questions, as a believer, of the paranormal he was nervous. Then, his phone suddenly shut down on its own and he was more than a little concerned. He lost his way to getting me back home but I told him it was just a coincidence. All that time during the ride I was holding onto a gemstone that is supposed to ward off unwanted spirits… just in case.

Jaymes White Eatonville Farmhouse Séances run until November 27, 2021.Tickets are $66.66 each (of course).  To find out more and if you’re brave enough to book, visit his site here.

I found this house on one of my trips out of the city for our Ontario travel column. It […]

If you were given the opportunity to attend a séance, would you go? It came up for me and honestly, […]

It was a year ago when I first attended one of Jaymes White’s séance events in Toronto. It was an […]