This past week I read K.J. Howe’s debut novel The Freedom Broker. Although action-based novels are not usually my go-to book, I decided to give this one a try, which turned out to be a great decision. 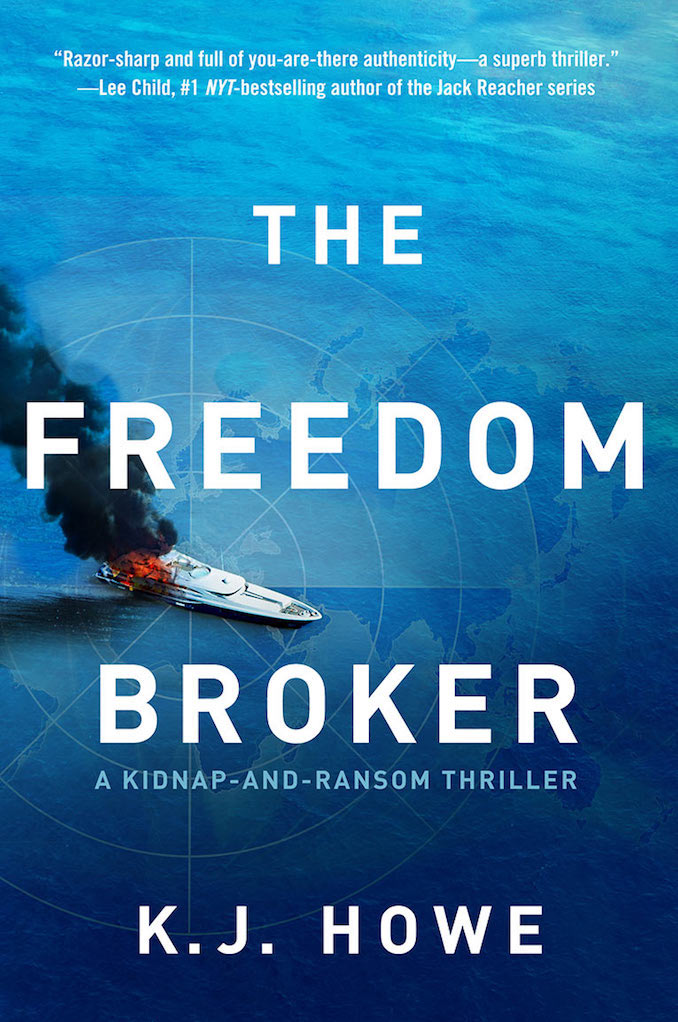 The Freedom Broker is a kidnap and ransom thriller with just enough humorous undertones to keep the narrative from getting too factual and monotone. In fact, the first few lines of the story outline this very well as the reader is immediately sucked into the action as Howe writes, “Thea Paris knew the drill. If the mission failed, no one would retrieve her body. She’d be left to rot in the jungle, unidentified and forgotten. And that wouldn’t do. She couldn’t miss her father’s sixtieth birthday party.”

In the first few lines alone, the reader is introduced to the main character Thea, her dangerous profession, as well as a glimpse at her ‘normal life’. The narrative begins intensely, but the tone quickly stops it from becoming too heavy by bringing up the mundane thought of a party she must attend.

The story continues to pick up speed as Thea’s own father is kidnapped with no indicator as to who did it or why, other than mysterious Latin texts on his phone. As Thea rescues kidnapped victims for a living, her skills are put to the test as she sets out to find her dad.

Although the novel was more of a thriller than a mystery, I constantly found myself trying to figure out who kidnapped the father. It kept me second-guessing everything I thought to be true about the book and the genre in general. Some of the twists of the book completely shocked me and I found myself rereading passages to confirm that I had read the sentence correctly.

The writing in the novel was clear and flowed easily. The material was heavy, and I could tell right away that numerous hours of research must have gone into making this book. Nevertheless, the writing never became boring or unclear. In fact, I learned a lot more about kidnap-and-ransom details through this book than I ever thought I would know in a lifetime.

K.J. Howe is a three time Daphne du Maurier Award winner for Excellence in Mystery and Suspense. She became immersed in the world of kidnap-and-ransom after meeting Peter Moore, a computer consultant and a former hostage in Iraq. While writing The Freedom Broker she completed extensive research on the topic of kidnapping to ensure her book would be accurate. She interviewed former hostages, negotiators and special forces operatives amongst numerous other people to make this story come to life.