Our review of Hot Wheels Unleashed, developed by Milestone. Released on September 30, 2021 for PS5 (reviewed), PS4, Switch, Xbox X/S, Xbox One, and Windows. 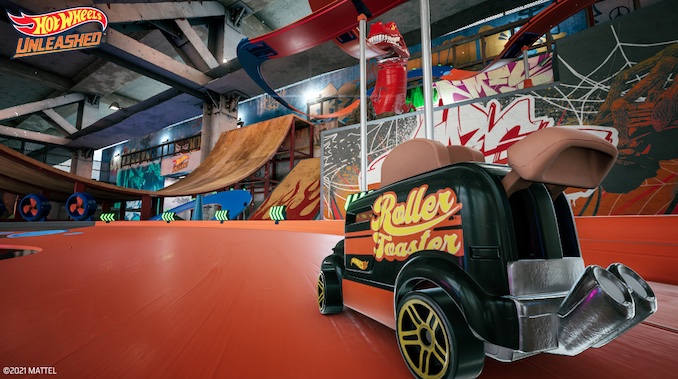 Hot Wheels: the video game. I mean, really, you knew that already.

It sure is a nostalgia rush, and the gameplay ain’t half-bad either. 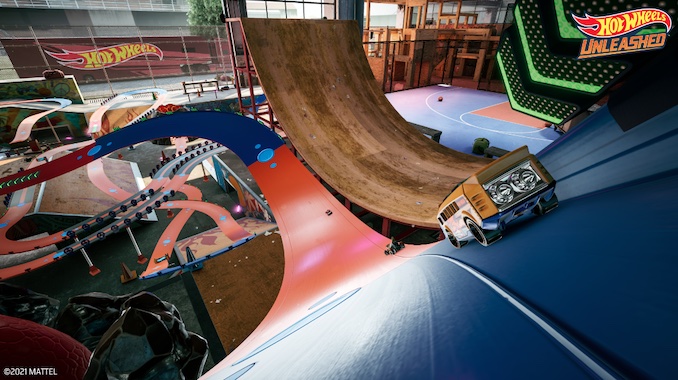 For my tenth birthday, my grandmother got me an air-powered Hot Wheels kit. It worked like this: you inserted your little car into the base of a small air pump. Then, you mashed down as hard as possible, sending the little die-cast toy whooshing across the room and, if you were lucky, up and over the jump you’d constructed out of building blocks. It didn’t always work, but when it did it sure looked cool.

Hot Wheels Unleashed is like that: when it’s firing on all cylinders, it’s a surprisingly effective racing game, especially for something that’s a glorified toy advertisement. Like the LEGO-brand games before it, it’s an idealized version of the toy set you always wished you could build, but your parents would never allow. But it also has some weird quirks, things that don’t quite work the way you want, like a toy car careening off the table and into the geraniums. 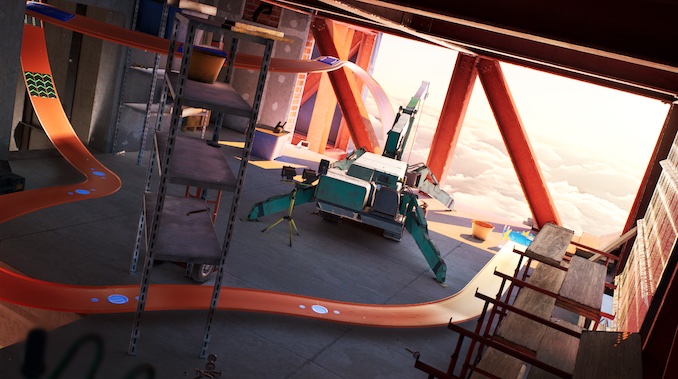 Hot Wheels Unleashed is a lot of fun, but it can be remarkably difficult for a toy-based video game. Vehicles control strangely – heavy on the ground, but ridiculously floaty mid-air – and the boost system is confusing. Worse, your success in a level is predicated on a combination of (a) rote memorization – you’ll spend a lot of time smashing into obstacles until you’ve memorized a course, and (b) having the fastest possible vehicle. It took me six tries to beat the very first race in the game, and that’s only after I realized the default vehicle was simply too slow. When I finally switched to a car with a faster “speed” rating, I won. Factor in the randomness of the (mercifully microtransaction-free) loot crates, and you have a game where luck plays a surprisingly central role.

Also, and I’m not yet sure if it’s a bug or a feature, but this game does not have a normal concept of how brakes work. Forget about slowing down as you head into a corner; this game is all about drifting. It’s bizarre, but the “brake” button only functions like an e-brake. I mean, it’s a heck of a lot better than the last drifting game I played, but it’s, um, unexpected to say the least. 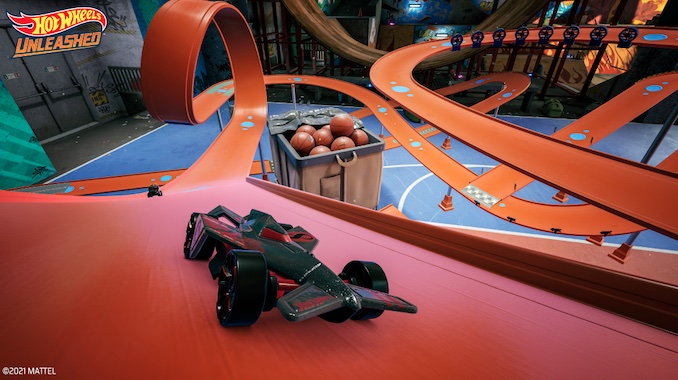 Where Hot Wheels really shines is in its track design, which is uniformly excellent. Every race sends you screaming through over-the-top toy car tracks, with all the loop-de-loops and epic jumps you’d expect. If Honey, I Shrunk the Kids had a video game, it’d probably look something like this.

There’s also quite a bit of F-Zero in Hot Wheels, with its topsy-turvy courses, boost pads, and the ease with which you can go flying off the track or smash into a wall. It’s quite fast, too, though never incomprehensibly so. It’s been a while since we had an F-Zero game (are you listening Nintendo?), but Hot Wheels isn’t such a bad replacement.

I do wish the cars had damage modelling though; it’d be nice to see them explode when they smash into mom’s porcelain. Guess I’ll have to buy my nieces some Hot Wheels instead.

Our review of Fatal Frame: Maiden of Black Water, developed by Koei-Tecmo. Released on October 28, 2021 for PS5 (Reviewed), […]

Our review of Ace Combat 7, developed by Bandai Namco Entertainment. Available now for PS4 (reviewed), Xbox One, and Windows. […]