Walter Woodman, Patrick Cederberg and Matthew Hornick (the “Shy Kids”) met at Ryerson University, where an impromptu acoustic cover of “Baby Got Back” won them the talent show. Their first album “Lofty!” was created when the trio lived in the same 1-bedroom loft in Toronto’s Kensington Market. Its singles were “® o c k e t s.” and “Terminally In Love With You”. They made music videos for both songs spending six months animating candy and performing live with Choir!Choir!Choir! at the church Walter grew up at.

Their second album “in a state…” was accompanied by a 26-minute visual album. “I was in New York” was a Vimeo staff pick, “I Feel Like A Failure” was picked up by Zach Galifinakis’ show “Baskets”. To produce them, they snuck onto episodes of The Price is Right and Disneyland, and did it all with a shoestring crew and budget. Their singles “Backwards in Love” and “I Love Everything” have over a million streams on Spotify.

With a resume that boasts production credits for blockbuster documentary and TV series that have reached household name status (Netflix’s “The Great Hack”, “Athlete A”, HBO’s “The Vow”, CBC Gem’s “Late Night in The Studio”) there’s really no shortage of projects for these kids. But really, at the end of it all, they’re just the shy kids at the back of the class dreaming up what to do next for show and tell. 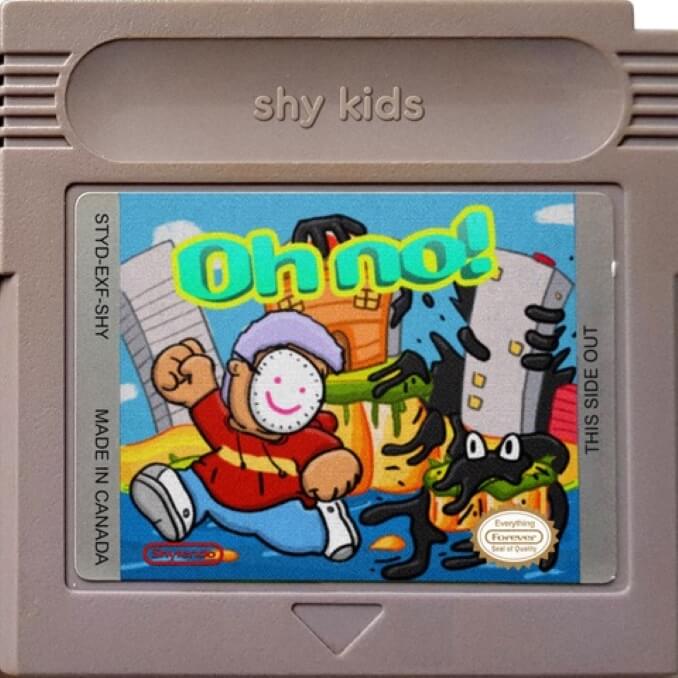 # of Albums: 2 full releases a few EPs. a few singles.

W: As of late it’s probably been Harry Nilsson or Kendrick Lamar

W: Thank u Next – Ariana Grande

W: very similar to Patrick’s but with number ones instead of two’s

W: Luna Li. Played with her at the Silver Dollar (R.I.P.) and was very much convinced she’d be a star. and I am glad she is turning into one.

P: LP in the evening, EP in the morning

W: aren’t they both dead?

P: Be such a night owl that you go to bed an early bird.

W: Very much a night owl. Although I’ve been fostering a dog and I can see the morning appeal but just too many happy people jogging.

Shows or albums coming up:

P: No shows at the moment, few singles in the chamber, maybe an EP???

W: We also have a short film that we may try to center an album around. Lots of appetizers

M: New song called “Fresh Off A Feeling” we are excited about.

W: When I was eating more meat it was Rasta Pasta. I like Rose Pizza a bunch. Queen Mother cafe?

P: Evelyn avenue is beautiful to walk the way it winds south of Annette

W: Kinda corny but Palmerston has some great memories from this last year. Baldwin will always have a special place.

W: Mod Club but now it’s a weed store I think? I think Paradise theatre could be really fun.

W: Anyone who likes Harvey’s and is under the illusion of choice…you’re a fool. They suck. Swiss Chalet has dropped in qual so so deep. I am gonna have to go Roti (shoutout veggie d’light)

Over the past 15 years, Graeme from Kodiak Arcade, has been lucky enough to work on more than 40 television […]

“Five Minutes With” Toronto indie pop artists A is for Arrows

Toronto electronic-pop duo A is for Arrows couldn’t be more different from each other, but their bond over music led […]