Our review of Ghost of Tsushima Director’s Cut, developed by Sucker Punch. Available now for PS5 (reviewed) and PS4. 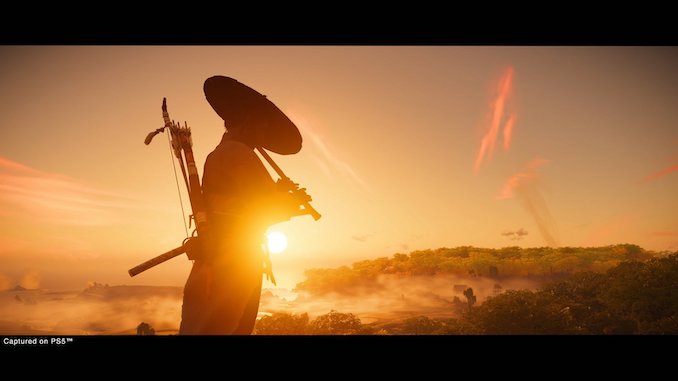 A re-release of the PS4 insta-classic, containing a whole new island to explore along with several quality-of-life upgrades.

It’s the best version of one of the best PlayStation games. And if you own the original version, you can upgrade at a discount. 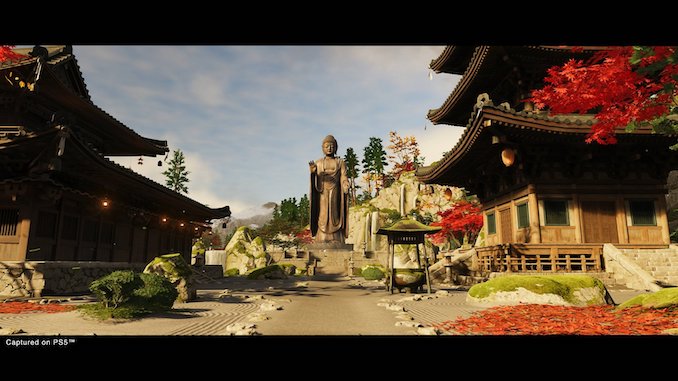 DIRECTOR’S CUT AND SLICE AND STAB AND CHOP

Ghost of Tsushima, the PS4’s last great game, is back in “director’s cut” format. While available on PS4, this re-release is clearly intended for next-gen audiences, bringing all the excitement – and jaw-dropping graphics – from the original to the PS5. It plays brilliantly, comes with a handful of welcome new tweaks, and, most importantly, introduces a major new side-story, set on the heretofore unexplored Iki Island.

For those new to Tsushima, this release is a no-brainer. As for returning players, the new area, which includes a new campaign, several optional side quests, and a bevy of new activities, is worth the price of admission alone. 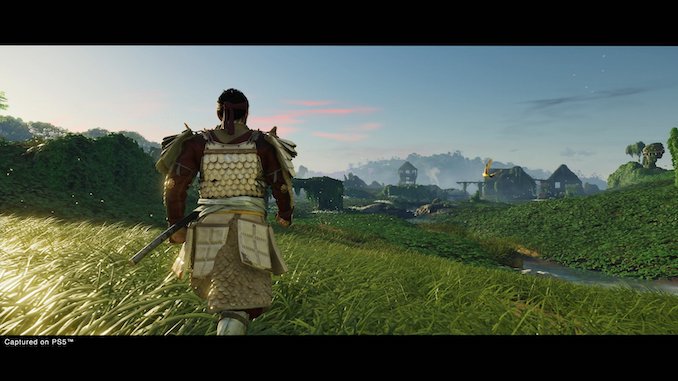 Ghost of Tsushima places players in the wajari of fictional 13th century samurai Jin Sakai. Playing as Lord Jin, you must fend off invading hordes of Mongols who threaten to overrun his home island of Tsushima, and, in the DC, neighbouring Iki Island. You can read my original review here, but all you really need to know is that Tsushima plays as a sort of Grand Theft Samurai, set in easily the most beautiful digital landscape ever rendered on a Sony platform.

That’s a good thing, because, for an open-world game to work, it really needs to be worth exploring. That’s especially the case for re-releases like this, and I’m happy to report that the new Iki Island is (a) extraordinarily beautiful, rewarding exploration for the sake of it, and (b) filled with interesting activities to track down. Top of the list are the new animal sanctuaries, where, via a simple flute-playing minigame, Jin can befriend the native fauna. There are multiple species to encounter, including monkeys, deer, and, my favourite, cats. Seriously, there are multiple cat sanctuaries in this game, and it’s everything you’d expect. 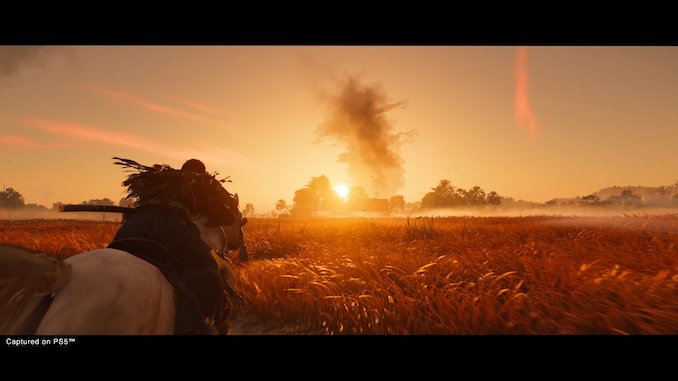 Iki Island can be accessed after unlocking Act 2, at which point a new mission prompt appears on the eastern coast of Tsushima Island. If you’ve already played the game, you can load up an old save file (it’s slightly confusing, making the transfer from PS4 to PS5, but you’ll figure it out) and head there right away. Doing so locks Jin into the “main” Iki campaign, which takes about a half-dozen hours, though the island itself will require dozens to explore in its entirety. This side campaign fits nicely with the original: the new foes make sense in the larger Tsushima context, and there are meaningful personal connections between Jin and the neighbouring island. (FYI, the real Iki Island is actually located next to the real Tsushima.)

In terms of gameplay additions, Jin’s horse gets a couple new abilities, while there are new enemy types, including Shamans (basically, mages that grant buffs to their teammates) and enemies who switch between multiple weapon types. I really like the latter addition; it’s neat to be going spear-to-spear with a Mongol, only for them to whip out a sword and shield, forcing you to change your own tactics.

Interestingly, Jin is also plagued by hallucinogenic visions throughout his time on Iki, the result of a certain plot development that, without spoiling things, probably counts as the world’s worst acid trip. 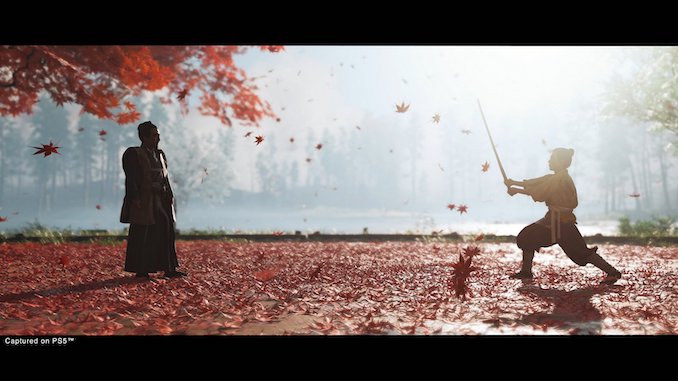 It’s always been a joy to explore in Tsushima, and Iki Island keeps with that proud tradition. The entire island is roughly equal in size to a single region of the main island, and every corner hides something to do, some vista to marvel at. In addition to what I’ve already mentioned, Iki introduces two new Mythic Tales, both narratively compelling while offering tantalizing rewards; a single new Shrine (the equivalent of Assassin’s Creed’s tombs); and three new “wind shrines”. The latter are essentially riddle-based puzzles that, while containing interesting costume awards, are so convoluted you’ll probably wind up googling the solutions. It’s worth it, though: each wind shrine serves as an homage to a classic PlayStation game, though to say more would constitute serious spoilers.

The standard side activities are also here: bamboo strikes, hot springs, composing haikus, and so on. New are the archery challenges, which require Jin to fell a certain number of targets as quickly as possible. There is also a very short duelling tournament, featuring only four opponents. Duels are probably the best part of the game, and while it’s nice to have a few more, it’s disappointing the tournament is so short. Thankfully, however, Tsushima Director’s Cut introduces the ability to replay any and all duels from across both islands. Still waiting on that two-player duel mode, however! 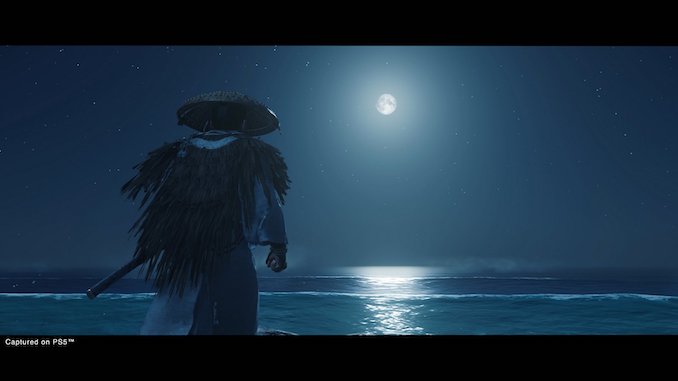 The Tsushima Director’s Cut is a meaty package, containing a large enough new area, and independent campaign, to justify revisiting the game even if you’ve completed the PS4 original. It also contains the full online co-operative mode, which, while a fun diversion, is not nearly as robust as I hoped it would be. For one thing, it’s not set in the open world of the main game, but rather in a series of discrete maps. For another, its highly mystical theme, replete with ghosts to fight, is a disappointment compared to the photorealism of the main game.

Tsushima‘s storytelling flaws are also more glaring over on Iki Island, where narrative shortcuts and predictable plot developments undermine the experience. For example, why does Jin indicate he needs to hide his identity, only to openly declare his name to every other person he meets? A lot of the late-act revelations are also badly telegraphed, so much so that players will likely groan and roll their eyes.

That said, for people coming to Tsushima for the first time, this Director’s Cut is a must-buy. It’s truly one of the great PlayStation games of all time, and now it’s bigger and better. Players who already own the PS4 Tsushima can upgrade at a discount to either the PS4 DC or PS5 DC, though it’ll cost you slightly more on PS5. Either way, it’s a worthwhile investment if you’ve exhausted Tsushima Island and are looking for something to tide you over until the inevitable Ghost of Tsushima II: Lone Wolf and Cub Meet the Three Stooges.

Our review of Cuphead: The Delicious Last Course, developed by StudioMDHR. Available Now for PS4 (reviewed), Xbox One, Switch, Windows, […]