Recent News
Our review of Detroit: Become Human, developed by Quantic Dream. Released on May 25, 2018 for PlayStation 4.

An interactive cinematic experience that plays like a (good) knockoff of Blade Runner.

Yes, despite some narrative shortcomings.

Those attracted to the idea of a choose-your-own-adventure with very good acting and very okay plotting. 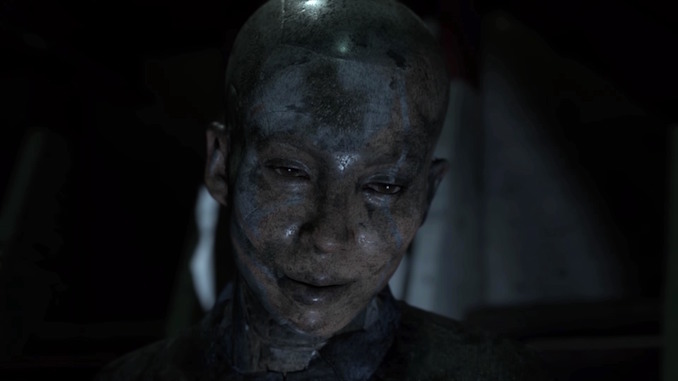 David Cage is an ideas man. Some of his ideas are quite good – and widely emulated – like having gamers do “regular” things with their characters, such as shaving, or washing dishes. He also basically invented what is now a familiar style of context-sensitive controls. Just think of any game in which you slowly rotate a control stick in order to open a door; that’s Cage’s influence.

But some of Cage’s ideas are also quite silly, and some are so bad they make you embarrassed for him and any who work at his video game company Quantic Dream. Cage may have one of the most singular visions in gaming, but unlike fellow auteurs Hideo “Metal Gear” Kojima, or suda “killer7” 51, he’s never quite delivered on that vision.

It doesn’t help that, for someone who sets out to make “interactive cinematic experiences”, David Cage is a very bad writer. His stories are all highly derivative, laden with clichés and dumb plot twists, and even the best titles – Indigo Prophecy, or Heavy Rain– never quite manage to overcome Cage’s notoriously sloppy storytelling.

That’s why I’m happy, if somewhat astonished, to report that Cage’s newest game, the cyberpunk thriller Detroit: Become Human, is very good. Indeed, it’s arguably the game that comes closest to what you’d expect from the phrase “interactive cinematic experience.”

Detroit feels like a movie. The story is interesting and compelling. The clichés are at a minimum, though not entirely absent. The plot twists are less ludicrous and/or telegraphed than in previous games. The gameplay is, as always, impeccable. It is entertaining, and it is worth playing. 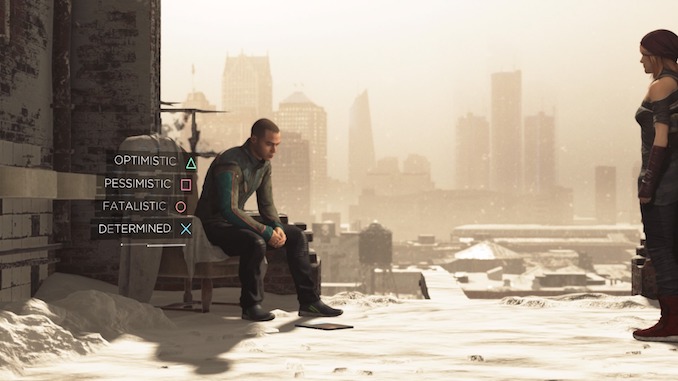 Detroit: Become Human is a near-future cyberpunk game, featuring “deviant” androids, evil mega-corporations, and ham-fisted racial allegories. (One of the major plot points involves android migrants fleeing from the US to Canada.) It’s the product of a man, and a team, who really like Blade Runner and really wish they had made it themselves.

Detroit puts you in control of three androids – one cop, two deviants – in separate but overlapping storylines dealing with anti-android “racism”, and the attendant rise of an android resistance. The gameplay is easily the best-ever implementation of Cage’s quicktime-heavy design philosophy, making full use of the PS4’s analog, touch, and motion controls for everything from sweeping floors to chasing down robot-killers. It’s the kind of game where the simple act of cutting a character’s hair is made enjoyable through innovative controls. 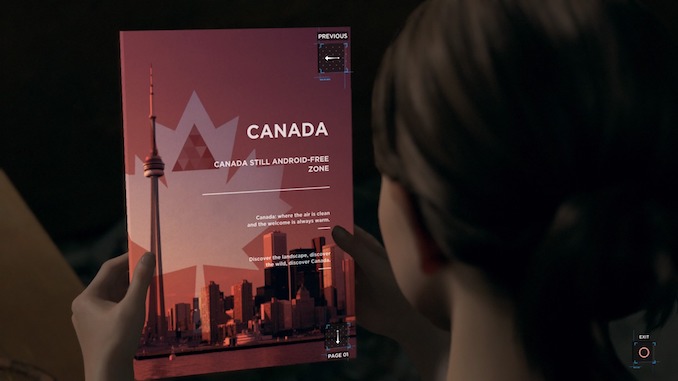 It’s also surprisingly well-written, only occasionally hamstrung by Cage’s amateurish tendencies. That’s good, because much of the game is dialogue-driven, with players given the choice of different types of responses – Press X to be compassionate, Press O to be forceful, and so on – to drive the plot forward.

Detroit‘s greatest accomplishment is its extremely sophisticated branching narrative. There are a lot of possible outcomes, and your choices can have major, and not necessarily predictable, repercussions. (Characters can flat-out die, never to return.) One of my favourite things about the game is the post-mission breakdowns, in which you’re shown all the choices you made, along with tantalizingly blank spaces for all the ones you didn’t make. I want to play this game again, which is a thing that I very rarely say. 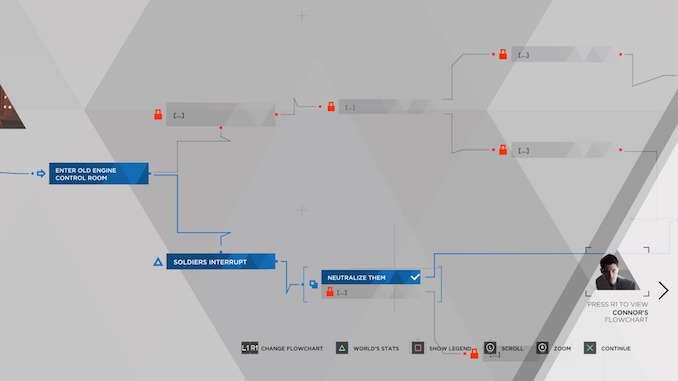 Still, there’s a thin line between homage and being derivative, and Detroit often tips into the latter. There’s a Detective Mode straight out of the Batman: Arkham games. The influence of Telltale Games really shows, and just because Cage was doing choice-driven stories first doesn’t mean that others haven’t done it better. Ultimately, Cage’s robot uprising just can’t compare with its progenitors, and I’d easily recommend the recent and criminally underseen Blade Runner sequel over this game. (Ditto for any one of the similarly-themed Deus Ex titles.)

At least Cage is unabashed about his influences. One of the earliest victims of the android uprising is an “Officer Deckart“. The detective investigating the rise of the machines is called “Connor” (first name John, one assumes). Impressively, Cage even managed to rope in Lance Henriksen, one of cinema’s greatest androids – and one of only two actors to have been killed by a Predator, an Alien, and a Terminator – for a fairly major role. 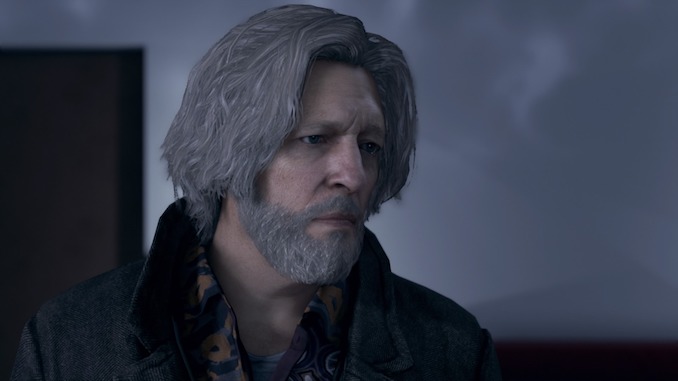 Henriksen isn’t alone. Detroit is one of those rare games – though there are more and more as of late – to rely on believable motion-captured performances from decently well-known actors. Here, one of the standouts is a startlingly lifelike Clancy Brown, making the most of his donut-eating-racist-alcoholic-cop-who-grudgingly-learns-to-respect-minorities-after-he-gets-one-as-a-partner role. This, despite being forced to deliver the game’s equivalents of, “Now I’ve got the chief riding my ass!” and “I’m too old for this shit.” Brown is probably just thankful that another actor got saddled with David Cage’s version of “They Took Our Jobs!”

The rest of the cast, which also includes Grey’s Anatomy alumnus Jesse Williams, do a very good job, with at least some of them approaching Uncanny Valley-levels of believability. It’s easier to care about characters, even when the writing is weak, when they’re so… human. (And that includes the androids.) 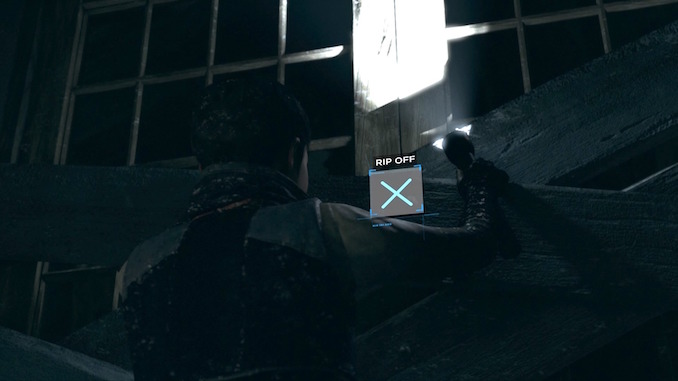 GHOST IN THE MACHINE

Other strengths include a very well-realized near-future cyberpunk world, excellent pacing, and a fine-tuned responsiveness to the player’s actions, even the silly ones. For example, when I tried to goof around during one scene, by spinning my character in circles, another character got annoyed. Something similar happened when I tried to stand in front of a character watching TV. It’s fun to try to “break” the rules of the game, only to have the game react. (I’m reminded of Atreus’s dynamic commentary in God of War, which I reviewed last month.)

Much like its robotic protagonists, Detroit: Become Human’s whole is greater than the sum of its (recycled) parts. Cage still hasn’t delivered his masterpiece, and unless he hands over writing and/or directing duties to someone else, I suspect that he never will. But even as Detroit mimics other, better, works of fiction, it’s still a fine game, emotionally engaging, and entertaining throughout. If this is what he can do with the PS4, I can’t wait for the inevitable David Cage VR Experience.