Our review of God of War, developed by SIE Santa Monica Studio. Released on April 20, 2018 for Playstation 4. 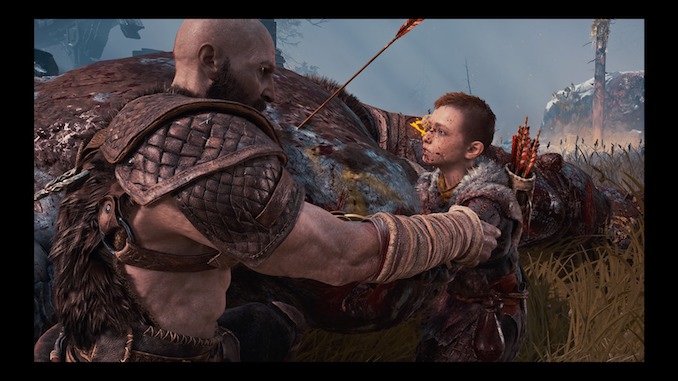 A re-setting – don’t call it a reboot – of PlayStation’s bloodiest and greatest action adventure series.

By Zeus’s, er, Odin’s beard, it is excellent! 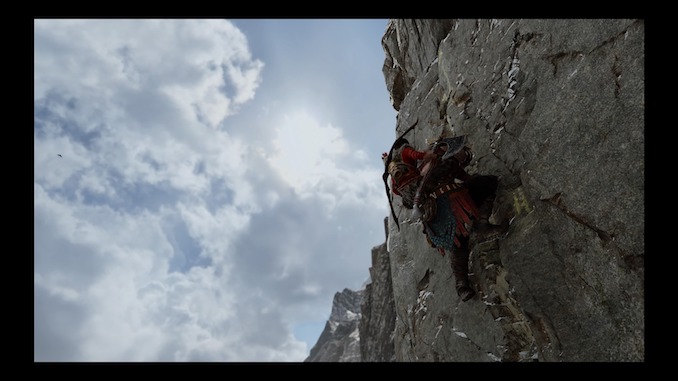 Wait and what the heck happened to the Blades of Athena?

And oh my god what is that beard.

To paraphrase another long-running Sony property: God of War has changed.

The original God of War trilogy-in-six parts played out across PS2, PSP, and PS3 between 2005-2013. A system-seller and standard-bearer for action gaming, it pretty well invented the modern hack-and-slash: huge enemies, bloody battles, epic mid-combat quick-time events. If you’ve played an action game in the past decade or so, you’ve experienced some element of the God of War legacy.

And now it’s back, same angry Greek antihero, comparably intense combat, and once again at an impressive scale making full use of a new console’s capabilities. Only this time, it’s Nordic!

No, seriously. The big change this time out is the Norse mythological setting, replacing the original’s Ancient Greece. (So Ancient Sweden, I guess?) Gorgons and cyclopses are out, Valkyries and dwarves are in. But it’s more than just new gods to kill and new realms to explore. There are some fundamental changes here, beginning with a semi-open world structure that encourages players to explore the game’s many mysteries – including a host of fantastic side quests. 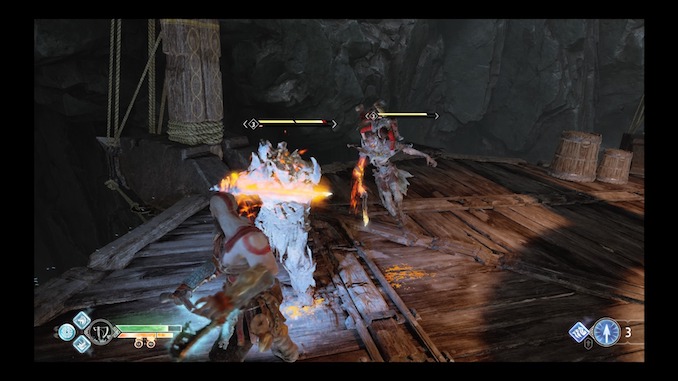 Combat is just as visceral as ever, though it too has gotten a makeover. Kratos now wields an enchanted axe, and there’s a new over-the-shoulder camera that makes melee combat much more up close and personal. Quick-time events are mostly gone, replaced with stun metres that, when filled, allow Kratos to pull off brutal finishers. Most importantly: the axe can be thrown like Thor’s hammer, which is awesome. Extremely, extremely, awesome.

Also, about that camera: it’s one single, continuous shot. That is, across the entire 30-plus hour experience, the camera never cuts once to another angle. It’s the video game equivalent of Alfred Hitchcock’s Rope trick, and it works remarkably well. (And with the way the camera bobs and weaves, one assumes it’s being carried by the world’s grimmest Lakitu). 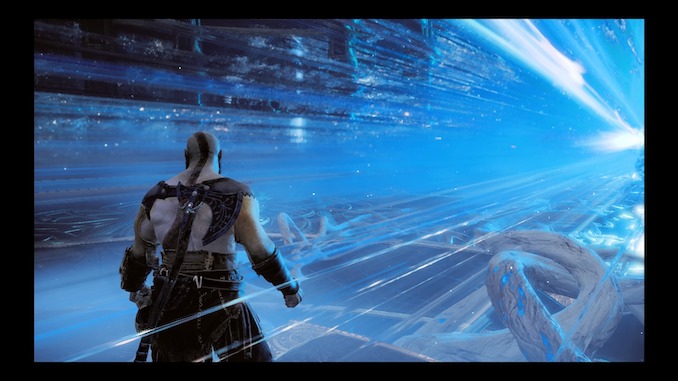 TWILIGHT OF THE GODS

Kratos additionally has a battlefield partner in the form of his bow-and-arrow wielding son, Atreus. With a tap of the button, the boy can shoot arrows, hop on an enemy’s back, and generally serve as an extension of your move-set. There’s some serious child endangerment going on here, but I guess as the son of an (ex-)god that’s okay? Atreus is also key to the game’s puzzle elements, and he’s mercifully a lot more cooperative – and more convincingly voice-acted – than some of gaming’s more notorious AI partners. You would be well-behaved, if your dad was Kratos!

The new God of War unabashedly wears its influences on its sleeveless tunic. Richard Wagner’s operatic Ring Cycle is probably the strongest inspiration, just as it also inspired the sweeping mythologies of Marvel’s Thor comics and Tolkien’s Lord of the Rings. In a way, it’s surprising it took so long to get here. God of War has always been operatic, dealing in epic family feuds, fever-pitch emotions, copious amounts of sex, and highly memorable overtures. That the Ride of the Valkyries doesn’t actually appear on the God of War soundtrack is an admirable show of restraint, in a series that eats punks like restraint for breakfast. 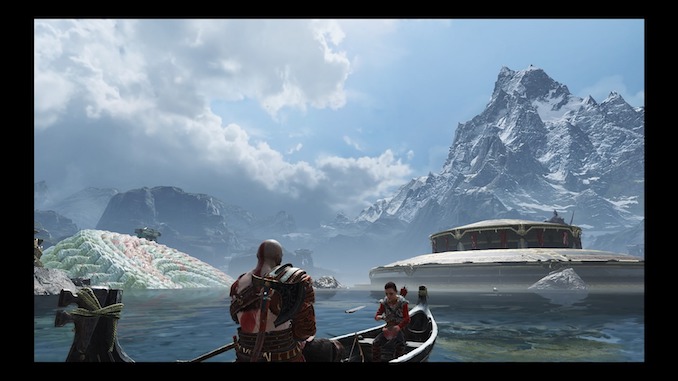 RETURN OF THE KING

That, really, may be God of War‘s greatest accomplishment of all. That amidst all the carnage and bloodshed, the game makes room for quiet and introspection, even subtlety. One of my favourite things is just how realistically the boy, Atreus, reacts to everything you do. If you pull of a particularly brutal kill, he’ll say something like “Uh, I think you got him.” When you detour from the main path, he’ll ask where you’re going. He essentially functions as a (likeable) audience proxy, regularly saying out loud what the player is probably thinking.

And there’s a lot to think about. There’s a real story here, with believable characters, some great performances (including from a near-perfect digital representation of Jeremy Davies, Lost‘s Daniel Faraday), and emotional depths you just wouldn’t expect in a game about ripping monsters in half. This is as brilliant a return to form as Kratos fans could have hoped for.

It’s also surprising – and oddly heartwarming, which is a phrase I never thought I’d write about God of War – just how central the relationship between Kratos and Atreus is to this story. While the boy may initially feel like no more than a combat aide, by the end of the game he’s your son, just as Kratos – no longer the Zack Snyder-style Alpha Male of old – is a real person with real feelings. Ultimately, this is a game about fatherhood, and about one man’s desire to prevent his son from repeating his own past mistakes.

And then you go back to ripping out some troll eyeballs.

Visit the official page for God of War here.