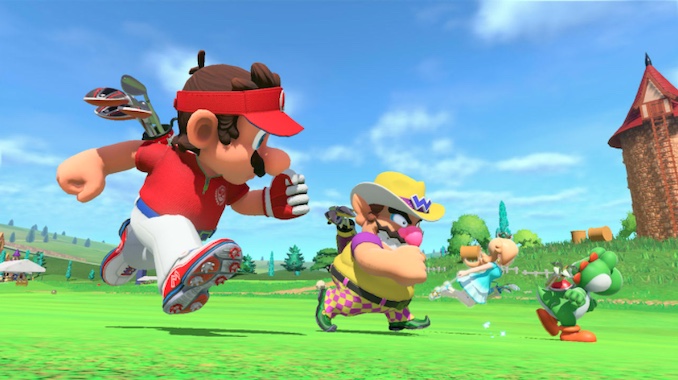 Golf, but Mario-style, which basically means that Waluigi is here to cackle like a maniac.

It’s a decently silly take on golf, but frankly it could use a bit more zaniness. 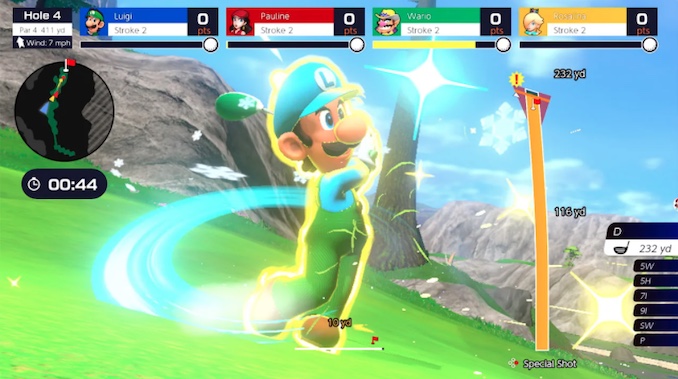 My university years were dominated by the Nintendo 64. Mario Kart, Mario Tennis, Mario Party… The N64 was really the peak of the “Mario + Activity” template, delivering solid multiplayer experiences with nifty powerups like Red Shells, Green Shells, and Bananas (aka the Holy Trinity). I mostly missed out on Mario Golf, for no real reason other than my housemates’ daily Mario Kart ritual consumed most of our time. But golf has never been that exciting, and Nintendo has never really been able to prove otherwise. That said, I do like how Mario’s version of golf is a heck of a lot quicker than the… boring… slow… televised… version…zzz…

Mario Golf: Super Rush is quick. There’s an aggressively fast golf/race-hybrid mode where everyone tees off at the same time and you’re chasing each other down the fairway to see who can get the ball in the hole fastest. It’s awesome. There’s also a (single-arena) Battle Mode, a less-thrilling Adventure Mode, and “regular” golf, insofar as a giant green dinosaur teeing off against an anthropomorphic mushroom can qualify as regular. 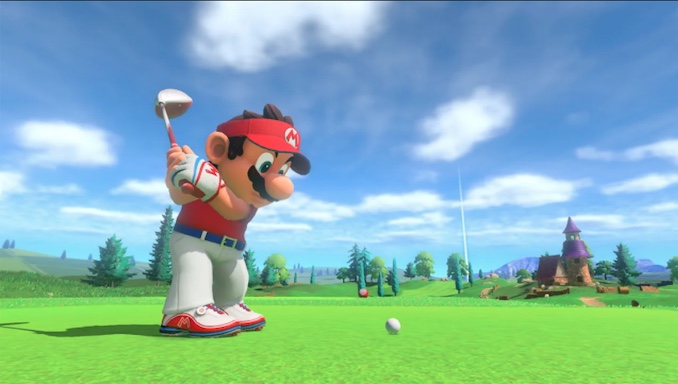 The weirdest thing about Mario Golf: Super Rush is just how much of it doesn’t feel very Mario at all. I’ve come to expect, in games like Kart or Smash Bros., a certain reverence for the source IP, with stages based on beloved video games (wuddup, Sector Z!) and items that nostalgically reference the Nintendo classics (I will never grow tired of the Mario Kart piranha plant). In this regard, Mario Golf is just kinda “meh.” Each character gets a single special ability, but these seem pretty arbitrary – since when was Luigi known for his ice powers, exactly?

The courses are also underwhelming: there are only six, and they look like regular golf courses, they play like regular golf courses, and there’s nary a Nintendo reference in sight. Only “Bowser Highlands”, with its striking lava hazards, really feels like a traditional Mario-brand course. Compared to “Mario’s Star”, “Peach’s Castle”, and other themed courses from the N64 Mario Golf, it’s a huge disappointment.

Plus, Nintendo missed a huge opportunity by not implementing a “Golf Kart” racing mode. 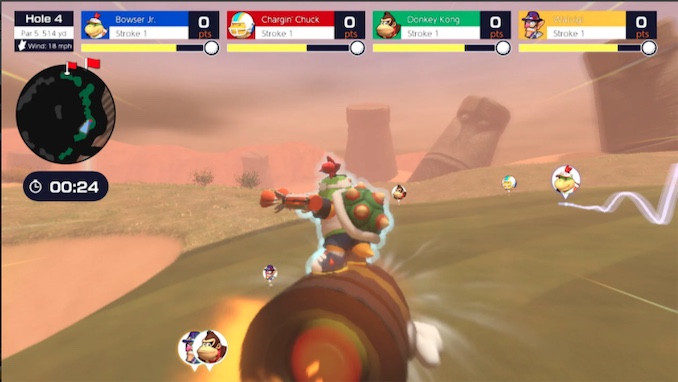 NO BIRDIE FOR BIRDO

I do like the Mario Golf variants available here. Speed Golf livens things up with a frantic chase to be the first to sink their ball, and it’s fun tripping up opponents with your dedicated special items – Luigi’s “Ice Flower Freeze”, Donkey Kong’s “Burly Strike”, and so on. Battle Golf is also a nice diversion, though its single arena can’t compete with the mayhem of the many Kart “Balloon Battle” courses or, really, any of the more expansive battle modes in other Mario titles. Sometimes it does kind of feel like Mario Golf was released incomplete; six courses and a battle arena is hardly a robust offering. Plus, key N64-era characters are missing, notably Birdo.

All that said, Mario Golf: Super Rush is a fun way to pass the time, at least until the next Mario Tennis (my personal favourite) comes along. It’s hardly the most exciting time, but I never expected much from Mario Golf anyway. When it comes to these lesser Mario games, I guess that’s par for the course.

When I was in undergrad, I lived with three friends in a house that had only one house rule: no […]

All right you dorks, it’s that time of year again. Wookiee Life Day is upon us, and with it comes […]