Another year of the Joe Carter Classic has come to an end in Toronto. The annual charity golf tournament brings celebrities, current and former athletes, philanthropists and fans together in support of the Children’s Aid Foundation of Canada’s Joe Carter Family Support Endowment Fund and the Joe Carter Scholarship Endowment Fund. To date, the events have brought in more than $2.5 million.

We joined this year’s participants and their families after the Joe Carter Classic Celebrity Skins Game at Eagles Nest Golf Club on Wednesday, June 19th in a box at Skydome that had been secured for the event. This was a chance to wind down after the day and relax over a game against the Angels and Mike Trout.

There were a ton of former athletes there including Dan Marino, Ozzie Smith, Jesse Barfield, and of course, Joe Carter. There was also some memorabilia that could be purchased through a silent auction. Tickets were $100 and the first to buy were offered a free signed baseball bat from Joe Carter. Dan Marino also had a signed Dolphins Jersey, several Leafs and Jays framed and signed photographs were available. The most interesting one was a back of a seat from Skydome that was signed by Joe Carter. A little bit of history to take home with you.

The Joe Carter Classic Golf Tournament took place the next day on Thursday, June 20th back at Eagles Nest Golf Club. After that event, everyone got together at REBEL Nightclub on the Toronto Portlands for the final celebration of this year’s event. Musical guest were Naught by Nature and Salt-N-Pepa. Other personalities were on hand as well including pro golfers, sportscasters, musicians and more. We met several of them on the Red Carpet including Maestro Fresh Wes, Sportcaster Sherman Williams, Golfer Will Lowery and boxer Dillon Carman to name a few.

Representatives from the receiving charities as well as sponsors were also on hand. These groups work closely with the Joe Carter Classic to maximize its success. It was great to see everyone come together to celebrate their successes.

“We are so grateful that for over a decade, the Joe Carter Classic Golf Tournament has provided at-risk kids with new opportunities to reach their full potential,” said Valerie McMurtry, President and CEO, Children’s Aid Foundation of Canada. “The tournament’s valuable contributions continue to help us guide vulnerable children and youth towards a brighter future.” 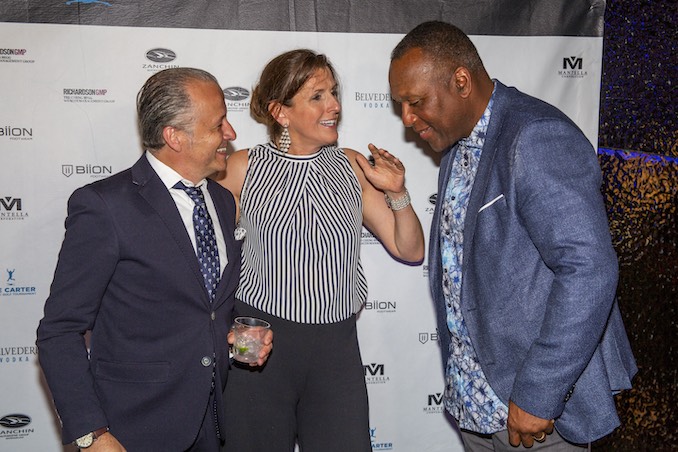 The event will be back again next year for its 11th year running. If you want to get involved, please visit their website.

Five Non-Baseball Reasons to Check Out a Jays Game

This year began like any other for the Toronto Blue Jays. Heaps of Toronto’s finest (over 50, 000) marched into […]

I gave my father-in-law a multi-purpose iconic Victorinox Swiss Army Knife some 20+ years ago.  It’s one of those things […]

We’re now settling into the winter looking forward to just taking it a bit easier. Hygge? Sure, but there’s still […]