Our latest featured comedian is Matthew Reid, a Toronto native who writes and composes funny songs for film, television, games and theatre. 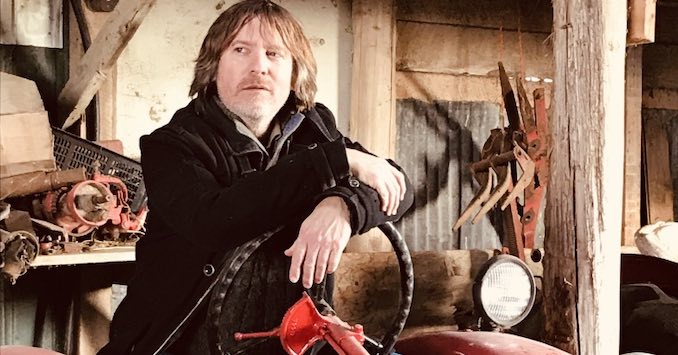 Learn for the thousandth time how to properly tie a tie.

Too many great places to choose! Obviously, Second City’s stage & Roy Thompson Hall, but prior to having “made it”, so to speak, there was a room called the Tim Sims Playhouse. It lived in Second City’s second reincarnation on Blue Jays Way and sadly no longer exists. Many happy memories of so many talented up and comers from every angle of comedy when they were still doing their day jobs and still taking huge comedic risks. It was an incredible room of learning, invention, collaboration and professional envy.

Live performance in some small venue. Always. When it could be the beginning of somebody’s career, or a groundbreaking concept. It feels like witnessing a scientific discovery or witnessing capital H history. Alternately, it could be mid-afternoon tea in the dining car of a quickly derailing locomotive.

Yes. I have little to no shame. Mass Hysterical: a Comedic Cantata, a musical comedy revue I created with Carly Heffernan & Rob Lindsay, starring Colin Mochrie, alum of Second City and members of the Toronto Symphony. The week of May 17 on Stream.Theatre. It’s a niche concept created in “interesting times.” My mom really likes it!

matthewcreid.com is by far the least offensive place right now.

Who is another local comic/comedian we should know about?

My old writing partner, Sean Browning. Our old duo, Reid Along with Browning hasn’t been as active as it once was, but Sean’s quick wit and imagination are uniquely enviable. If you are a fan of science fiction, he has a new novel out that’s absurdly funny yet so uncommonly poignant. I Don’t Seem So Bright in a Well-Lit Room.

Why do I get the unsettling impression that you didn’t think my previous answers the least bit clever? THE ARISTOCRATS!