For this feature we caught up with Toronto comedian Everardo Ramirez to talk about his comedy style, his new podcast, his comedic influences and more. 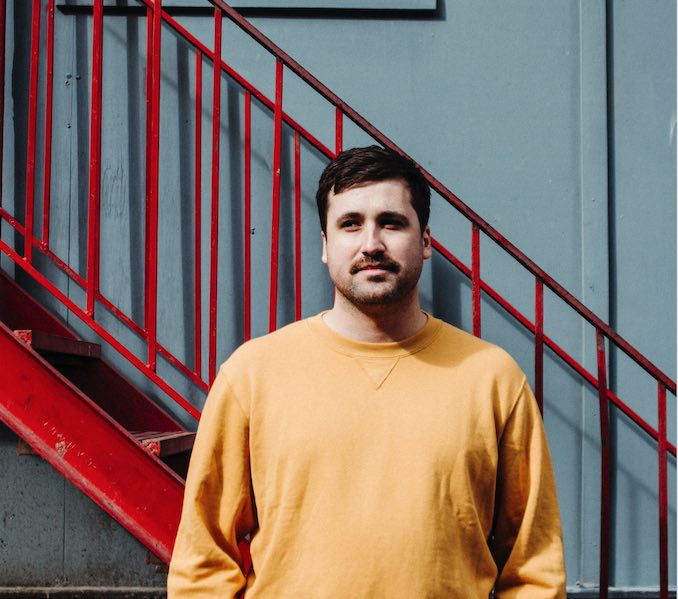 When I was living in Halifax I would go see Picnicface [Halifax based sketch troupe] perform almost every week. Their live show was a mix of sketch, improv, standup, video and weird bits. It was the first time really experiencing live comedy in a club setting, and the first time I saw good improv. I didn’t know improv could be funny! Because Halifax was so small, I would see Picnicface around town at the grocery stores and even took classes at Dalhousie with some of them. I realized they were just regular people who also did comedy and maybe comedy was something that a regular guy like me could do one day. Mark Little is directly responsible for getting me on stage for the first time and he has been a big inspiration and good friend ever since.

My podcast, PUBLIC ACCESS PODCAST, is influenced by lots of different things, mostly public access television, the radio show Delilah, and the big world-building aspects of the show are influenced X-Men comics, On Cinema and the band Fucked Up.

I would always watch Just for Laughs as a young child and I was very into Lewis Black. I don’t know why but I was fascinated at his rage and I loved that he was political. I would basically regurgitate his rants to my friends at school, who were always confused why I was talking about Donald Rumsfeld or whatever. My comedy is nothing like his, but he was the first stand-up comedian I really loved.

Also Conan O’Brien and the bits he would do on his talk shows. As I write this I am realizing that his kind of grumpy, self-deprecating, control freak persona is a clear inspiration to my own comedic persona.

Also I really love everything Tim Heidecker does. I love how you’re never really sure if he’s serious or doing a bit. He is so funny and so prolific and always seems to be working on something, which I admire.

Comedy Bar is the best, but I have to say my favourite place I’ve ever performed is The Ossington (RIP). It was a cool dive bar with the perfect back room for intimate comedy shows, complete with a classic brick wall! It felt like a basement even though it was on ground level. I used to run a talk show open mic there called Late Mic T.O. and it would always be packed with people trying to figure out what the show was and what was gonna happen next. The energy in that room was palpable. Like all good things in Toronto, I’m sure it will get turned into a fancy weed store or a place to buy puffy vests for dogs.
What is your favourite medium for listening or finding new comics/comedians?
Hosting a weekly show was a great way for me to meet lots of new comics from all over the country and even better for meeting unfunny ones.

My new podcast PUBLIC ACCESS PODCAST is out now on the Sonar Network. It’s a 10 part comedy anthology series where each episode is a different show from a fictional public access network. I spent the last year working on it and got some of my funniest friends to contribute (whether they knew it or not) and I’m really proud with how it turned out.

Sam Burns, Ben Stager and Jackie Pirico are some of the funniest people on stage and during the pandemic they have been putting out online content that is actually good.

Alex Handy and Jordanne Brown are two younger comics who are already so funny that it pisses me off.

And even though he has never said my name properly, Hisham Kelati put out a really great standup album.

One time a ouija board told me to move out of my apartment, but looking back on it I think I just had a very passive-aggressive roommate.

Jackson Rowe is a comedian and improviser from Toronto, Ontario who was born and raised in the bustling Beaches neighbourhood […]