Our review of Returnal, developed by Housemarque. Available now for PS5. 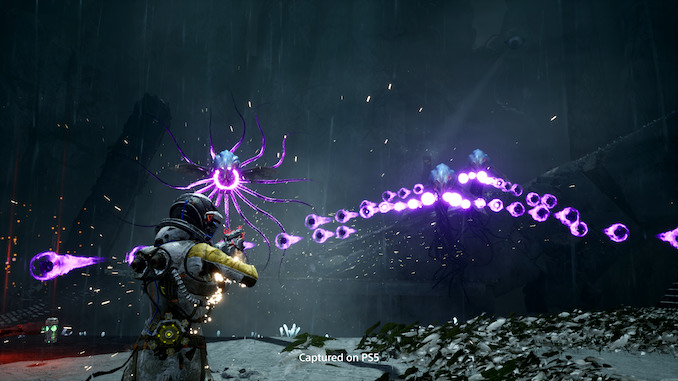 A bullet-hell shmup masquerading as a 3D roguelike.

Anyone with nerves of steel and lightning reflexes. 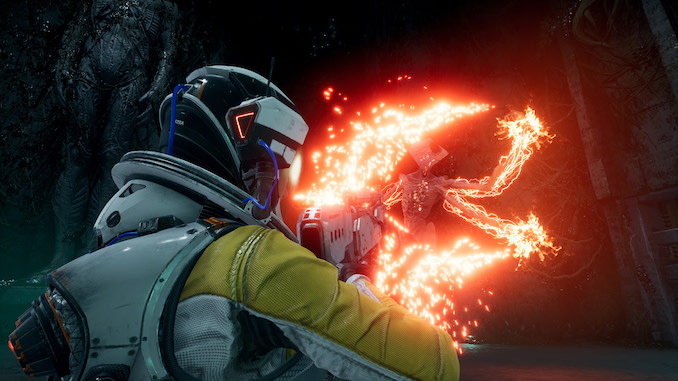 Finnish game developer Housemarque is best known for its modern takes on the shmup, or “shoot-em-up” genre, including the likes of Super Stardust, Resogun, and Nex Machina. Shmups are known for their elevated difficulty, sci-fi/space settings, brightly popping visuals, and infuriating lack of checkpoints. If you’ve ever played a Raiden, an R-Type, or a Gradius, you’ll have an idea of what I’m talking about.

Shmups, particularly the sub-genre of “bullet hell” shmups, are a deliberate test of patience. While an expert player can breeze through the most difficult shmups in mere minutes, such expertise only comes after dozens of hours of deaths, restarts, and learning enemy patterns down to the microsecond. Much like Ghosts ‘n Goblins, shmups are a pain for the first or fiftieth time, but become gloriously fun if you persevere. Just check out this video of some dude controlling both(!) spaceships in Ikaruga at the same time.

Housemarque’s latest is not quite a shmup, but it is bullet hell – a third-person shooter with a Gigeresque aesthetic, bright neon bullets that fill the screen, and a debilitating inability to save. It’s a hell of a good time, but only for those who can stomach it. 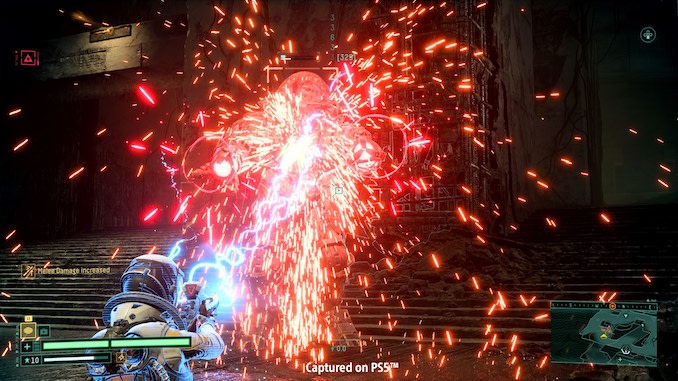 Unusual for the genre, Returnal is heavy on story, providing an in-universe explanation for why player-character Selene keeps resetting to the same starting point – the moment her spaceship crashes on an alien planet – each time she dies. Selene, it seems, is caught in a time loop, cursed to die and die again until she can track down the source of a mysterious radio signal.

It’s a compelling mystery, one made more interesting (and terrifying) by the presence of a perfectly preserved twentieth-century house smack dab in the middle of the alien landscape. Some of the game’s best moments come in the brief first-person interludes that take place in this house. 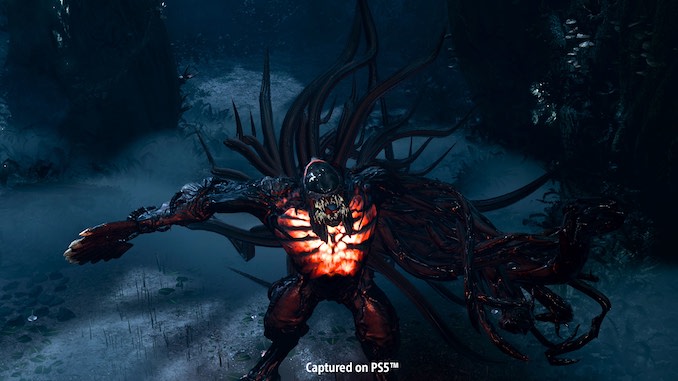 Mostly, though, Returnal is a third-person shooter, one that works just like shmups of old. Juking and weaving, you fire off thousands of precision shots, laying waste to dozens of Gigeresque monstrosities at a time, all without a scratch to your off-brand Weyland-Yutani spacesuit. Enemies are suitably alien and brightly coloured, maintaining a proud shmup tradition of distinguishable targets with comically obvious weak points.

At the best of times, Returnal respects the code of the shmup. No, not that one. The other one: the honour code that serves as a sort of pact between developer and player. “This game will be difficult,” it promises, “but the patterns can be learned and you can overcome them.”

At the worst of times, Returnal falls back on the bane of any classic gamer’s existence: the lack of a save game. When you die in Returnal, you’re thrown back to the beginning of the game, weapons and most abilities reset. This can be devastating after several hours’ progress, and can make for an unpleasant cap to a lengthier gaming session. It would be unbearable if not for the fact that unlocked levels, completed bosses, and some upgrades do carry over. 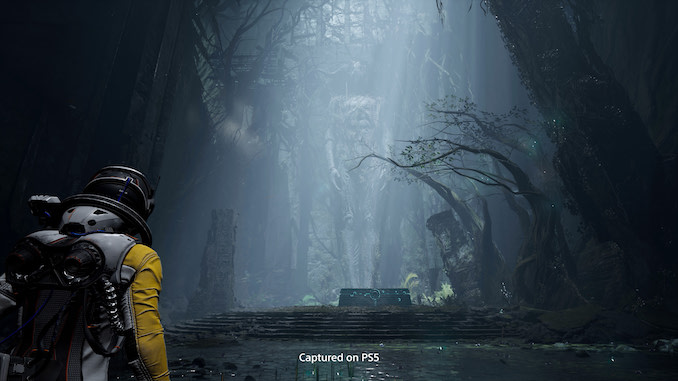 When it’s firing on all cylinders, Returnal could easily be mistaken for a PlatinumGames title like Bayonetta or Vanquish – a high-octane action game where perfect timing is essential, and where pulling it off makes you look like a god. And, just as in most Platinum titles, Returnal elevates the action by handing you a badass sword, encouraging close-quarters combat that is both rewarding and risky.

Still, Returnal can get exhausting, especially with its harsh game-over penalties. And, because you literally cannot save, the only way to preserve a current run is to place your PS5 in a “suspend state”, which is (a) dumb and (b) probably not that eco-friendly? The last time I had to leave my PlayStation running for hours on end, it was because I didn’t know the PS1 required memory cards.

I love bullet hell, and I like Returnal, aka the Edge of Tomorrow of video games. But there’s something slightly twisted about a game that punishes you the better you do. While a bad run can end in mere minutes, a good run is liable to consume hours upon hours of your time. As an adult with other responsibilities (and other games to play!), I sometimes look upon Returnal with fear. War is hell, they say. Sometimes, so is Returnal.