From the suburbs of Toronto, Canada, Leanna Oki is an indie singer-songwriter who has gravitated towards music from an early age. After picking up the guitar in her freshman year of university, she had the compelling inclination to start writing her own songs. From that point on, she has been continuously performing at local events to build her craft and stage presence as an artist and performer. Creating music has evolved into her form of self-expression and therapy, serving as away to release her inexplicable feelings and experiences. Her voice has been described as sharing similar deep and rich tones with Adele and Phoebe Bridgers, while still maintaining her unique vocal presence.

Drawing inspiration from the emotionally freeing pop music of Maggie Rogers and moody resonance of Banks and Lorde, she aspires to be another prominent female musician that uses passion and pain to propel herself as an artist. Through the fusion of alternative pop, R&B, and electronic dance elements, she derives her signature music style. She utilizes the strong projection of her voice, hard-hitting bass lines, and an abundance of vocal layers to create the bold and rich sound in her music. Since 2018, she has been working in the studio to record her own hand-written tracks and continues to create music that narrates her journey of heartbreak and healing throughout her young-adult life.

She released her debut single “HEISENBERG” in August 2020, which was inspired by the main character from the hit show “Breaking Bad”. Her next single “Sink” was released on March 26, 2021, following along with several other tracks throughout this year that will convey the hardships she experienced in her past relationship. 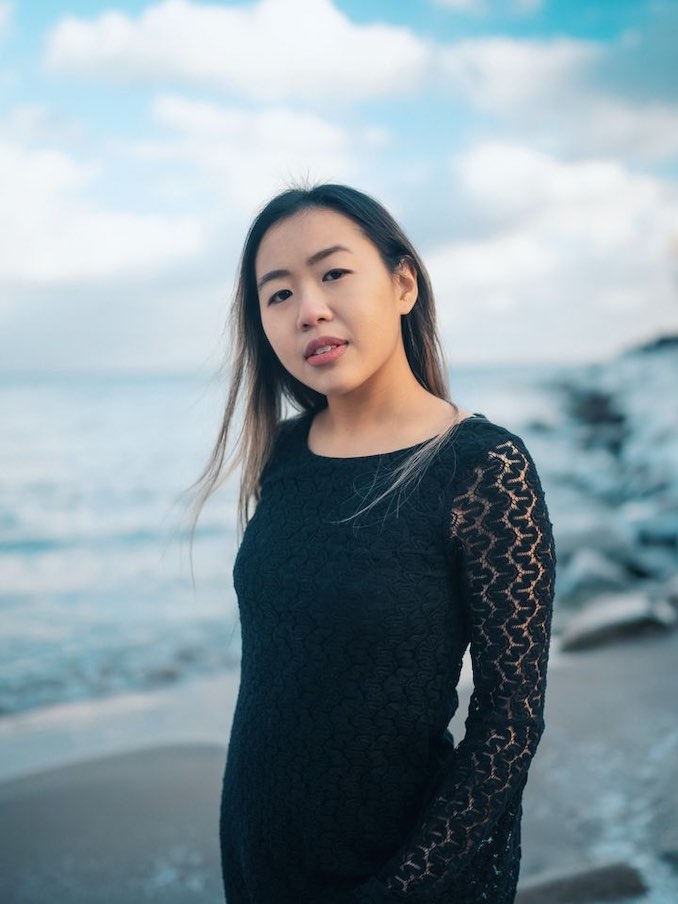 Genre: A mix of soulful pop, r&b, and electronic

“Don’t Stop Believin”… I can’t help but sing my heart out whenever I hear it.

I usually drink some tea to soothe my vocals and take some deep breaths to calm down the nerves. I also bring a few friends to keep me company. It’s always nice to have that support system before a performance.

Studio. That’s definitely where I’m in my zone.
Any shows or albums coming up? (What do you currently want to promote?): My upcoming single “Sink” is coming out on March 26th, and I’ve got another single “you won’t change” coming out this May. I will also be releasing several more singles this year, so stay tuned!

Superfood salad from Fresh! And honestly everything from Fresh.

Queen st. I love the shops, the art, and the overall vibe.

Trinity Bellwoods, but they are all awesome spots.

Roti! Especially with chickpeas and potatoes… so good.

Probably Fresh. I’m a big fan of Fresh if you couldn’t already tell.

Nostalgia and well dressed rock n’ roll; that sums up the three dapper young men known as The Good Boys. […]

Over more than two decades Rose Bolton has been garnering acclaim and enthusiasm from audiences and major collaborators alike. Last […]