Faiyaz and the Wasted Chances are a POC fronted Toronto Garage punk band that have been described as , “A raw blend of garage pop and virtuosic protopunk influences that have been cheekily modded for today’s listeners”. Formed roughly in 2015, the band’s raucous image have been concisely painted with the duality of the take no prisoners vicious destroy everything live act, and the catchy goofy slackers next door who will come hang out.

Raised in the downtown core, the band cut their teeth as youngins at the original Silver dollar, The Horseshoe, The Bovine, Lee’s Palace, and anyone willing in Ontario. Through sure will and shows they’ve recorded in Famed studios 6 Nassau, Candle Recording, and Lootbag Studios the band gained the cult following that have allowed them to slowly blossom. The new music toutes a mix of Raw power Iggy, The Replacements, Wire and Pavement recorded through so much weird vintage gear it’s playfully absurd . Since 2019 they have put out two singles “Another crooked line”, and the brand new “Dead animals” with a new one on the way in april. They are currently on Lootbag Records alongside , The Effens, Burner and Lush Buffalo. 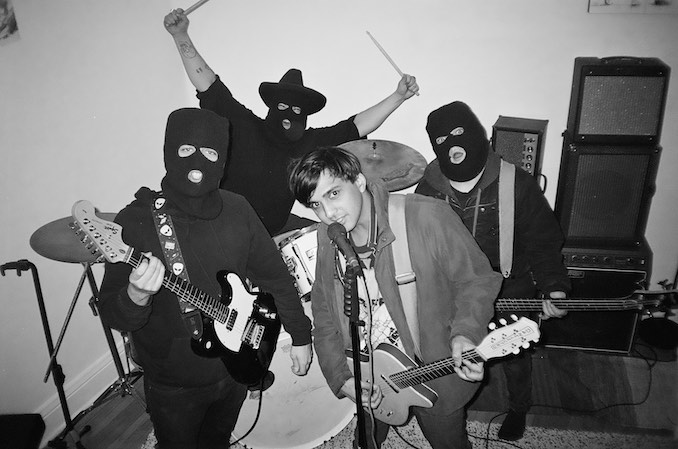 Name: Faiyaz and the Wasted Chances

Precovid it was Drink way too much beer, fight over some dumb shit, say sorry, give fist bumps/hugs, and slay. Now it’s trying to figure out if the live stream is muted HAH!

LP! (But ep cause were hungry)

Was a messy night owl, now an early bird that’s loving it.

Our next single is coming out in early april. We have a lot of stuff we gotta keep secret sorry y’all

Queen is way too busy for me and we all at one point probably lived on college and dundas so….college?

TRINITY BELLWOODS, literally have had so many weird and great experiences. Everything from randomly popping in on to a group of pickup folk musicians dancing/playing jigs on the gazebo at midnight to Drinking coffee and petting dogs in the summer. We’ve had band meetings in trini. Hell, I’d probably want to be buried in trini if it wasn’t too weird for all the dogs.

Based out of Toronto, Ontario, Canada, and formed in 2016, Maldita is a female-fronted hardcore punk with Spanish lyrics. Bringing influence […]