Toronto based Public Works has become mainstays at some of the nation’s most iconic theatre venues. As theatres shut their doors in 2020, the three person team transitioned from live performance to writing and producing their own comedy album while in quarantine. We spoke to the trio, Callum Wratten, Alex Kolanko, Connor Low about all things comedy and the release of their debut album Condo Art for April 21st, 2021. 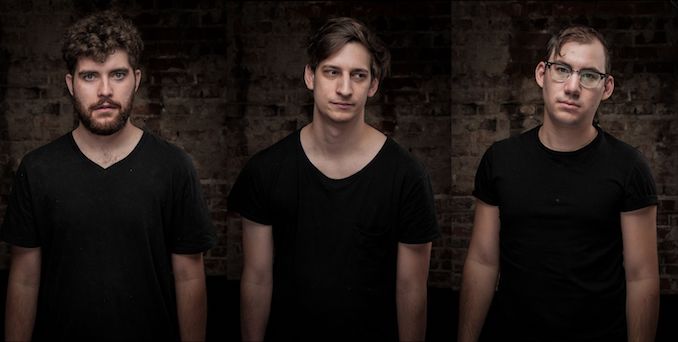 Alex: We have described it as “Powerviolence” which sounds so much more extreme than it actually is. Powerviolence is a subgenre of punk known for really fast, short songs. That’s how we like to write sketches. There is no fat on them. Everything is there for a reason. Fast, short. But to Callums point, more like a C+.

Alex: I used to watch a lot of Monty Python as a kid. That in some way has to have filtered down into what I think is funny. I learned what sketch comedy was from them and am now releasing a sketch album. Otherwise, what I would consider direct influences are weird things that most people wouldn’t consider comedy. The writer Joey Comeau or the animator Don Hertzfeld for example. Saying your influences as a comedian is weird cause I’m just as influenced in what I find funny by my pet as I am a serious comedian.

Connor: It’s tough, I feel like it’s difficult to narrow into something because the breadth of media we consume now is so huge. In terms of things I remember laughing hardest at, I saw Goldmember in theatres for a birthday party. Yeah, baby!

Alex: That’s a tough question. I don’t really find anything funny in the pandemic. Shut inside and miserable is not really a comedy vibe. The hardest I laughed recently was in Minari, when the farm hand is dragging a cross as some form of strange catholic penance, the family pulls up in a car next to him and offers him a ride.

Connor: There’s so many great comedians in Toronto right now but in terms of what I’m seeing right now, my neighbour Linda. We get pretty similar laughs at the dog park.

Callum:Push ups, so everyone else on the show knows how strong we are.
Alex: We do pushups so everyone knows that we are strong.
Connor: Burpees to activate my core.

Callum: Bad Dog, because they don’t get mad when we get fake blood everywhere.

Alex: Bad Dog never banned me from the theatre and I threw ice cream at an expensive black theatre curtain for an admitally not very funny bit. A big RIP to that venue. Another big RIP to The Ossington, another place I should have been banned from for the sheer destruction I was party to. I like small cramped venues when they are packed. It’s the best.

Connor: Bad Dog Theatre has been a home for me, even when it was operating out of Comedy Bar so also Comedy Bar.

Alex: I unironically like seeing a comedian live. I like going to a place, meeting a friend, drinking a beer, and then getting trapped in a room with a show where I don’t know if the comedian will be good. Live for that.

Connor: Just by osmosis. I work at Bad Dog Theatre and the amount of incredibly funny and talented people I meet is wild!

Our album Condo Art is out on April 21st. Pre order it now to get exclusive bonus tracks.

Alex: Aba Amuquandoh was a guest star on the album and anything they do is so funny. I would watch them read the phone book. They were just a host of 22 minutes so I’m not exactly blowing up a little known comedian. In making the album I want to shout out the sketch group Tony Ho, who helped us out. I didn’t think a sketch album could actually be something I enjoy until I heard theirs.

Connor: Kyah Green has an incredible mind. They are so sharp and polished and everything they write or improvise just feels like the correct way to do comedy. I also love Liz Johnston who’s so quick. She can just improvise a monologue and keep an audience rapt forever.

What did the value say to the multiplier? “Factor? I hardly know her.”