For our latest Homegrown Business feature we spoke with Amy Ge, founder of the new alternative dating app Heartcade. The company is re-inventing the endless swiping feature of the current dating app platforms for a deeper and more meaningful user experience. 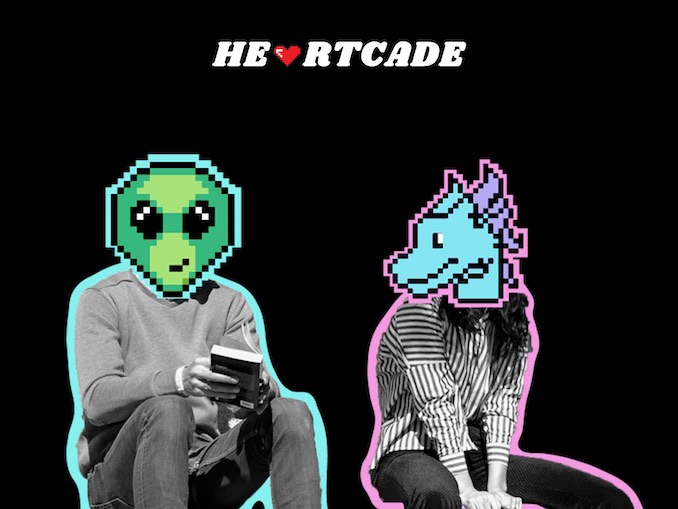 We’re Heartcade and we’re an alternative dating app. Instead of endless swiping, we’ve gamified the online dating experience to enable deeper, more meaningful connections, romantic or otherwise. Our debut game is a blind dating game that challenges people to have genuine conversations before they reveal their photos.

What made you want to do this work?

I would dread going on traditional dating apps. I was looking through hundreds of profiles and hating the process. The conversations were all the same after a while. They would be very superficial or wouldn’t progress past a “Hey, how’s it going”. But I didn’t feel like I had any other choice but to be on dating apps because COVID-19 made it impossible to meet people offline. That’s when I thought there could be a better way. If you’re like me and you really attract people through your energy or personality, traditional dating apps barely allow you to showcase that.

What problem does this solve?

Our modern dating culture is characterized by distracted and thoughtless dating, hookup culture, ghosting, commitment issues, etc. While traditional dating apps aren’t the sole root of these problems, this is a culture that they’ve helped create and perpetuate. The existing format of dating apps has led to a commodification of people, where we are swiping left or right on potential partners like they’re shopping for something online. It’s led to a fallacy of choice, a desperate need for instant gratification, and an environment where people move on quite quickly because they haven’t really taken the time to get to know each other.

Anyone ready to find love. Most of our users are like-minded individuals who are sick of traditional dating apps and adventurous enough to try something new.

How does your business make money? How does it work?

We’re free to use! We’ll be offering a premium version in the future for those who want upgraded features and perks.

Where in Toronto can we find your profession?

You can visit our website at heartcade.co. We’re available on iOS and Android app stores.

What is the best question a prospective customer could ask a member of your profession when comparing services?

“What makes you different from other dating apps?”

I would say our community. Our users are super friendly and love to chat. I’ve heard from users directly that they’ve had better conservations with a match on Heartcade than anywhere else. As well, we don’t tolerate harassment or disrespect of any kind.

The best part is getting messages from users who say they loved their experience on Heartcade, or met someone special on it, or feel hopeful about finding someone again because of us. The worst parts are the feelings of uncertainty or inadequacy that accompany starting a business, or the fear of letting people down.

What is your favourite joke about your own profession?

“CEO” stands for “Chief Everything Officer” (especially in the startup world).

PAY IT FORWARD: What is another Toronto business that you love?

There are too many great Toronto businesses to name. We should make sure that there’s still a Toronto to return to after all this is over by spending locally. Even when spending may not be possible, there’s other ways to show support, like sharing on social media. I’d like to encourage those who can to keep their favourite restaurants alive during lockdown by ordering take-out. Some of my favourites are Patois on Dundas, Dhaba Indian Restaurant on King, Kibo Sushi on Charlotte, and Sakai Bar on Dundas.