Toronto foodie Suki Hariharan recently partnered with the Turkey Farmers of Canada to produce healthy recipes using the locally sourced meat. For this week’s recipe we are sharing one of those creations with our readers. 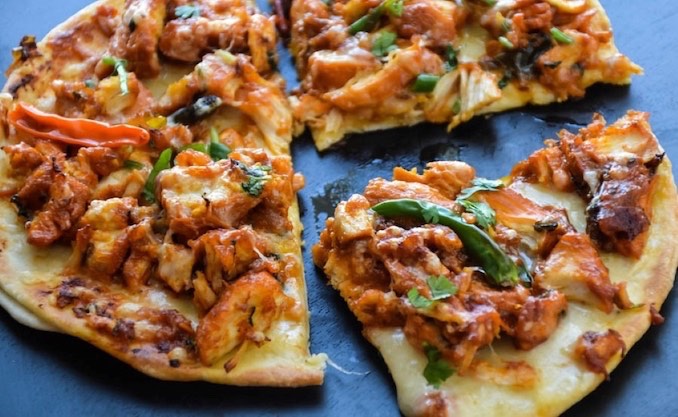 1. Combine all the pulled turkey ingredients into the bowl of your pressure cooker

3. Shred. Remove the lid and use two forks to shred the turkey. Give it a thorough toss with the remaining juices in the pressure cooker.

4. Place naan bread on a large baking sheet. Sprinkle with half of the shredded cheeses (save the rest for the top).

5. Arrange the pulled turkey evenly between the two naans. Top with the rest of the shredded cheese and green chillies. Bake in the oven at 400 degrees F for 10-12 minutes, or until golden and bubbly. Garnish with fresh chopped cilantro.