We’re on the hunt for Toronto’s funniest residents! This week, we spoke to Cathy Boyd to learn more about her comedic style and new album, Wise Tracks. 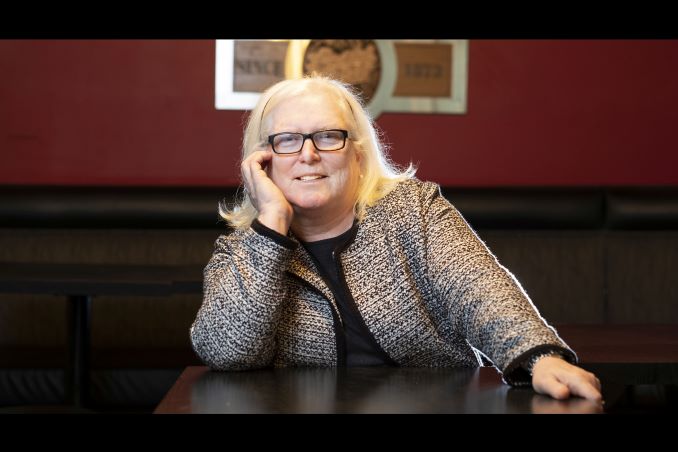 Growing up? LOL That would be in the 60’s and 70’s. George Carlin for sure. Steve Martin.

If I had only one to choose I would say Sebastian Maniscalco.

Writing, editing, rewriting……if time permits a long walk to go over the material in my head. Some more editing. I also lke to try jokes out on Facebook. Not the best place but it can give you an indication of whether it’s funny or not.

Favourite one time place was the DaVinci Centre in Thunder Bay, Ontario where I was crowned Comedian of the North in 2019. I received a $2500 dollar cheque, a crown and bragging rights. But my favourite place to perform regularly is Absolute Comedy in all three locations, Toronto, Kingston and Ottawa. The best audiences anywhere.

I find Netflix has a number of comedy specials to listen to new comedians.

I recorded an album in March just before the first lockdown in Toronto. It was released on all platforms in June but because of covid 19, I have had few opportunities to promote it. The album is called Wise Tracks and can be heard on Spotify and itunes along with other platforms and just recently tracks can be heard on SiriusXM, Just for Laughs, channel 168.

As it turns out, I have a brand new web site where you can find a link to my album among other things. It’s under construction but live.

That’s a tough one as there are so many but two of my favourites have similar styles of delivery. Todd Graham and Amy Bugg. Very funny people.

My son told me he met someone. All he said was she was a doctor and she can walk into a room and turn some heads. So, I’m assuming she’s a chiropractor.

Everyone has a story to tell. Amir, a Syrian man and his young wife escape the terrifying destruction in the […]

“A Day in the Life” with Toronto Comedian, Actor & Writer Franco Nguyen

At first glance, Franco Nguyen appears to be a Torontonian but he’s actually from the ‘Peg and is constantly in […]