Toronto born-and-raised, David Madras discovered country music in his 20s. It opened his mind – a songwriter first and foremost, he was impressed by the craft, attention to detail, and storytelling displayed by the best country songwriters. Inspired by (among others) Kacey Musgraves’ and Jason Isbell’s boundary-pushing country albums in the early 2010s, David became obsessed with bringing the joys of country music to the people around him.

David’s debut album “Early Bird Special”, showcases his range as a writer and performer, alternately catchy, bluesy, sweet and driving across its ten tracks. In 2020, David hopes to keep pushing the boundaries of what country music can be. His first release of the year, “Collide”, is a space Western, featuring a lonely desperado piloting a rocket ship, yearning for a love lost a long time ago. 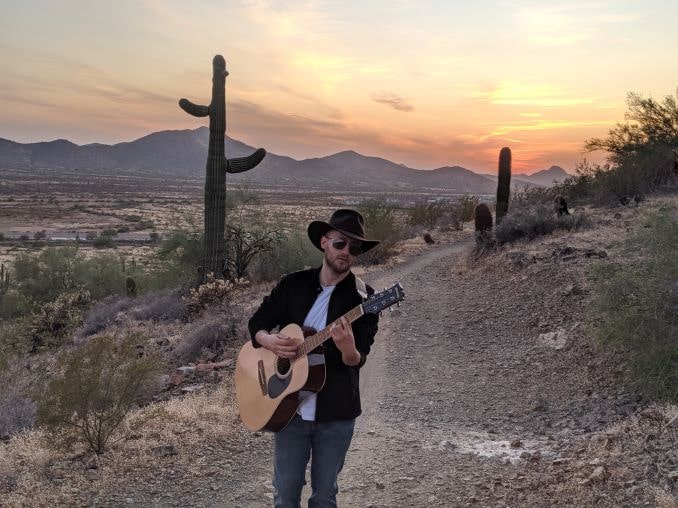 One Love Vegetarian at Bathurst and Bloor – killer Caribbean food!!

Oooh I was not a very cool teenager … Billy Joel, probably

LP! The more the better!

How can I not say early bird 🙂

No shows right now obviously, but some more space country coming out this year … keep your ears peeled!