Quarantine is the perfect time to work on your comedic skills! This week we spoke to comedian Janet Davidson about her comedic style, inspiration, where we can find her work, and her new Online Family Improv Class in collaboration with Second City! 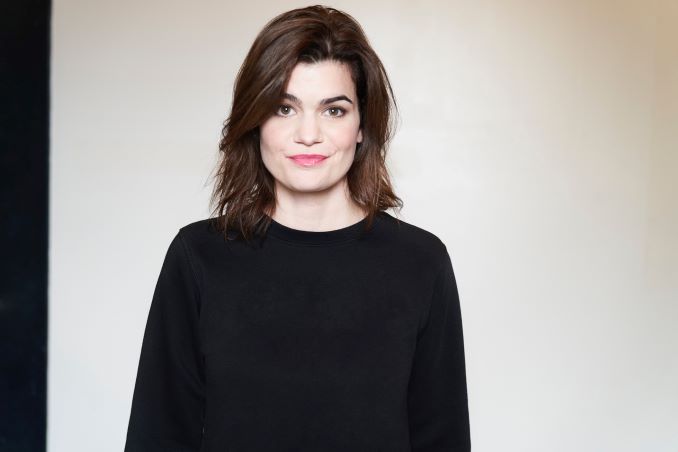 The Chicago improv show TJ and Dave has had a huge influence on my improv, and when I was coming-up as an improviser, I loved watching Caitlin Howden at The Second City and Kayla Lorette in the show Ghost Jail. Also love their new show New Eden!

Growing up, I watched a lot of Mike Myers on SNL, Jim Carrey on In Living Color, and my actual mother in our actual kitchen doing a tight five minutes at the dinner table. I also loved watching Tina Fey and Amy Poehler on SNL’s Weekend Update.

Two words: Gina Lenetti, the character played by Chelsea Peretti on Brooklyn Nine-Nine. Also adore her Netflix special One of the Greats. And I’ll watch anything created by Mindy Kaling like The Mindy Project and Never Have I Ever.

Before a show, I generally like to chat it up with whoever I’m performing with, and then have a good stretch. Probably not at the same time. But maybe.

It was great performing at Vancouver’s Rio Theatre, which housed The Fictionals’ Improv Against Humanity and Instant Theatre’s Shakespeare After Dark. It’s an amazing theatre that seats up to 400…and when the crowd reacts, you can’t help but feel it. I have to say, a personal highlight was performing a murder mystery in the early days of my career on Caption John’s Boat Restaurant: mostly because at the end of the show, Captain John himself would come out and give out prizes.

When watching shows online, I enjoy checking-out groups on Twitch (really dig the series Must See Streaming, a collection of Chicago comedians), and am also a big fan of Second City’s Girls Night In. But nothing beats going out and seeing live comedy at places like Comedy Bar and The Second City…obviously when it’s safe to do so.

It’s been a real joy teaching FamilyProv (a class I created with Second City) over the past couple of months. FamilyProv is a fun and interactive improv class designed for the entire family (ages 8 and up), and happens online every Saturday from 3-4pm EST. It’s $25 per families (up to four people). As a bonus, kids get to see their parents be just as silly as they are…if not more. You can learn more here.

Brie Watson is a constant hustler and a member of the sketch troupe The Utilidors, co-host of The Constant Struggle podcast. She’s also an incredible teacher with The Second City Training Centre, and produces a monthly a show called Popaganda.

Here’s a joke I used to tell kids when I was working as an educator/facilitator at Science World:

Why do seagulls fly over the sea? Because if they flew over the bay, they’d be called bagels.

The twinkling lights are up and the rush of the holiday season is here. But what’s the one thing many […]