Dru first tasted success as lead singer of the R&B group In Essence, whose debut album The Master Plan earned a JUNO Award, Much Music Award, and a SOCAN #1 Award (for the club hit, “You Will Never Find”) in 2004. Working with a team of hit-making songwriters and producers motivated Dru to take his talent to a new level and increased his desire to reach a broader audience, both as a singer and as a songwriter.

The One, Dru’s first solo album, was released in 2008 to critical acclaim. The first three singles, “The One”, “Stay with Me (Always)”, and “Seasons” garnered strong chart positions at CHR/Top 40 and Hot AC radio across Canada, peaking at #10. The One was also released in Japan on JVC. Dru demonstrated his versatility as a vocalist when he was featured on Doman & Gooding’s high energy Dance hit single, “Runnin” in 2009, which earned him another JUNO nomination for Dance Recording of the Year.

Rupert Gayle (Maxi Priest), producer Alex Greggs (*NSYNC, Britney Spears, Shakira), and platinum songwriter Evan Bogart (Beyoncé, Rihanna) co-wrote a number of tracks for Dru’s second album On The Brink in 2014, which included his smash hit singles “She Can Ride” and “Gettin It In” – which both sold over 50,000 digital downloads each. The third single from On the Brink was “Love Collision”, which earned Dru another JUNO nomination in 2014 for Reggae Recording of the Year. In 2015 Dru put out the single “Deja Vu”, produced by heavy hitters Baseline and Kuya Productions. “Deja Vu” earned Dru another JUNO nomination for R&B/Soul Recording of the Year. In 2016, Dru released Don’t be Afraid”, which has been streamed over 900k times on Spotify and the video has over 500k views on YouTube. That year he also opened for Sean Paul’s Canadian Full Speed Tour.

Dru’s 2018 releases “Like I Do”, “Caroline”, “A Girl Like You” and “You” have each been well-received and have collectively earned over 350k streams on Spotify to date.

Dru had a busy year, He did a European promo tour of 15 dates, hitting 10 cities in 7 countries, Headlined TDOT FEST (Canada’s largest outdoor Urban music showcase) was a contestant on The Voice Russia, performed at “The Salvation Army’s Christmas in the Square” at Yonge & Dundas Square as well as the 2020 TD Black Diamond Ball. Dru will released a new single “YNF” this April His upcoming album TRB MMXX (The Rebirth 2020) to follow.

This album will have a deeper soulful 90s RNB feel, but still maintaining pop appeal. From the themes to the songwriting, it all came from my heart and personal experiences. “The Rebirth 2020” is my re-introduction to the music industry, but I’m bringing 20/20 vision along with my lessons learned. 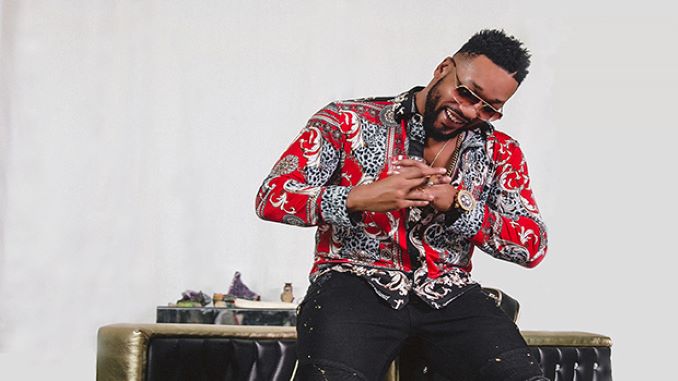 Just Before i go on i like to have a “Black Russian” and i say a small prayer to myself.

Studio on the Road, lol.

I had a Europe tour planned for May 2020 but that has been postponed due to Covid19, My new single YNF is out NOW on all platforms and s getting a lot of love online, and my new Album Drops this summer “THE REBIRTH 2020 aka TRBMMXX, EFFORTLESS ENT / FOUNDATION MEDIA

Versatility is the defining trait of Jeff Eager’s talent. The character and range of his voice, the pocket of his […]

In 2015, JUNO award-winning Sean Jones became the first artist to secure a solo summer residency at the historic Casa […]