A simple way to describe Tina Jung is talented and generous. However, a description like that might give the impression that Tina is only a wave in an ocean of actors spanning the entertainment industry. That would be an unforgivable conclusion.

With her unmistakable on-screen beauty it’s easy to see why Tina fits in with the pretty people of Hollywood, however, if that’s all you take from the experience of her work, you are missing out on the brightest and best qualities of her being.

While Tina’s artistic skill is evident upon the first line she reads of a script (and I know as I’ve had the pleasure of directing her twice in the last year), there’s a much more elevated quality to her as an actor. Her natural curiosity and enthusiasm breathes life into each character she portrays in a way that excites a director and bemuses a writer. Never one to shy away from suggestions or feedback, she welcomes the opportunity to collaborate on the story to create characters that are as three dimensional as possible.

But an actor is only as good as the spirit that resides within them. This is where Tina shines. She is a radiant woman who believes that being the best version of herself in any given moment is what’s most important. Like anyone else, she has her moments of self-doubt, but instead of feeling sorry for herself, she reaches out to others and reminds them how magnificent they are. She likes a well-placed gif in an online conversation, but loves tackling life’s deepest questions even more. While she’s a bit of a mystery, the most important parts of who she is are unmistakable. Her love of family and deep connections with friends and co-artists are rivalled only by her love of animals, and especially her dog, Maple.

Tina is one of those rare artists who uses her success to give back. She believes in helping others believe in themselves. Whether it’s donating her time and expertise to a low-to-no paying independent project or making herself available to a friend in need, she’s ready and willing to help. She’s a natural storyteller and writer as well creating stories with unique and interesting perspectives. All this tempered with a sense of humor that is sharp and playful.

If it sounds like I’m a fan, it’s because I am. There’s a lot of brilliant actors in Canada, however what’s most important is who you are beyond your abilities. Tina, in all her natural splendor, is one of those people who puts the needs of others before the needs of her career and herself. She demonstrates the importance of being a great person before being a great actor with ease. That is what makes Tina Jung, not the wave, but the ocean. 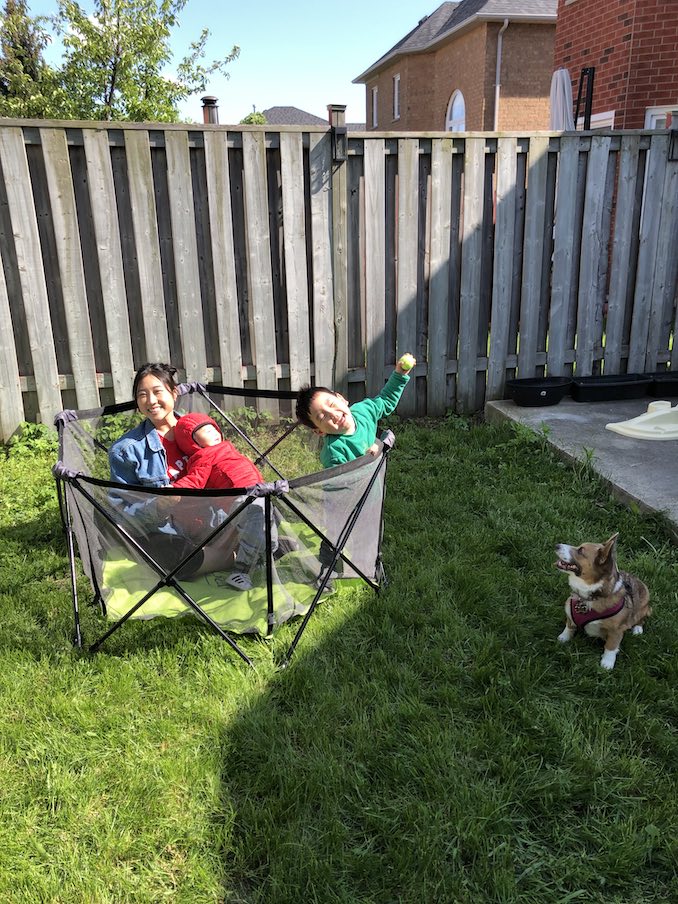 Downtown Toronto! I love being in the core of the city, I like the busyness, the hustle, the convenience, and livelihood of the area.

I’m an actor, writer, producer and a voice actor. To name a few, I’ve worked on shows and films such as Suits, The Good Witch, In Contempt, Kim’s Convenience, and No Sleep ‘Til Christmas.

Currently promoting my feature film called Queen of the Morning Calm written, produced and directed by Gloria Kim. It is a project that has been in the works for the past 12 years. The script was placed in the second round of the Sundance Screenwriting Lab and won the Telefilm Canada New Voice Award. I also finished filming season three of the award-winning sitcom Second Jen on Omni, and I am currently working on a video game at the moment.

Queen of the Morning Calm will be making its Toronto Premiere at the Canadian Film Festival later this year. It is an empowering mother-daughter story following Debra, a young immigrant sex worker raising her daughter in a toxic environment. It is a story of emancipation as Debra struggles to find freedom from a life of poverty, abuse and addiction. Queen of the Morning Calm had a successful World Premiere at the Whistler Film Festival this past December.

“A Day in the Life” with Toronto Actor Chase Tang

“A Day In The Life” with Mississauga creative, Marcus Letts

Born and raised in Mississauga, filmmaker Marcus Letts is the mind behind Uncommon Video. Marcus Letts has collaborated alongside local […]