Among his world travels, Toronto-based artist Gérard Paraghamian saw the work UNICEF was doing to help people everywhere. To help aid their efforts. Paraghamian gave them the “rights to use” of several of his work to UNICEF. We spoke to the artist himself to learn more about how he’s helping UNICEF.

UNICEF is the world’s largest humanitarian organization focused on children. It operates in more than 190 countries doing both long-term development work and responding to an average of 300 crisis a year, including wars and natural disasters. While it is part of the United Nations, it relies entirely on voluntary donations.

UNICEF Canada is defending the right of every child to a childhood, to grow up safe, healthy and happy and have access to education no matter where they are living. That includes conflict zones. Its pillars are water, sanitation and hygiene, nutrition, health, education and protection. Most people may be surprised to know that UNICEF supplies vaccines to 45 per cent of the world’s children. 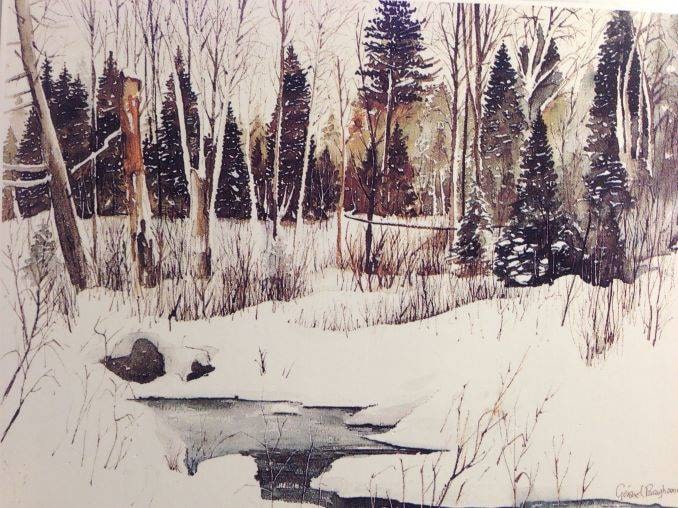 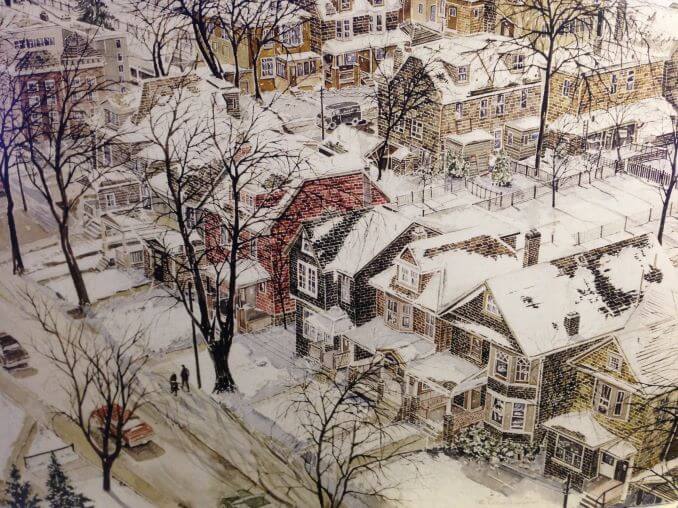 Frankly speaking I don’t quite remember, it’s been quite a while, but I was aware of the achievements of UNICEF and I said to myself that if some day I could do something positive it would make me very happy.

Art was a natural way for me to express my appreciation of all the good that UNICEF is doing in the world. I remember travelling through Africa and seeing the UNICEF logo, it stuck in my mind. Another time, in New York, I had a glimpse of the logo again and decided to look into their fundraising. I was not sure at first if they would accept what I had to offer, I suggested a city winter scene that I had painted and they approved. I was told that the card did very well in sales. It became a yearly habit for me to donate. 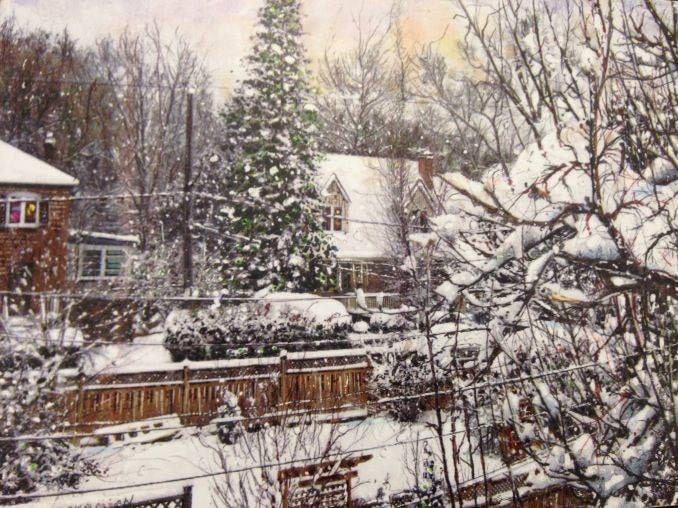 How did you appreciate the work of UNICEF around the world?

Well to quote a paragraph out of my book, “Gerard Paraghamian- An Artist’s Journey”. I have spread my wings over 6 continents by bus, plane, train, mule, foot and camel, hitchhiking was my least favourite after I got robbed and left by the road side, trekked to the base camp of Mount Everest in Nepal, made it to the top of Mount Kilimanjaro in Tanzania, photographed the Andes in South America, journeyed through the USSR as a student exchange representing the Arts for Canada, photographed wildlife in Africa, travelled through the Sinai desert, past the Suez canal and seen the burned out tanks half buried in the sand, leftovers of a meaningless war, found my way to Jerusalem to pray for peace. In India, I painted the Taj Mahal, sold things in the streets to raise money for food and to continue my quest. While in Armenia, I gazed in awe at our mountain towering in the distance, praying that one day Mount Ararat will be once again part of Armenia, but it was my pilgrimage to Japan that Hiroshima and Nagasaki left me with an everlasting impression about man’s false ambitions. Therefore it was not difficult to see that the world needed help and UNICEF was always there. 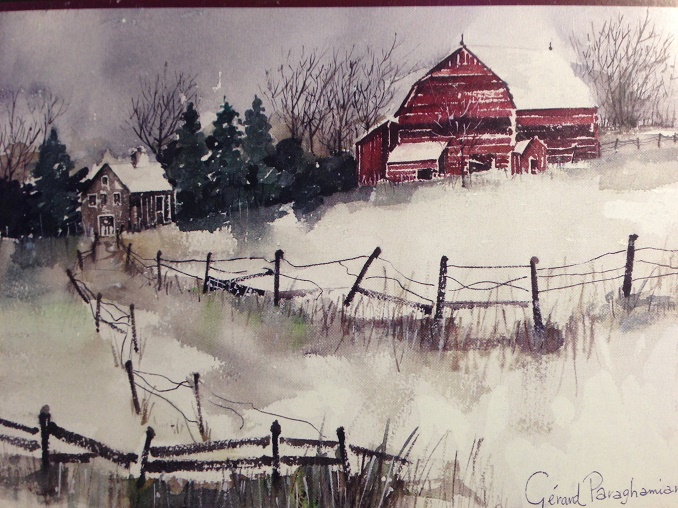 UNICEF is a very successful organization thanks to the input of many countries but because of the many on-going conflicts in the world, I am sure it is stretched to the limit.

The demands on UNICEF are more and more obvious, it seems that this beautiful world of ours is in need of friends such as UNICEF, is it enough? more and more is needed, I will donate my art wherever it is needed. UNICEF has grown into an awesome organization. I am not sure what would happen in the world without it. 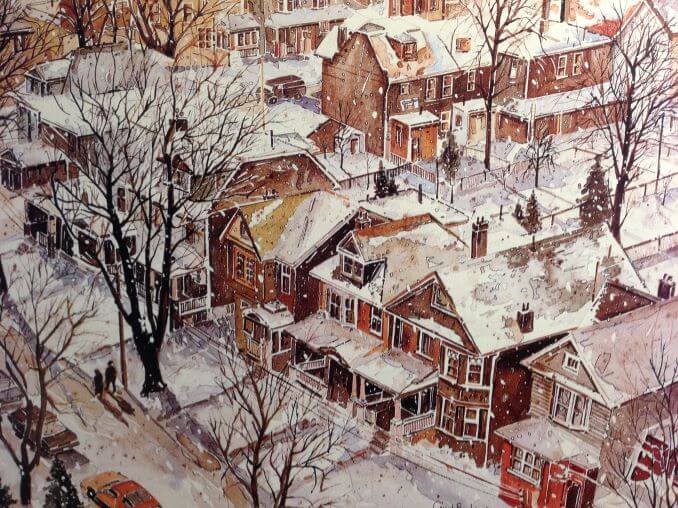 We have made tremendous progress in key areas, including child survival rates and access to education. But the world remains a very dangerous place to be a child. The number of conflicts is at a 3 decades high. Climate change is increasing the severity of weather events, including droughts and floodings. The outbreak of disease is rising. By supporting UNICEF Canada, Canadians can save children’s lives and help give them a brighter future.

The best way to support UNICEF Canada is to become a monthly donor. That money is predictable and gives UNICEF the flexibility to use it where it is needed most urgently. 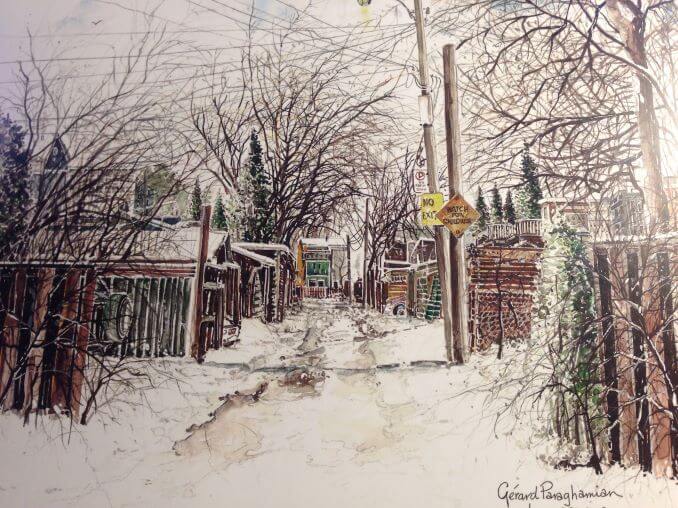 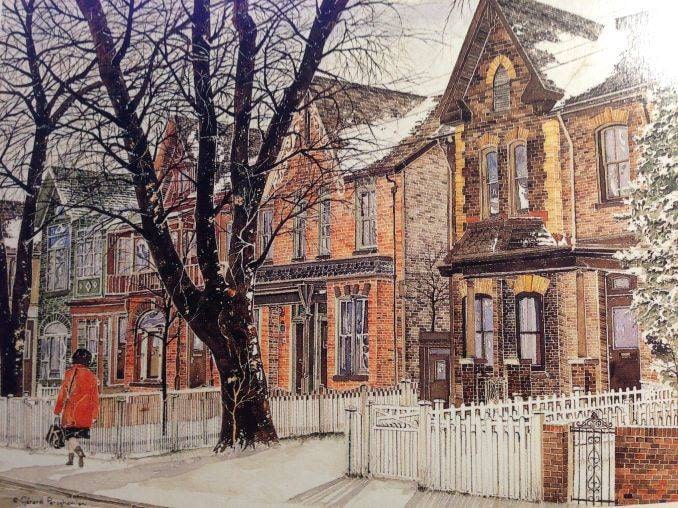 I have put the finishing touches of my second art book that was published unfinished because of an accident. The first book was presented to Toronto Mayor, John Tory and Premier Kathleen Wynn as it contains many paintings of Toronto and Ontario. “Canada 150” was the last major project where I made a collage of paintings that I had done a few years ago representing all the provinces and territories of Canada, it was quite the thing, sort of brought the country together.

The art books will be sold on line, you can also view my website.

I think they will only grow in popularity thanks to experiences like the Immersive Frida Kahlo. With Torontonians looking for […]

“A Day in the Life” with Toronto creative Alan Ganev

The Bob Marley One Love Experience is Enchanting and Captivating

Lighthouse Immersive hits us with another gem! Torontonians and tourists alike are offered the opportunity to enter the world of […]