The Musical Stage Company’s 13th edition of the very popular rock/musical theatre UNCOVERED is getting ready to wow us once again!  This year’s production will highlight the songs by two hugely influential artists: Stevie Wonder and Prince.

Actors are cast to play the parts of the featured singer/songwriters and they have monologues between the songs. The dialogue is taken verbatim from interviews the artists have done and, in its entirety, the songs and the text create a narrative of sorts. Musical Stage also introduced gender-blind casting for these roles in 2016 with Maev Beatty appearing as David Bowie, then Sara Farb was Bob Dylan in 2017. This year, Sarah Afful will appear as Stevie Wonder (and Chy Ryan Spain as Prince.) 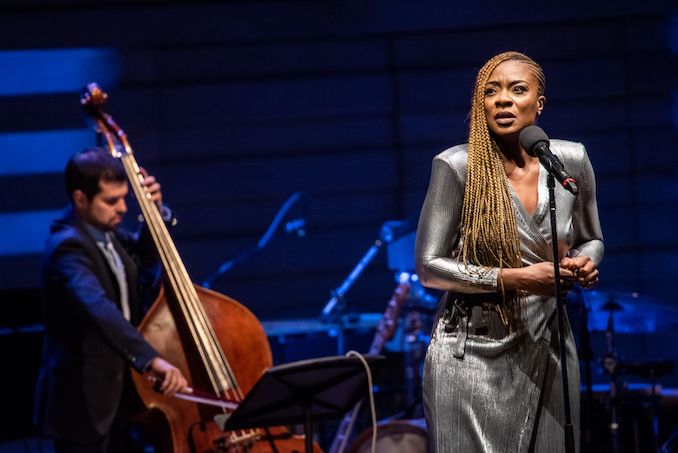 What began as a one-night event has now expanded to a signature six-night concert series, taking place November 4 – 7 at Toronto’s Koerner Hall and November 8 – 9 at the George Weston Recital Hall, Meridian Arts Centre (formerly the Toronto Centre for the Arts), produced in association with TO Live. Audiences will experience music director Reza Jacobs’ wildly imaginative and theatrical arrangements, as some of Canada’s greatest musical actors from Broadway, Mirvish and the Stratford and Shaw Festivals perform such classics as “Purple Rain,” “For Once in My Life,” “Little Red Corvette,” and “Isn’t She Lovely.” In the preview video, Broadway’s Thom Allison sings a stunning arrangement of Stevie Wonder’s “I Just Called to Say I Love You.” 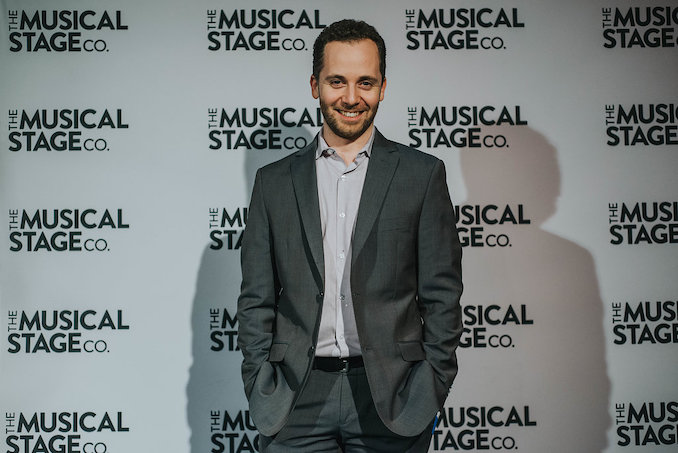 We had a chance to chat with Mitchell Marcus, The Musical Stage Company’s Artistic and Managing Director to find out more!

Can you tell us how this idea of UnCovered all started?

MM: It began in 2007 as an idea for a fundraiser. Reza and I met to talk about collaborating on an evening for The Musical Stage Company (then called Acting Up Stage Company) and decided to do an evening of rearranged Beatles songs starring musical theatre artists. After that first fundraiser at the Diesel Playhouse, we realized that there was something magical in the format — when you explore pop songs with a theatre aesthetic focusing on lyric and story you hear the words in a brand way and have a unique emotional connection to songs that are often more about “groove” than “narrative”. Over the last 13 years, UNCOVERED has grown into our signature annual event and we have gotten even more rigorous in how we create the arrangements to support hidden stories within songs that we all know so well.

Is there a storyline?

MM: There isn’t really a storyline per se — it’s definitely a theatrical concert rather than a piece of theatre. However, we needed something to break up songs while we set up for the next and decided to use real quotes from the artists we are featuring. Over time, we have begun to select and order those quotes to help share a curatorial idea about the artists we are covering. For example, this year, we chose Stevie Wonder and Prince because both had spoken so eloquently about how much they were inspired by the other. So the sequence of quotes and the way the quotes are presented help to illuminate a friendship and admiration between two profoundly thoughtful and gifted artists, all using real things that they have said in various interviews.

How did you decide to work in the songs by Stevie Wonder AND Prince for this year’s production?

MM: We’ve wanted to do Stevie Wonder for a while but were debating pairing him with another artist (over time, we’ve had more fun when we pair two related but somewhat unexpected people together in one evening). I then stumbled upon a series of interviews Stevie Wonder did about Prince after Prince died, and they were profoundly moving. We realized that there had been a real bond between these two iconic artists and that their mutual admiration and love (not to mention their phenomenal music) would make for a killer evening.

There are a number of familiar voices in this production, did you envision the songs with the performers or did you cast them first then decide what they would sing?

MM: It’s a bit of both. Usually, there are one or two artists that we know are going to be in the show before we have decided on the songlist. But we create a songlist early on and then ‘cast’ appropriately to make sure we have a fantastic balance of different styles, voices and energies so that the evening is a wild ride for the audience.   5. They all bring their unique voices to the production, regardless of gender, which in turn, makes us think of the music first and how these iconic songs have made an impact on many people. What has been the response in previous productions to the casting?

The artists on stage are the highlight for the audience. There is nowhere else you will see this talented and eclectic group performing together in a single show. It’s magical.

What are your personal favourite Stevie Wonder and Prince songs?

MM: There are so many!!!! Knocks Me Off My Feet is probably my favourite Stevie Wonder song and – while he didn’t make it famous himself – I think that Nothing Compares To You is the finest piece of writing from Prince.

The Give and Grow Presents: The Alley Oop Project 2022

When you think of basketball, do you also think of…plants? Well, if you’ve had the absolute pleasure of visiting The […]

The King Edward Hotel was the first luxury hotel in Toronto built in 1903. It was a sought after destination […]