Version Xcursion is the brainchild of producer/DJ/Radio Host Lee Castle. An unapologetic ambassador of UK bass music, Castle’s raw, organic, emotional sound emerged from the struggles in the streets of his hometown St. Paul’s, Bristol, the birthplace of trip hop music. After escalating crime and violence at home pushed him to create a new life for himself in Toronto, Canada, Castle became known locally for his popular radio shows ‘Version Xcursion’ (CKLN 88.1fm) and ‘FlirtUKG’ (iLive Radio).  Establishing both as events companies, Castle was the DJ, organizer, and promoter of popular club nights flooding Toronto with the UK sound in the 90s and early 2000s. Now widely recognized for his expertise as a trail-blazer in the scene, Castle was recently invited to be a judge for the Juno Awards in the electronic music category. While never losing focus on building community through initiatives like ‘Conversations with VX,’ a community-based live-interview event, Castle is now more than ever on a mission to promote the sound and history of his hometown by creating his own downtempo music to share with the massive through his new label System Echo Recordings.

To that end, he has teamed up with Amai Kuda, a singer/songwriter whose unique sound has been described as a “tantalizing Afro-soul combo of folk, roots, desert blues and African continental music” (NOW magazine). An established artist in her own right now working under the band name Amai Kuda et Les Bois, Kuda has delivered two highly praised albums,  AfroSoul Volume II: MaZai  and AfroSoul Volume Volume III: Re’ since her debut, Sand from the Sea, was called “one of the year’s most exciting discoveries” in 2012 (music journalist and historian Nicholas Jennings). Sharing the Version Xcursion passion for community-building, Amai Kuda volunteers her time teaching Black youth about nature and music at a local farm and regularly gives workshops and performances at schools, universities and community centres, as well as at more high profile stages like the Jane Mallett Theatre, Harbourfront and Luminato. In 2015 she was one of the ‘101 Standout Artists’ during the CBC Searchlight competition and she recently won Best Folk/Roots award and placed 2nd for the Best Song overall at the Toronto Independent Music Awards. Having opened for the likes of Joel Plaskett, Kellylee Evans and Sarah Slean, and collaborated with M1 of Dead Prez it’s no surprise that Castle approached her to collaborate. The pair elevate each others work, “push(ing) the boundaries of music, contrasting styles, blurring genres and presenting fresh sonic possibilities.” (Cashbox Magazine Canada) Lookout for their new EP, Holding Back, which will be available for release on June 21st, 2019 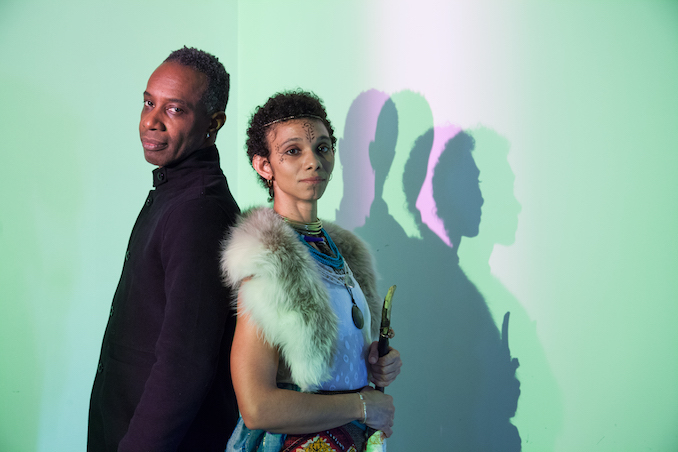 # of Albums: The one Holding Back EP being released on June 21st

Latest Release: “This Is How” single

Latest Single: “This Is How”

Latest Video: “This Is How”

Sneaky Dees nachos, pasta from Terrain or a superfood salad from Fresh?

Holding Back EP drops June 21st and the launch party is on the June 22nd at Geary Lane.

Eliot Britton is a composer and media artist obsessed with creating new sounds and transformation of acoustic materials. From thundering […]