In 1979, New York’s iconic punk band, the Ramones, went into Gold Star Studios in Hollywood and started recording their fifth album, End of the Century, with legendary producer Phil Spector. It was a time of transformation for the Ramones as a band. The album was their biggest seller, even though the eccentricities of Spector nearly killed them.

FOUR CHORDS AND A GUN follows these tension-filled 1979 recording sessions.  There were the conflicting stories that swirled in the music industry with rumours that Spector pulled a gun on the Ramones and held them hostage to keep them in the studio. It was a clash of egos and defining moments in the punk rock band’s history.  This production opens almost 40 years to the day that these historic events unfolded. 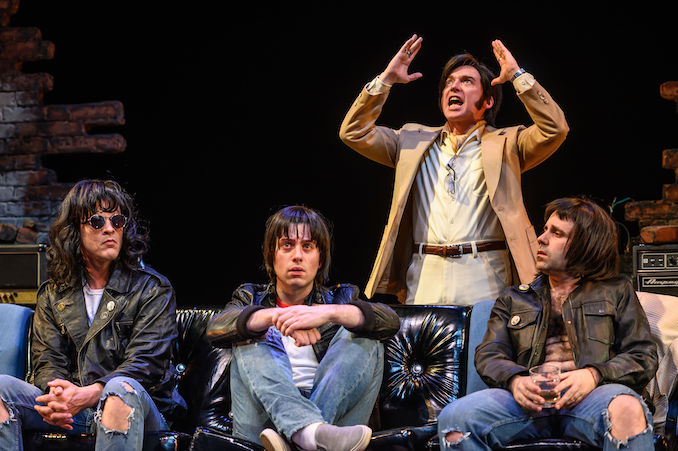 We had the chance to ask John Ross Bowie more …

What should people know going into this show? We know it’s not a f*cking musical.

JRB: They’re gonna watch a sort of tragicomedy about a one of the greatest bands in the world, a band that reinvigorated music and launched literally countless other bands. As in, there would be no way to count how many bands were influenced by them. It’s funny, it’s sad, and most of the really weird stuff is 100% true.

What’s been the reaction from die-hard Ramones fans?

JRB: Very warm! We had people who used to work for the band come see the show in Los Angeles, and one of the guys who wrote Rock-n-Roll High School came to see it. They all thought it was faithful and affectionate, which was my intention.

What drew you to this particular moment in the band’s history?

JRB: It’s a real watershed moment for the band – they’re working with one of their heroes, the really want/need a hit record. Their peers like Blondie are starting to see mainstream success. There was a ton going on emotionally in the band, there was a lot of mental illness grinding against each other. And it turned out a great record. I didn’t want to write a soup to nuts Ramones biography – I thought it better to take one significant record and focus on that as a sort of a microcosm of the band.

It’s interesting that story is told in a theatre setting, what made you decide go this route?

JRB: As opposed to writing a screenplay, like everyone in LA suggested I do? The short answer: because I hate money.

In all sincerity, I thought theater was a much more intimate way to tell this story – to put the audience quite literally in the room with the band, in the room with this powder keg combination of people. I love going to the theater, and I think there’s something kind of sacred about it. It felt like a way to get people to take the Ramones seriously. 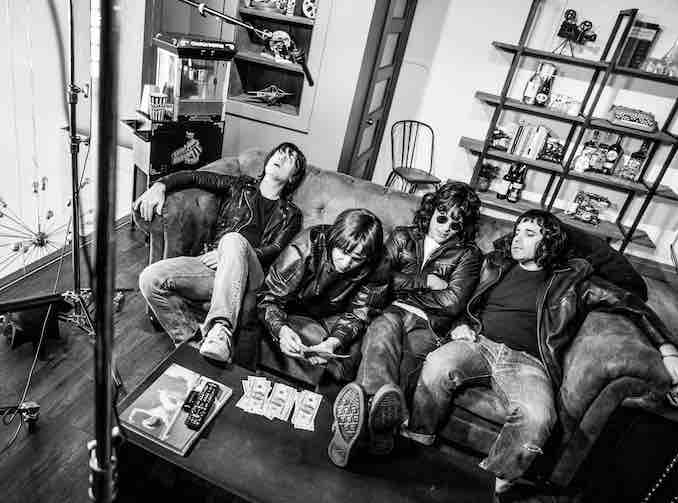 We hear you’re a fan of the Ramones, anything surprising that you’ve learned about them?

JRB: I’m always learning new stuff about the Ramones. I recently found out they opened for Foreigner. Imagine being at that show!

JRB: It changes constantly, and there are hundreds. I recently went back and listened to End of the Century again, after an understandably lengthy hiatus, and there’s a song on side 2 called “This Ain’t Havana” that is just explosive. You can expect this answer to change in a day or two.

While this is not a f*cking musical, there is a jam session at the end of each show so die-hard fans can kick back with some of their favourite Ramones tunes.

Soooo….Hey! Ho! Let’s go! FOUR CHORDS AND A GUN  is now on stage at the Fleck Theatre (Harbourfront Queen’s Quay) in Toronto until April 28, 2019.

Where to order Mother’s Day Brunch in Toronto