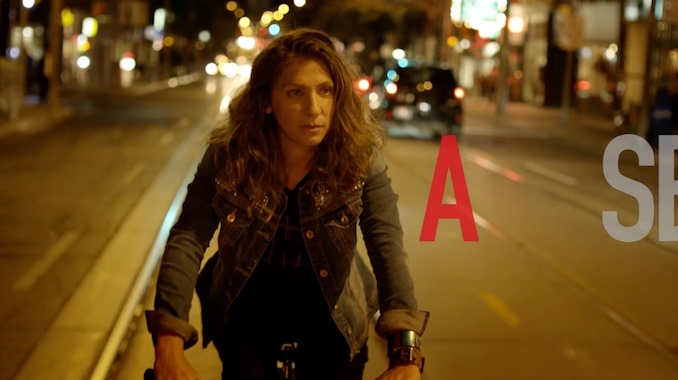 Diane Flacks is an award-winning Canadian comedic actress, screenwriter and playwright. She plays Elsie in the new rom-com film, Portrait of a Serial Monogamist, as a forty-something Toronto TV producer who is a self-proclaimed serial monogamist who seems to have slept with everyone in town. When she breaks up with her long-term girlfriend, her friends challenge her to stay single. But then DJ Lolli enters her life and things get more interesting…by the way, mom disapproves. Did she make a mistake?

The film is written and directed by Christina Zeidler and John Mitchell. Beautifully set and shot in Parkdale was also a nod to the city. “We were interested in the idea of making Toronto a character. Toronto isn’t New York, of course, and we didn’t want to disguise that, turn the city into something it isn’t,” said Mitchell.“We wanted to show Toronto the way we see it, [and] give audiences an insider’s view; the city , as we call it.” 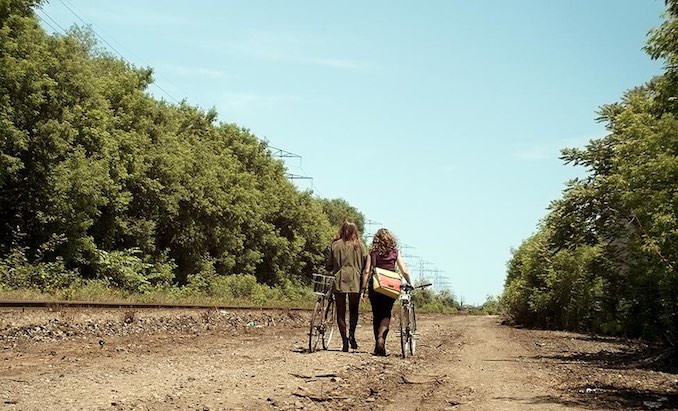 This whip-smart and status quo challenging rom-com is full of funny Canadian talent including Carolyn Taylor, Vanessa Dunn, Sabrina Jalees, Gavin Crawford and Robin Duke. After successful openings at recent film fests, the film is now playing at the Carlton Cinema and will be available March 15, on VOD/iTunes .

We recently had a chance to catch up with Diane….

I can share mine when I found myself dealing with my grief by cleaning the light switches with windex. Suddenly it was crucial that I focus on them and do that. I have never cleaned a light switch ever again in my life.

Some people don’t believe it’s natural to be a monogamist…what do you think?

My longest stretch has been 20 years but that doesn’t mean it’s natural. I don’t think it is for most people. But then again, I did get to legitimately kiss every lesbian in Toronto in the making of this movie.

Do you work for the Campbell’s soup company? Because you are mmm mmm good.

Portrait of a Serial Monogamist Final Trailer from Wolfe Video on Vimeo.

This is filmed in Toronto…why this city?

Toronto is beautiful, moody, quixotic. The locations are poetic and stark – and most of them were FREE.

Your favourite date places in Toronto?

I like a walk on the beach, not to be GROSS and cliche. And I love pubs. I love theatre. I love the live, immediate experience with a live person.

Best relationship advice anyone has ever given you?

Oy. Hm. I don’t fucking take people’s relationship advice because nobody can say what your relationship is. Nobody knows what you need and who you need. But I would suggest getting over yourself and listening.