In 1984, as Canada’s first ‘VJ’, he helped launch MuchMusic, where he interviewed artists as diverse as Paul McCartney, Neil Young, Peter Gabriel and Tina Turner. In 2002, Ward was featured in ‘Austin Powers – Goldmember’ in the group Ming Tea, alongside Susanna Hoffs, Matthew Sweet and Mike Myers. 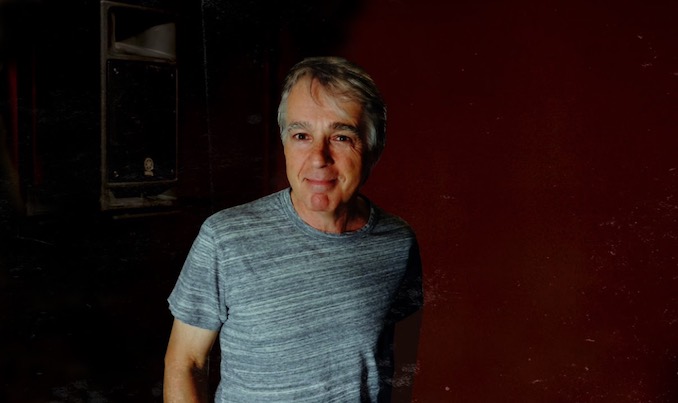 Favourite band as a teenager: The Beatles

Alannah Myles’ Billboard No. 1 song from the 1990s, “Black Velvet,” will be inducted into the Canadian Songwriters Hall Of Fame on June 10, 2021.

The idea for “Black Velvet” was sparked by a trip to Memphis a few years prior, for the 10th anniversary of Elvis’s death. Ward, a renowned MuchMusic VJ at the time, was on a music assignment with a group of Elvis fans and was inspired to write a song that evoked the passion he witnessed. As Ward recalls, during the songwriting process, “for me, every song has a key line that unlocks the rest of it. With ‘Black Velvet,’ it was, ‘a new religion that’ll bring you to your knees.’ That new religion was rock ‘n’ roll.”

Myles put her stamp on the song with distinctive, raw, and gritty vocals that were powerful, yet at times soft and playful. Released in July 1989, the song quickly skyrocketed up the charts, reaching No. 1 on the Cashbox chart, Billboard’s Hot 100, then mainstream rock charts by early 1990. The album sold 1.2 million copies in Canada, making Myles the first female artist to achieve Diamond status in Canada. The song swept the 1990 JUNO Awards, garnering Tyson and Ward the Composer of the Year honour. Myles’s recording won the 1990 Grammy Award for Best Female Rock Vocal Performance, topping heavyweight nominees, including Janet Jackson and Tina Turner.

“Black Velvet” was declared a SOCAN Classic in 2004 and became a blockbuster mega-hit – one of the most-requested songs on radio. It has since been widely covered, by the likes of Kelly Clarkson, Melissa Etheridge, Cali Tucker, JUNO winner Meghan Patrick, and others. It continues to reach new audiences today, with more than 150 million streams on Spotify. More than 30 years after its release, Ward has recorded his own version of “Black Velvet” in a new, self-penned, and deeply introspective album, Same River Twice, released May 28, 2021.

Neither is fit for humans