Nikkei cuisine is just starting to grab our attention here in Toronto. For South Americans it’s very much woven in the culture particularly in Brazil and Peru. Yes, you’re not mistaken if it sounds Japanese. The cuisine takes Japanese cooking traditions and South American ingredients to create its own flavour profile of unique and flavourful dishes. While we may have less than a handful of places here that offers Nikkei, we know this city is ready to welcome Chotto Matte.

This restaurant, with locations already in  Miami and London, has chosen Toronto as its next destination slated to open this summer at Brookfield Place. 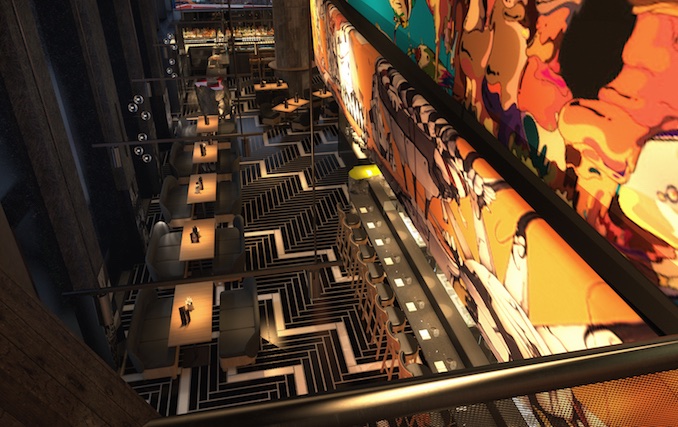 But let’s back up and explain a bit about Japanese influence on South American cuisine. Japanese people immigrated to various countries around the world beginning in 1870s. Brazil was attracting workers for coffee farms with promises of a better life, of course far from reality. Most were not planning to stay for the long term but the Second World War changed their plans. Many made South America a permanent home and today the Japanese community is fully integrated in areas including  Sao Paulo and Lima.

Brazil has the largest Japanese population outside of Japan. The migration included the introduction of Japanese fruits and vegetables to the region and thanks to the Pacific coast line there were many similar fish species discovered. The term “Nikkei”  has been used to describe the people who have planted themselves in new countries. The cuisine itself, particularly from Brazil and Peru, has come into its own and very much part of the South American food scene for over three generations. We are already familiar with ceviche that is cut up pieces of fresh raw fish cured with citrus juices and served up usually as an appetizer — in Nikkei cuisine you would find tiradito, a sashimi style fish served with local ingredients such as leche de tigre. Despite its translation as “tiger’s milk” or “milk of the tiger” the ingredient is a citrus-based spicy marinade made with aji, salt and other spices, that is used in classic Peruvian dishes.

Nikkei is the skillful art of carving out beautiful pieces of fresh sashimi but of course it goes beyond that. Restauranteur Kurt Zdesar, Chotto Matte,  tells us it’s also about the bbq (robata) of course but it also includes a chicharronería — described as a place to get fried food …think tempura. It’s all the cooking techniques and flavours all brought together.

Excited? Indeed. The opening of Chotto Matte will bring a fresh cuisine to the city this summer and we can’t wait! In the meantime,  we had a chance to find out more with Zdesar about his new entry into the Toronto food scene. 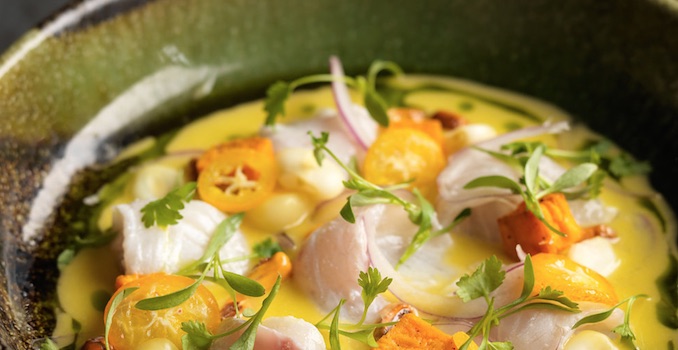 Why did you decide to open up a restaurant in Toronto?

KZ:  I fell in love with Toronto and it’s important at this point in my career to choose where I want to spend my time and in places that I really like. We introduced Nikkei cuisine five years ago to London (UK) and recently opened in Miami. In Miami there is more of that style of cuisine as there’s a very big South American population. That was terrifying because I thought “Now we’re really going to get judged!” In the UK we have some but it’s not like Miami. Everyone speaks Spanish there and they know the flavours. But it worked extremely well. Our Peruvian guests have told us it’s as good, if not better, than what they’ve had at home which is a great compliment. Coming to Toronto we know the market isn’t as established in this style of cuisine and that’s very exciting for me. I saw how successful it was in London so it’s nice to be first here. Having said that, since we’ve been in the process of bringing our restaurant here we’ve seen a couple of restaurants pop-up and it’s great to see they are doing well. I think it’s great that they’ve tested the waters and for us it’s proving that people are enjoying the cuisine and thriving.

Tell us about your Toronto location?

KZ: Location really matters. I mean if you’re going to invest into this, or any business, you’re going to want the best location possible. However, if you’re that great, then people will come and find you. When we saw Bay and Front and it’s close proximity to Union Station and the Financial District we thought it was a great location. The restaurant will have seating for 250 people, a patio and then the bar as well. I love Toronto. The city has such an evolving restaurant scene. Every time I come there’s something different. It really excites me to know that Torontonians are really open to new cuisines and if we do our job right it means they will come back. 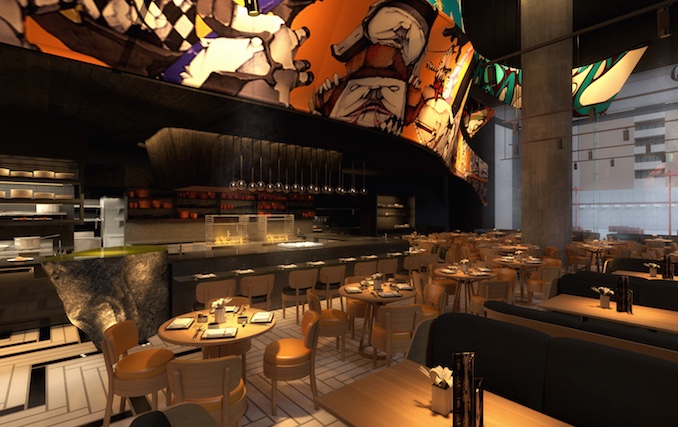 What do you think about Michelin Star restaurants?

KZ: I don’t aim for a Michelin Star but I am aim to do the best I can do. It’s really a team effort. The Star is recognition for everyones hard work and it just lets the staff know that they’ve worked hard to achieve something that supersedes expectations. I’ve achieved them in the past before but never went out there thinking about getting them. But when you do get them, it’s definitely a great feeling.

Tell us a bit about what to expect?

KZ: All of our meats and fishes are marinated. Marinating infuses flavours and makes the meats juicy and tender. We use a Japanese Robata  and we use Binjo which is a particular type of wood we use. The Japanese have a particularly great ingredient we love called Yuzu. If you swap out lemon for a bit of Yuzu it just transforms a plate and gives it a flavour that is somewhat familiar flavour to the normal palate but it’s a more exotic flavour. We use hundreds of ingredients like that that we’ve discovered between the two pantries between Japan and Peru. I would describe the dishes as the best of both worlds.

We will have some of our dishes here like what you would find on our other location menus. However, we don’t have all the same ingredients available here as we do in the UK and Miami so we will also include dishes that incorporate what’s found locally. We can still find dishes that speak our language but some may be slightly different. What I also like about that is that anyone who’s dined in our other locations will also have the opportunity to discover something that may be different to them.

As far as interior design, we will also be using shou sugi ban–  a blackened burnt timber that is used in Japan for buildings. The process of treating this wood gives a charcoaled texture that is soaked in oil to harden it. It will last 80 years in all weather conditions.

We’re importing beautiful lava stone boulders that will be handcrafted here when they arrive by local artists. Artwork is a massive feature for us. We tend to find artists locally to work with as well. 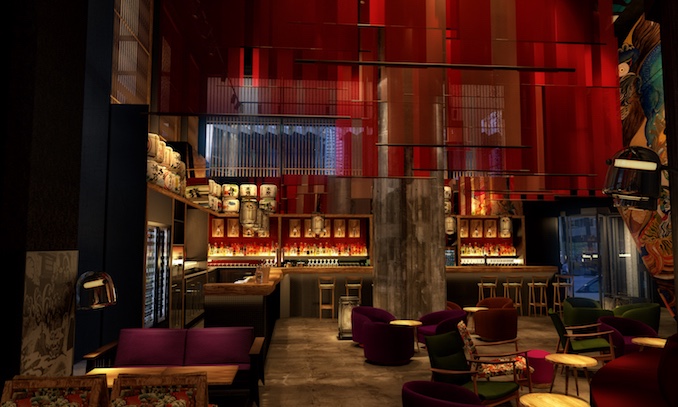 Where did the name Chotto Matte come from?

KZ: I worked in a Japanese restaurant and whenever we interrupted the chef we were taught “Chotto Matte” as a way of just telling us to wait. It was a common phrase we heard and said in the restaurant. Then we went to Milan and opened a new restaurant with all Japanese chefs. I didn’t know any of them and they didn’t know me well. In the middle of service on one of the first night I went up to the bar to sort out a question. I said “Chotto Matte” and the all of the sudden the person I was speaking with said “Don’t you talk to me like that!” Then, I wondered if I’ve been using swear words all this time! I then learned that if you say “Chotto Matte Codo-sai” it was a more polite way to get someone’s attention. When I was trying to come up with a name for the restaurant, like all my restaurants, I start with a working title. Chotto Matte just stuck. When I asked Japanese people about that for a restaurant name, they laughed. I figured if I got that reaction from them then it’s going to be memorable.

We’re looking forward to the opening this summer. For a look at some of their drool-worthy gallery and menu visit www.chotto-matte.com

Japanese convenience stores are a lot different than the ones we are used to in North America. Linda, a representative […]

Toronto brunch spots worth getting out of bed for this weekend

For our recipe column we like to ask local Toronto, and sometimes Ontario, chefs to share with us some of […]