For this week’s Plus/Minus, I have some thoughts about us, the fans.

I’m proud of being from Toronto. It’s a great place to grow up, live and coexist with people from all walks of life. It’s one of the best cities in the world for numerous reasons. As sports fans, or say Leafs fans, they fill the building religiously. The Toronto crowds are generally very classy and supportive of a team that has been a little light in the old trophy case, this century anyway. 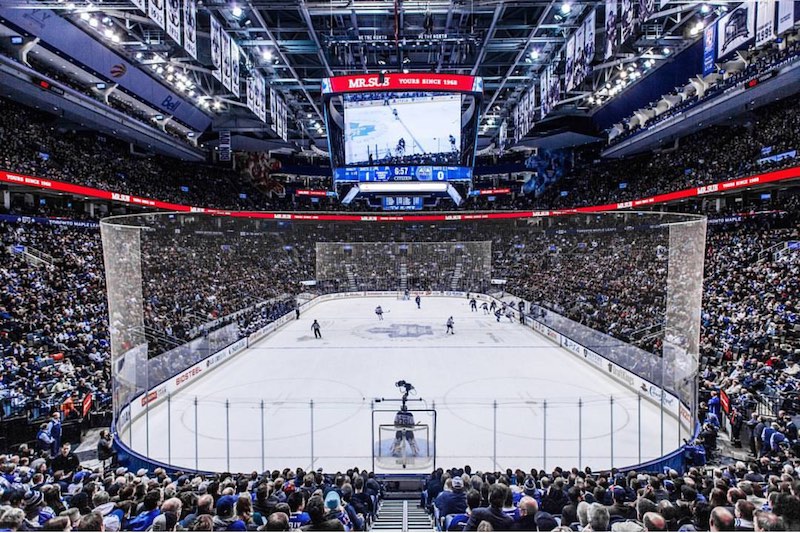 Someone has got to say it… let’s face it, we’re a little on the dull side when it comes to the whole atmosphere thing. We sell the joint out whether we win, lose or draw, but it’s a freaking morgue in there. The Leafs fans in other cities make our noise for us, but the Scotiabank Arena is as stiff as a junior high school dance. I’m aware that eighty percent or more of the seats are owned by firms, corporations, etc. versus the smaller market teams like Edmonton and say Winnipeg where it is still more “mom and pop” ticket buyers. I’d rather be with Mom and Pop, than with these greasy haired, smug, watermelon sock pattern wearing suits.

About six years ago, I went to a Blue Jays game vs hated rival Boston Red Sox, it was so empty that I lit a cigarette in the fifteenth row behind the dugout. The only person who realized was the designated hitter for Boston who gave me a wink. I nodded back and nodded off. Then of course a few years later, the Blue Jays went for it by actually signing a competitive team. Yet, the feeling in the crowd remained conservative. Heckling is low brow here. Baseball with no heckling? How much more boring can you get?

Around the same time frame, you could get Raptor tickets with an order from Pizza Pizza. Ever since then, those pizza eating kids have grown into adults and now fill the building (most nights). They actually put together a competitive team attracting people who are starved for success on any rink, court or field. I’m not one of those people – I can’t make it through a basketball game. I don’t know, I think it’s the Drake effect for me. Seeing him on the sidelines is a distraction for me and I find him incredibly annoying. When the Raptors start losing again, I’m predicting Drake will flake on the Raps.

One last thing Leafs fans, Please! People who are lucky enough to be seated in the platinum seats, why must you take half the period to return from your business conference at the sushi concession? Upon return, they then tap away on their consoles, if you have somewhere else to be, why not donate those tickets to kids who have yet to see Mitch Marner, John Tavares or Santa’s little helper (Nylander) up close.

So we didn’t win gold in hockey this Olympics. Son of a bitch! It’s too bad the IOC and the […]

The Plus Minus: I’d like to start this week by explaining something

Sometimes being a fan of the Toronto Maple Leafs is about as demoralizing as it gets. The worst part is […]