Toronto-based songwriter duo of vocalist and guitarist Maxine Beck-Sinderby and drummer Thomas Franklin met serendipitously at a music studio in high school. Maxine’s undeniable musical talent runs in her family: one of her uncles is Grammy award-winning Canadian musician Chilly Gonzales, and the other is Emmy-award winning Hollywood film composer Christophe Beck. Thomas honed his craft first with international touring jazz drummer Bill Ransom in the US, and then with renowned Toronto musician Anthony Michelli. Both classically and jazz-trained in multiple instruments, Thomas and Maxine started writing and performing their own music across Canada, the United States, and Sweden; as TANDM they have performed with Swedish guitarist and songwriter Janne Schaffer of ABBA fame. 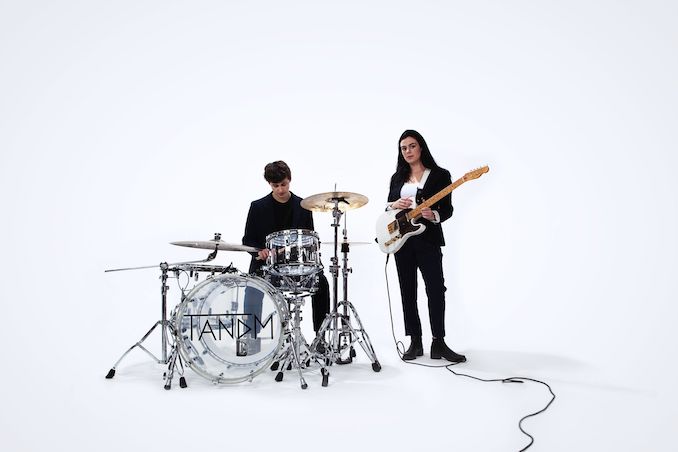 In their early live performances their instrumentation was minimal, and they soon developed a signature sound marked by Maxine’s silky and melodious vocals and catchy reverb-filled guitar riffs, driven forward by the energy of Thomas’s impeccable drum flourishes. Drawing inspiration from the likes of ALVVAYS, Daughter, Foals, Of Monsters and Men, and Arctic Monkeys, TANDM’s music weaves stories around the complexities of life. From personal pleasures and conflicts to the flaws in society encountered in young adulthood, TANDM’s upbeat sounds, vivid narratives and captivating melodies create a bittersweet and memorable experience for the audience that echoes long after a first listen.

This is our first EP!

“Girl in the Bathroom Mirror”

For our first single, “Dreamworld”:

Thomas = Rick Astley – Never Gonna Give You Up

Maxine = Wham! – Wake Me Up Before You Go-Go

Got to start every show with a Drum Solo

Hailed as an ‘Artist to watch’ in 2017 (Google Play), Fast Romantics is comprised of Matthew Angus (vocals, guitar), Jeffrey […]