It’s always surprising how much of an impact a simple home improvement can have on your quality of life. There’s a reason we’ve seen a surge in interest in home improvement-focused shows and home DIY YouTube videos as of late; we want to make our small urban spaces as livable as possible – and that requires expertise and strategy. 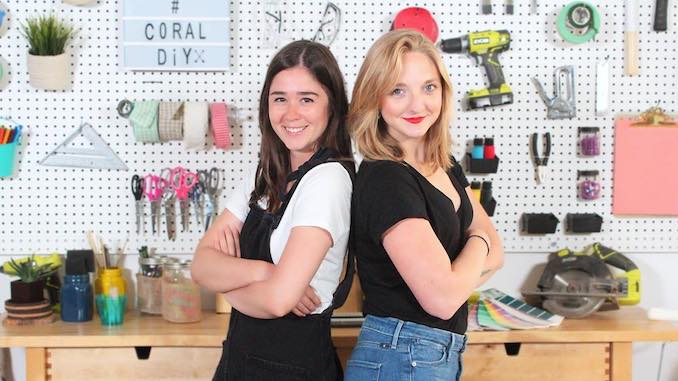 Whether you’re a “handy” person or not, if you’re in the market for some design inspiration, you should definitely know about the Toronto-based web series from the Coral Channel, Buy or DIY. The premise is simple yet captivating: A home upgrade-seeking Toronto personality challenges both decor expert and shopper Alexandra Gater and DIY guru Dani Berger to produce a piece or pieces to complete a space – whether this involves a wall backdrop, a balcony bench, or a conversation-provoking coffee table. After browsing and comparing, Alexandra buys the piece, while Dani builds it herself – both maintaining the same budget restrictions – and the surprise guest decides whose stays.

A new coffee table was exactly what our Toronto Guardian CEO and editor-in-chief Joel Levy needed to complete his newly remodelled living room after having used it as a home office for years. With a $300.00 budget, he was looking for a coffee table that would “tie together” the recent additions to the space, becoming a focal point of the room. He had just a few requirements: It needed to be wood and have live edges. Both Alexandra and Grater agreed that it also needed to let as much light in as possible as to not weigh down the already small(ish) space.

Throughout the roughly 12-minute episode, viewers are taken along with Alexandra on her shopping journey – which takes her through attainable home stores like Home Sense – and through the creative DIY practice of Dani at her worktable. The end decision was a tough one for Joel, who ultimately decided on Alexandra’s store-bought version ($325, for the table and a select few accessories), whose colouring tied in the grey of his furniture and whose hairpin legs allowed as much light as possible at the bottom. That’s not to say Dani’s impressive piece wasn’t a great fit as well. The one-of-a-kind table offered an industrial look, complete with live-edge sides and plank iron pipe legs that made for inevitable talking points.

In addition to design inspiration, the show also offers entertainment value in the candid interactions of both Alexandra and Dani. Not only are both women captivating on camera – thanks, in part, to ample experience – they definitely excel in both their crafts and efficiency.

In general, the show is worth the three to 14 minutes out of your day because it’s approachable, digestible, and – best of all – in a city of sky-high living costs, is completely attainable.

Commercial and residential painting with The Urban Palette

“A Day in the Life” with Canadian Artist Jane Tingley

Jane Tingley grew up in Winnipeg, Manitoba and spent her summers at the cabin and in nature, and as a […]