SOULISH,  a 6-piece alternative rock/indie rock band initially formed like many other bands – in the basement. The band started off in 2018 with just three members Cole Solish, Hector Alonso Costa (drums) and Jakob Goldstein (lead guitar). Over the next year, the group continued form with various bass players and singers but it wasn’t until early in 2019 that the band members discovered Stephanie Martin and asked her to join as lead vocalist as well as Tami Sorovaiski who joined as the bassist. After some time with that lineup, the group was lucky enough to learn that their drummer, Hector, had a younger brother who was also a very talented musician and keyboardist. Ernesto is the most recent edition to the band and they’re now set to push the group to the next level.

The name of the band came from a joke. A friend of Cole’s was calling the band by this name well before the group was doing much. With Cole’s last name being Solish, they all thought it was a funny play on his name yet had a nice ring to it– and then it stuck! 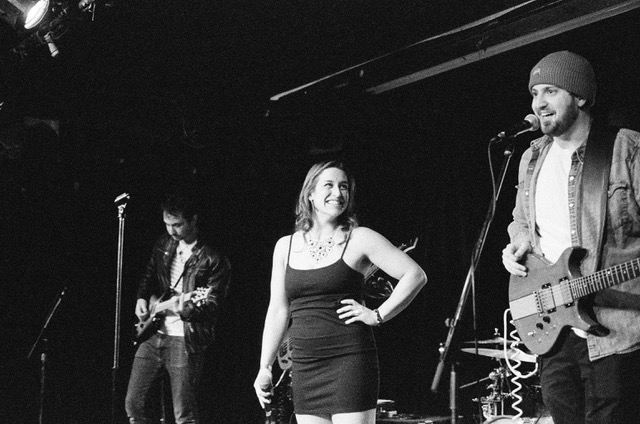 Since their first show in March of 2019 at the Drums ‘n Flats Tavern in Toronto, they felt fortunate to have opportunities to not only throughout the city of Toronto, but they’ve also been able to play in Hamilton and Montreal. “Hamilton has always been an awesome place to play,” said Cole. ” The local scene is so dedicated and friendly. Montreal was a really cool time as well. Lots of talented artists working in Montreal and would relish the opportunity to return. But overall, our favourite place to play so far has been at the Rivoli in Toronto. It seems like its impossible to have a bad show there. The staff are great, the venue is great for set up and sound too. We also got to celebrate a Raptors Finals victory the first time we played there, it was a pretty unforgettable night. And can’t forget the fries! Great place to play and really hope we can play there again as soon as the virus comes to a halt.”

The band’s upcoming releases “Aces” was a project that was a culmination of weeding out the best songs they had from their setlist of songs they’ve been playing live. “These songs were kinda like our “aces in the hole”,” said Solish. 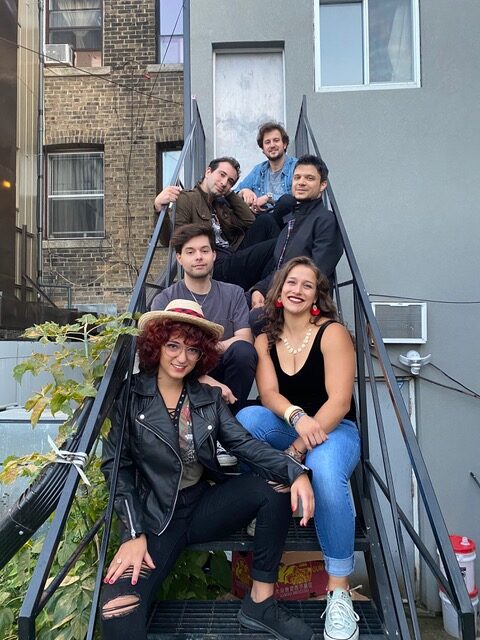 The release is a 2 track EP featuring their songs Breathe and Grateful. “The inspiration for our leading song Breathe is about a car accident I was in a number of years ago and just the rushing thoughts going through my head during and directly after the accident. Luckily everyone was safe and there was no damage, but it was a very scary moment and one that can leave a lasting mark on you,” said Solish.

Given these unusual COVID19 times, to record this project the band had to work remotely. All of their instruments were recorded entirely in each of their homes. Then, the production and engineering were done by their close friend and long time supporter of the band, Ben Zweig.

It’s always exciting for a band with a new release but the pandemic threw them a curveball much like everyone else. However, they’ve found new opportunities performing to live audiences even if they aren’t the clubs and bars they are accustomed to. For now, they’re keeping busy by playing at backyard and patio gathering and playing various smaller outdoor venues throughout the city — yes, socially distanced of course – by the way, worth exploring if you have a special occasion coming up and while the weather is still decent! Playing to more intimate audiences wasn’t in the plans but the pandemic has opened new doors in many creative ways and they appreciate the opportunities to get out and perform safely while continuing to work on their music.

“Due to the lack of ability for all of us to get together during these very trying times, we have all been focusing on writing new material and just improving our musicianship as much as we can. We want to come out of this pandemic as a stronger band with more songs and better songs to help push us forward in our careers once we can play live again,” said Solish.

Aces will be available on all streaming platforms (Spotify, Apple Music, Tidal, etc…), but they will also be releasing an EP on their Bandcamp page. Bandcamp is where you can go to download the highest quality version of the song for free or for a price of your choosing. Keep up to date with Soulish on Facebook. There you can also check out a sample of their live gigs from around town including at the Rivoli.

Favours is made up of Jacq Andrade and Alex Zen. They released their first LP “Made to Wait” in 2020. […]