We always look forward to finding out who made the Scotiabank Giller Prize shortlist. In previous years, they’ve provided us with solid book recommendations. This year 104 titles were submitted by publishers from across the country. The list was narrowed down to 12 books that were announced this past September.

This week, five books made the shortlist. 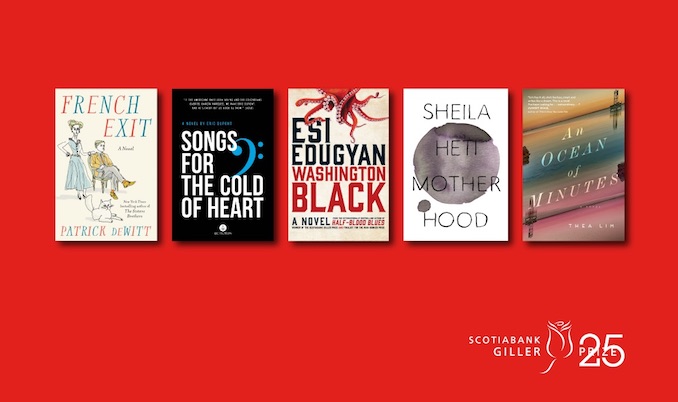 The winner of the Scotiabank Giller Prize will be given an opportunity to explore, expand, and develop their practice during a two-week, self-directed residency in Banff Centre for Arts and Creativity’s exclusive Leighton Artists’ Studios.  Located on Treaty 7 territory in Banff National Park, Banff Centre is Canada’s largest post graduate arts and leadership training institute (banffcentre.ca).
The Giller Prize, founded in 1994, highlights the best in Canadian fiction. The Prize now awards $100,000 to the winning author and $10,000 each to the finalists. The award is named in honour of the late literary journalist Doris Giller by her husband Toronto businessman Jack Rabinovitch, who passed away in August 2017.

For more information on the titles as well as upcoming events visit scotiabankgillerprize.ca

There are many great gift ideas out there and with rumours of supply chain issues, we’re sticking close to home […]

We’re in the thick of the holiday gifting season and as we go through our list, we know that a […]