On Monday, Doug Ford’s mid-election meddling was ruled unconstitutional by the Ontario Superior Court, for violating our Charter rights. It was a stinging rebuke for Ontario’s new Premier, who has already lost several lawsuits in his first ten weeks in office. 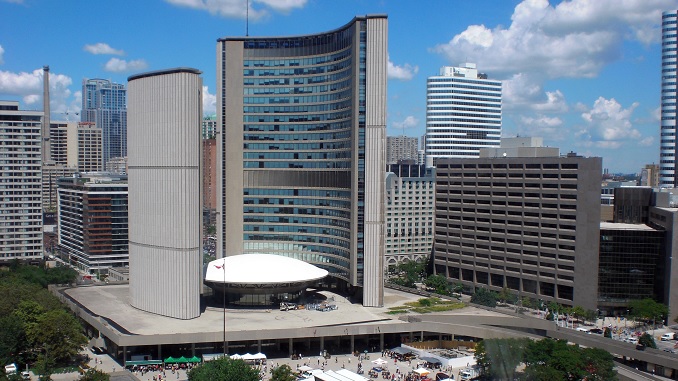 But Doug Ford isn’t going to let something like human rights get in the way of a perfectly good petty vengeance, and having already lost in court, Doug wasn’t ready to try again. So he decided to simply ignore your Charter rights instead.

He’s technically allowed to do this thanks to the “notwithstanding” clause, a section of the Charter that allows for emergency exceptions. Ford’s indicated he’ll use this clause whenever he feels like respecting our Charter rights would inconvenience him. Just remember this move the next time a conservative tries to tell you about “limited government”.

I could go on about the problems here – and just imagine for a minute a different government seizing Ford’s assets “notwithstanding” his personal property rights and think about how he’d feel in that case – but let’s get to the details:

On Wednesday, September 12th, Torontonians are rallying at City Hall to hear from Mayoral candidate Jennifer Keesmaat, MPPs Marit Stiles and Bhutila Karpoche, and several City Councillors and candidates in a show of resistance to this outright assault on democracy. The rally starts at 4 PM – you can get the full details on the Facebook event listing.

This is a completely unprecedented move in Ontario, and resistance is staggering. The new bill will be introduced tomorrow, but will likely take a week or more to come to a vote – so this rally may well be just the first act of this unfolding drama.

Doug Ford’s new “snitch line” may not even exist

The internet has been one of the great democratizing forces of our time. Toronto Guardian would not exist without it! […]