Ottawa author and musician Charles de Lint is a night owl. Coffee is his friend and while others nod off, Charles gears up for writing—a discipline that keeps him connected to his work every day. That routine has allowed him to produce over eighty adult, young adult, and children’s books. Born in the Netherlands and raised in Aylmer, Quebec, he is known as a trailblazer in the fantasy genre, having won the World Fantasy, Aurora (three times), Sunburst, and White Pine awards. This September he was inducted into the Canadian SF & Fantasy Association’s Hall of Fame. None of this goes to his head. The day-to- day rhythms of coffee, dog walks, music making and observations feed his craft and offer Charles a grounded place from which to create. A nightly haiku, emailed to his friends in the wee hours, delivers a beautiful distilled nugget from his day, often something witnessed on a walk with his first editor and musical collaborator—his wife MaryAnn—and their adorable little dog, Johnny Cash.

Elements of Toronto, Ottawa, Chicago, New York and Seattle inspired his fictional city of Newford, a metropolis that has appeared in much of Charles’ work, including a cameo or two in his latest novel, The Wind in His Heart, just released in September. The book marks his return to adult fiction after an eight-year gap, much of which was spent writing for younger readers. Writer Seanan McGuire describes the new book as “Beautiful, elegant, and remarkably kind…” Set mainly in the American Southwest, the novel depicts a world in which human kindness matters. This is a theme that shines through in Charles’ storytelling, songwriting, and in all aspects of his life. His treatment of characters shows a deep concern for the underdog, the wounded, and the marginalized, as well as a belief in the human capacity for redemption, healing and transformation. McGuire goes on to say, “…this is the work of a storyteller at the peak of his abilities” — and this seems more than apparent when reading the novel and its many five-star reviews. Charles does not attach himself to these accolades. He is busy working on the next project. 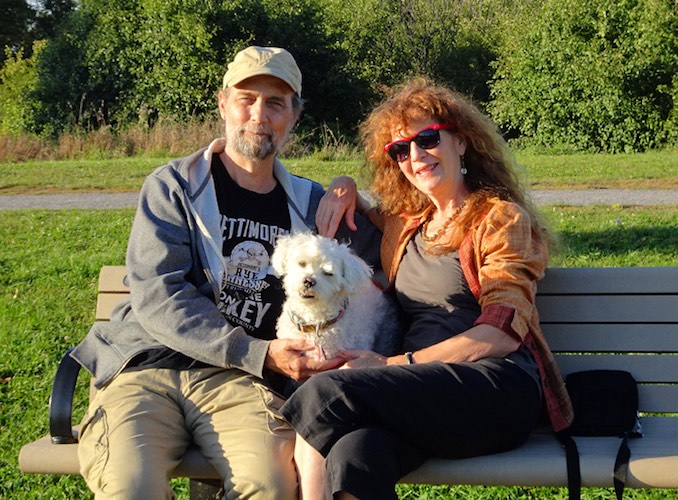 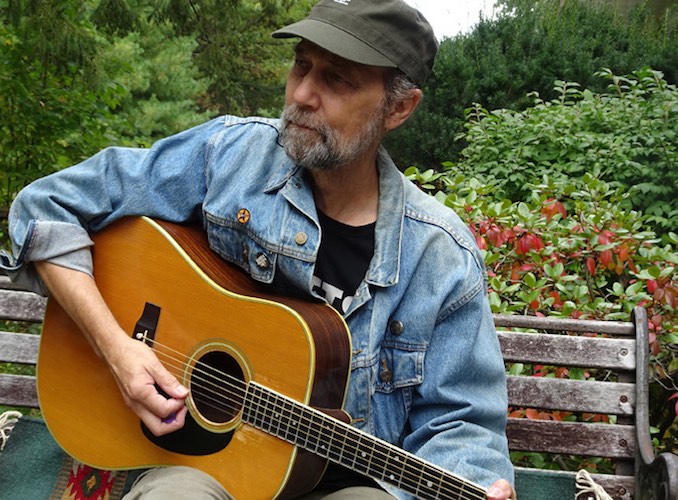 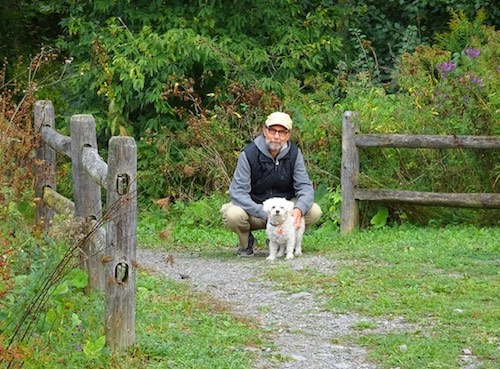 Most of the year I live in the Alta Vista area, Ottawa’s first suburb back in the fifties. Now it’s in the middle of the city. Our neighbourhood has a lot of mature trees—mostly maple, oak, spruce and pine, and we have some nice park areas nearby. Summers we live at our cottage on a small lake in the wilds of Quebec; we share that hood with resident deer, bears and wolves, to name a few of our neighbours.

I write novels and shorter fiction, review books, teach writing workshops, write songs and play music. I work closely with my wife MaryAnn who is my first editor, business manager, and musical partner. Besides music, we play with our dog Johnny Cash who keeps us entertained and out in nature every day.

Aside from promoting my latest novel, The Wind in His Heart, I’m rewriting four new novels that are in first draft at the moment. They’re all set in my fictional city of Newford, and combine the things that readers (and I) love about Newford with the rollicking pace and tone of my Jack of Kinrowan books. I have a lot of polishing to do, and then MaryAnn will work her editorial magic, so it’ll take some time to get them into print. If all goes well, the first of them will get into production within the next year.

Hopefully in most libraries and bookstores. Links to online retailers can be found here:
https://www.sfsite.com/charlesdelint/index.html

“A Day in The Life” with Writer and Movement Specialist, Danielle Kaplan

Danielle Kaplan is married to Stephen Kaplan and has two adult children Josh and Gabi. Josh lives with his partner […]

“A Day in the Life” with Canadian author Najwa Zebian

A Lebanese-Canadian activist, author, speaker, and educator, Najwa Zebian is one of the most recognizable names in poetry today. With a passion […]