To know Laura Adamo is to understand that as the daughter of self-made immigrants, she knows how to hustle. I’m one of her closest friends, but even I have lost track of Laura’s various successful careers. The one closest to her heart though, is her recent film, The Wishing Tree.

Laura Adamo wrote the film during a time when she was making sense of the miracle of giving birth after having had so many devastating false starts. When science and logic are telling you to give up, sometimes it takes a little crazy to continue dreaming. Laura Adamo wrote the character for herself. As the lead in the film, she gives a grounded and raw performance honed in the experience of loss. When the director fell through, she actually stepped in and directed the project herself. Did I mention Laura likes to multitask?

Because of capacity restrictions, film premieres were scaled back or scrapped altogether. But she wanted to tell the story, so released the film with less fanfare. The Wishing Tree premiered at Filmocracy Fest, a new festival by the co-creator of the Slamdance Film Festival, where the film won the Audience Choice Award. The film is being released in December worldwide and streaming across all digital platforms. 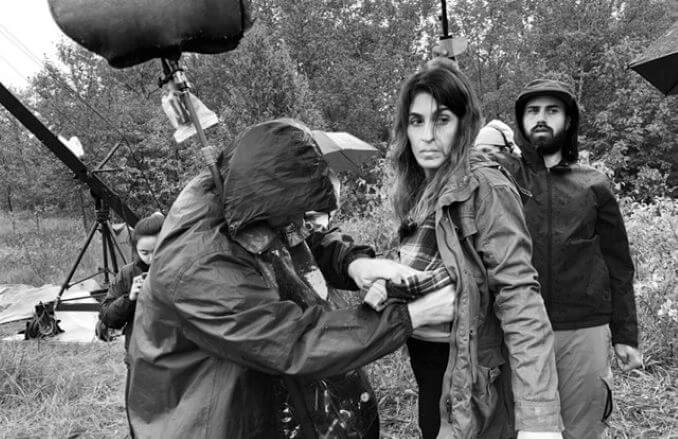 Which ‘hood are you in?

I live in Summerhill. It’s a wonderful community and very walkable which is something that was important to me after living in New York City for many years.

I am an actress/writer/director. I had never directed anything before my debut feature film The Wishing Tree. It was the most intense creative experience of my life, I loved every minute of it and look forward to doing it again soon! I also co-own a couple of restaurants in Toronto with my baby brother; Bar Piquette and Crosley’s.

Two projects; one is a new feature film which is a phycological thriller and the second is a dramatic limited series. The feature is a project I started writing at the same time as The Wishing Tree and it had to take a back seat. After the last couple of years, we have all collectively lived through I feel as though I am ready to make this type of film. There has been so much darkness in the world and I am ready to make some art with it.

The Wishing Tree is being distributed in Canada by Northern Banner, it arrives on

VOD and ITUNES on February 8, 2022. You can stream it in the US across all digital platforms, by distributor Random Media.

“A Day in the Life” with Toronto Director Cavan Campbell

Cavan Campbell wrote his first screenplay when he was 13 … not too surprising, having followed in the footsteps of […]

“A Day in the Life” with writer and designer Heidi Sopinka

Heidi Sopinka is a novelist who lives in Toronto. In 2012, she co-founded Horses Atelier, a clothing line that is […]