Toronto is often used as a double for any big city in the US in so many different television and film productions but it’s rare to find the city being portrayed as itself. In a new television series RENCONTRES Toronto is given a lead role.

Dubbed as a French-Canadian “Lost in Translation” style dramedy, the 10-part series paints a unique portrait of Toronto through the eyes of the Francophone community.

The series follows a French tourist exploring the city and his encounters with the different characters he meets. Various locations are woven into the stories including Kensington Market, Christie Pitts Park, The Village and as far as Stouffville. 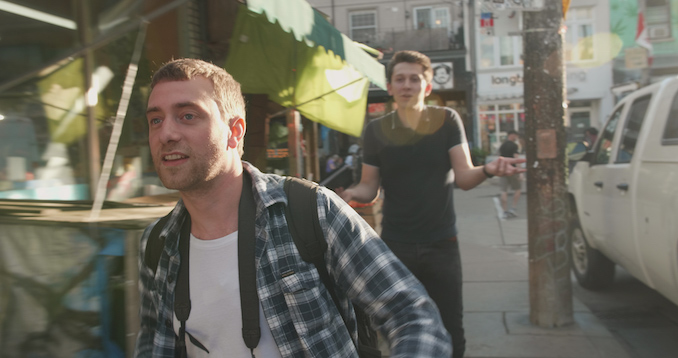 Florian François (Close Encounters, Titan Down) is a writer, actor and director who moved from Paris, France to Toronto in 2013. The idea for RENCONTRES came from Florian’s own experience as a French immigrant putting down roots in Toronto. Think of it as a love letter to the city.

François co-created the series with writer, director, producer and actor, Brennan Martin (Expiry Date, Quota). The concept was actually first presented as a short film which premiered at the 2016 TapFest Film Festival. The film won the Audience Choice Award for Best Picture and was accepted into the Cannes Short Film Corner, part of the Cannes Film Festival and sparked the idea to turn the film into a series.

We had a chance to chat with Florian, who plays the loveable lead character in the series. Naturally, we had to ask all things Toronto.

The stories are based on your experience as a traveller. Why did you choose to come to Toronto in the first place?

I came to Toronto in 2013. I was very happy in France, but felt like I needed something different. So I quit my job and moved to Toronto. I wanted to move to an English speaking city so that no matter what, I would at least be learning English. I didn’t do much research beforehand and chose to discover everything when I arrived. As a traveller, I hitchhiked from Vancouver to Toronto 3 summers ago, which allowed me to see Canada through the eyes of its locals, and inspired some characters of the show.

You’ve made connections with many Francophones here in the city, what have you learned from them?

When I first moved here I thought that there were only Francophones in Quebec. I tried to avoid other French because I wanted to work on my English. I joined the Francophone improv troupe les Improbables after few months. I found that this troupe represents the Francophones communities in Toronto. You have improvisers from Quebec, Ontario, Europe or Africa. I remember struggling to understand the New Brunswick and Sudbury accents at the beginning, and it wasn’t easy for them to understand me either! A year later I created Franc’Open Mic, a Francophone open mic that brings together Francophones from all over and also Francophiles. One thing I found particular to Toronto is that there is not just one Francophone community, but many Francophone communities. It takes a lot of work to bring them together.

What surprises you the most about Toronto?

Even though, I feel there are more similarities than differences between Toronto and Paris, I’m still quite amazed at how respectful Torontonians are of rules–especially waiting in lines. France can sometimes be more chaotic. One thing we tried to highlight on Rencontres, is Toronto’s famous diversity and cosmopolitanism. It seems that Toronto is more tolerant than other cities in Europe for instance. Not everything is perfect of course, but it is definitely better than in other places. 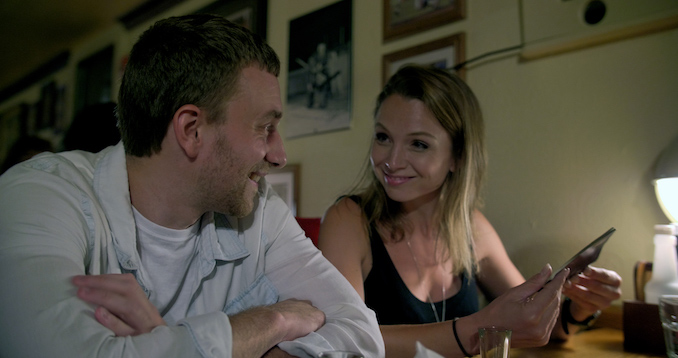 This series really shows some highlights of the city, how did you pick where to shoot?

We wrote the show with the idea that each episode would feature one neighbourhood. So, Brennan Martin and I, thought about the iconic places we liked in Toronto and how we could showcase the city the best possible way. Then once we picked a place, we wrote stories and characters that could somehow tell the story of the neighbourhood. We also decided to go outside of Toronto. Scarborough, Mississauga, Stouffville. Unfortunately, we had to cancel our episode set on the Islands due to the flooding. We replaced it with an episode in the Ravines. Because of our budget, we did all the location scouting ourselves which turned out to be a great excuse to rediscover the city.

What is the connection with Stouffville?

After few weeks in Toronto, I went to Uxbridge to do a week of “woofing”. On the way, the Go Bus stopped a Stouffville and I found it was a funny name. On my way back, I decided to stop there. I explored the main street, parks, spent the night in a pub and had a great time. I kind of fell in love with Stouffville. This is my favourite small town in Ontario that I’ve experiences thus far. I made several tours in Ontario and had the chance to see a lot of the province, and even though Orangeville is a close second, Stouffville is still my number one. Nevertheless, I don’t plan on moving there anytime soon. Toronto is a tiny bit more vibrant.

What would you tell others that they must see and do when visiting Toronto?

I  love Toronto, and this is definitely the best city to live in. The Islands is my personal favourite. Best view of the sky line. I love Kensington, The Annex, Koreatown, Little Italy (where I live). Coming from Europe, I would say that Casa Loma or Distillery District are not that impressive for me. For the show, I visited the Ravines, and thought it was gorgeous. High Park and Bloor West Village are quite beautiful too.

In one of the episodes, you’ve described Toronto as a “square city” tell us why?

In a previous episode, Sebastien meets Maurice, a separatist Quebecer that tells Sebastien that Toronto is the square city. I have heard from Quebecers friends that this is how they refer Toronto based on the architecture of the streets.

The short film RECONTRES had won awards and also screened at the Cannes Film Festival, why did you decide to create a series?

During last TIFF, I met a producer during a party. In February he contacted me telling that he was looking for some Francophone content for Bell Fibe TV. For 2 months, I pitched and wrote a sketch show with my improv partner. They didn’t green-light this project, but told me to let them know if I had anything else. I sent them our short film to see if they would like to make a series out of it. 24 hours later, I received a call; they liked it, and invited us to Bell headquarters to talk about it. I then called Brennan Martin and told him “I didn’t tell you, but I pitched Rencontre as a series, and we have a meeting in 4 days”. Neither of us had ever pitched a show to a network, so we worked day and night to prepare. After 2 meetings, we were given the green light and 5 months later here we are, a few days away from the premiere. 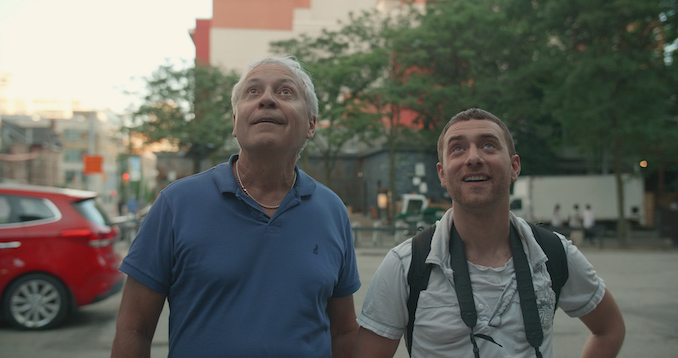 What is the one piece of advice you would give to French speaking tourists visiting the city?

(Torontonians are usually patient if your English is not perfect. Most of them know some basic French. They know how to say Pineapple and grapefruit for instance.)

Your first experience trying poutine in Toronto? What did you think?

My first experience trying poutine was very close to the one I had in the show, so tune in! (Spoiler alert: It tastes better than it looks)

I must admit that I love a good paranormal spook this time of year. Here are a few ideas for […]

Peace Collective‘s collection of tees, sweaters and jackets are everywhere as people wear them proudly. But did you know that […]