This article is the third in a month-long look back at the Toronto G20 protest suppression that occurred seven years ago, right here in our city. Part 1 (found here) details a first hand account of a citizen being unlawfully thrown into prison. Part 2 (found here) offers a look at the brutality of the government’s attempts to violently crush democratic dissent, including never-before-seen video footage of the police beating Toronto citizens with weapons. Today’s piece focuses on the modern G20 and how we can take action to ensure that democracy is protected here in Canada. 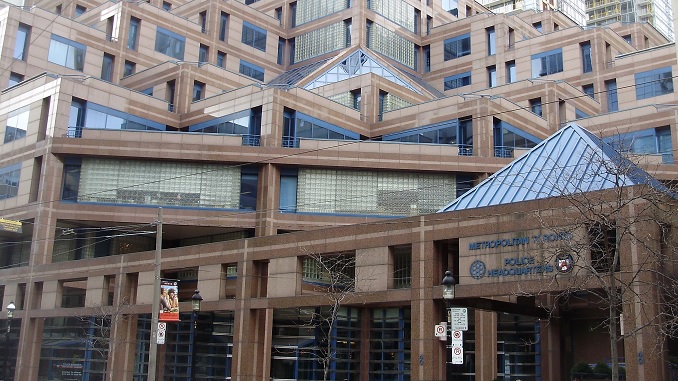 Over the past couple of weeks, we’ve been looking back at one of the pivotal moments in Toronto’s recent history: the shameless and brutal suppression of democratic dissent during the G20 summit, right in the heart of downtown. Today, I’d like to explore how the violence came to happen – and what we can do to ensure it never happens here again.

The G20 is an organization of the top 20 economies in the world, designed to promote “financial stability” and ensure “sustained growth” across the globe. It is, in other words, the beating heart of globalization and modern capitalism. As such, it attracts its share of protests.

It is beyond the scope of this column to critique modern capitalism from top to bottom. Suffice to say, it ain’t perfect. But what is within our scope is taking pride in our city and the people who make it great. And the way we were treated that weekend must never be allowed to happen again. Dissent and protest are cornerstones of democracy and civic pride. They are also explicitly protected rights enshrined in the Charter. The brutal suppression of dissent in Canada by agents of the state is not only shameful; it is illegal.

This is something you might expect in a repressive regime like Saudi Arabia – and it is a sign of the G20’s priorities that the group has selected the Kingdom, known largely for misogyny, imperialism, and oil, to host the 2020 summit – but for most of us, it likely doesn’t jibe with our Canadian self-image as a polite, friendly, and open democracy. Yet that self-image is, at least in part, self-deception to begin with.

The controversial practice of carding, including unconstitutional and highly discriminatory “random” stops, has only recently been curtailed by the province and the collected data is still in use. Violence by police officers often remains unchecked by police agencies; a recent case involving a brutal assault with a steel pipe was not reported to the SIU by the police until defence lawyers forced a report of their own.

As regards the G20, let’s not fall into the trap of thinking it was an isolated incident. Suppression of dissent is a trained, fostered strategy of police agencies across Canada. One notable instance involved police officers going undercover during protests in Quebec to act as anarchists, cause trouble, and invite further police aggression. There is no definition of “serve and protect” that calls for deceiving our own citizens in the pursuit of silencing their voices. Oh, and by the way – don’t think it can’t happen right here.

Of course, it could be worse. The time-honoured Canadian excuse is to simply take a certain amount of smug satisfaction through comparison to our neighbours to the south. But the time for excuses has long past. It is not the Americans we must compare ourselves to, but rather to the best version of ourselves. Toronto is the most multicultural city in the world, and we’re rightly proud of it. We pride ourselves on being welcoming, open, and free, and we would not be who we are without hearing and protecting a diversity of voices in democratic assembly. The best Toronto possible is a Toronto that listens, that learns, that cares. What happened at the G20 is not that Toronto. What happens daily across this city is not (yet) that Toronto.

What happens next is what can build that Toronto, for all of us and for generations to come.

As promised, here are a few ways that you can help to build that best Toronto and ensure that we never again let the rich and powerful dictate to us where we can and cannot move within our own city, using our own public servants against us. This is our city, not theirs. The Toronto police work for us, not anybody else.

Next week, we’ll return with the final piece in our G20 coverage for this year. In the meantime, we’d love to hear from you. Let us know in the comments how your conversations with your representatives unfolded!

In a historic first for the province, the Ontario NDP last week announced the official formation of the first Black […]