One of the most stunning panoramic views of the city was reopened briefly in May after being closed to the public for half a century. Commerce Court North, a historical CIBC building in downtown Toronto, boasts beautiful vistas and an interesting collection: gigantic heads, called the Giants of Jordan, located on the observation deck on the 32nd floor.

Giants of Jordan on the 32nd Floor of CIBC

For CIBC’s 150th birthday, see the Giants of Jordan for the first time in 52yrs.
.
#StandForCanada #Canada150 #sponsored

Along with rare access to the deck, CIBC showcased the cathedral-like banking hall, complete with chandelier and impressive coffered ceiling, marks CIBC’s 150th anniversary. To celebrate and honour their history, they rolled out artifacts like a 1850-era musket, which employees used as protection while carrying money parcels, photos of old banknotes, and excerpts from employees’ letters, some of whom served in the First and Second World Wars.

A select few were able to get up close and personal with the carved stone heads, on each side of the 145-metre tall tower, from the deck, with a 360-degree view of the city. The heads are meant to symbolize courage, observation, foresight, and enterprise, according to the bank. The building opened its doors in 1931, and remained the tallest building in the British Commonwealth until 1962. It was the headquarters of The Canadian Bank of Commerce (The Commerce), at 25 King Street West, founded in May 1867. The Imperial Bank of Canada, which merged with The Commerce in 1961 to form CIBC, was founded in March 1875.

Before Imperial and The Commerce merged, they had acquired locations across the country, from Hamilton to Halifax. Together, they employed 15,500 people, and took on a new name, The Canadian Imperial Bank of Commerce. The first two letters stand for capital and initiative, and courtesy and industry, according to the bank. However, the “CI” may also stand for “come in.” 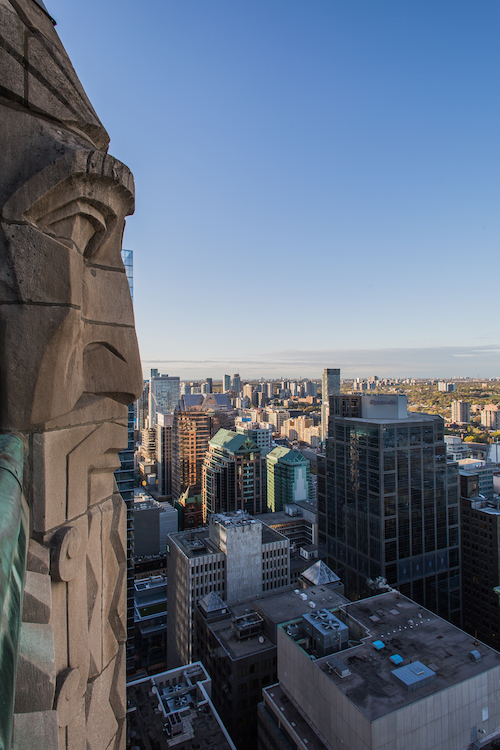 Throughout the years, before the merger, both banks had many notable employees. During the First World War, women were heavily relied upon to fill in for men who had enlisted. B. Annie Wynne Roberts, an employee at The Commerce, signed up to work as a nurse for the St. John’s Ambulance Association in Toronto in 1916. In a letter published by the bank around 1920, she discussed details of her new role.

“I now spend my mornings and evenings doing the surgical dressings with a sister or an assistant nurse, going the rounds with scissors, forceps and probe, applying packages of gauze into big holes in the flesh and winding yards and yards of bandage round arms and legs and heads. Rather a change from banking anyway,” she wrote in the letter.

Almost 5,000 bank employees from Imperial and The Commerce took part in the First World War. By the Second World War, women stepped up once again, as the number of men in the workforce was reduced by 40 per cent through enlistment. Some women worked as tellers and some took on more senior roles formerly reserved for men. 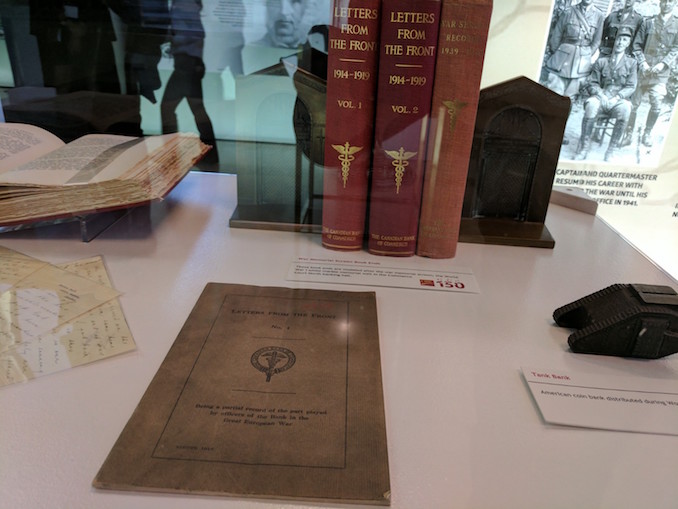 In an effort to actively participate and help soldiers, women at Imperial and The Commerce formed groups and started sending items – like bandages, homemade knitting, various foods, clothes, and cigarettes – overseas. An Imperial Bank employee wrote home in 1944 to thank women at Imperial for their hard work.

“Would you pass on the Ladies’ Auxiliary my very heartfelt thanks for the grand Christmas parcel. Also the 300 cigarettes and another parcel containing two lovely pair of knitted socks…I can tell you the boys down here appreciate their efforts. I also received the sixth and seventh issues of the bank magazines and they were very welcome indeed,” wrote Lieutenant R.B. Ballantyne. 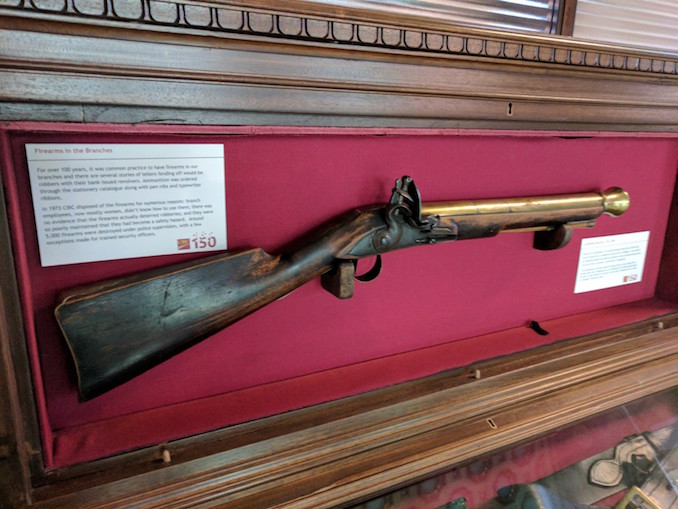 Another notable bank employee who started working for The Commerce in 1939 eventually received the Distinguished Flying Cross for his time in the Royal Canadian Air Force. John McIntosh became a flying officer after enlisting in 1941. He was involved in operations that included flying Halifax heavy bombers over France, Italy, and Germany. When the war ended, he went back to work at an Edmonton branch of the bank. The London Gazette featured an official citation of his bravery and talent in February 1944.

“On another occasion a wing of his aircraft was set on fire and one of the tail fins was rendered unserviceable in an encounter with a fighter. Despite such harassing experiences, this officer has displayed continued gallantry. He is a skilled and courageous pilot,” the excerpt said. 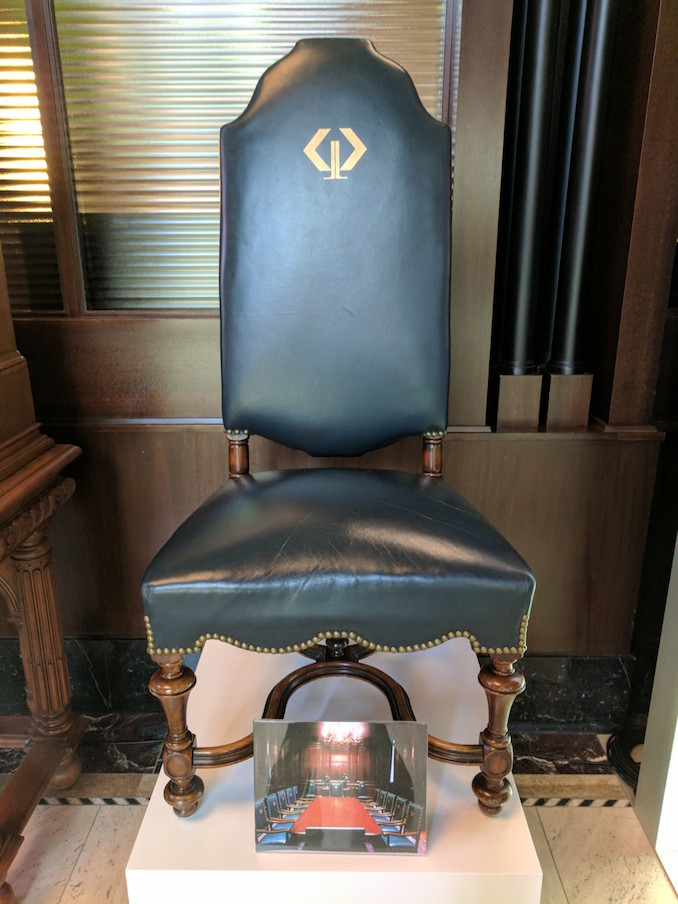 Other historic items on display included a vintage chair meant for board meetings, which looked more like a throne fit for a king, a collection of letters, books, bookends, a coin bank – but still the most alluring was the unobstructed view of the cityscape alongside carved stone heads named Giants of Jordan, which offered Easter Island vibes in the heart of Toronto. The name comes from the street that runs alongside the building.

Let us know what aspects of Canada’s history you appreciate or have discovered lately. You can share your story with us on social media using #StandForCanada.

There’s a fabulous display of hand-painted murals that were just unveiled at the Scarborough Town Centre. 60 hand-painted works of art were […]