When I had first read about Walker, the son of  journalists Ian Brown and Johanna Schneller, it was in a two part series in the Globe and Mail as well as an award-winning memoir, The Boy in the Moon. It has stuck with me to this day for many reasons but ultimately for me,  it’s an extraordinary look at the meaning of life especially for a parent.

Walker was born in June 1996 with an extremely rare genetic disorder called cardiofaciocutaneous syndrome, which typically affects the heart, facial features and skin, as well as causing moderate to severe developmental delays. In Walker’s case, it meant he would never talk, would never develop intellectually beyond the abilities of a toddler, and would challenge every understanding Ian and Johanna had about what it meant to know one’s child. Only a few hundred people worldwide live with this extremely rare genetic disorder. 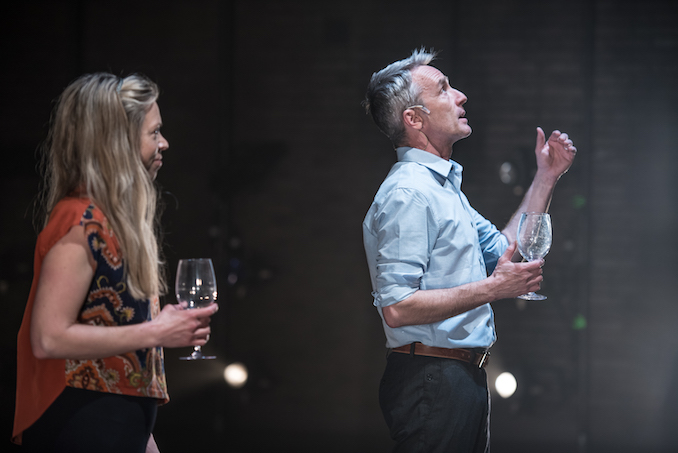 The Boy in the Moon became a New York Times Top 10 book in 2011. “The truth Brown learns from his severely disabled child is a rare one: The life that seems to destroy you is the one you long to embrace.” — New York Times Book Review

Now, based on Brown’s candid and moving memoir of raising his son Walker, The Boy in the Moon, is newly imagined in a heartfelt stage production now playing at the Crow’s Theatre and you’ll want to catch it before it’s gone.  Drawing from the book as well as original interviews with the family, playwright Emil Sher has captured the story of the difficult but joyous journey of a couple raising a child with profound disabilities.

There are so many personal stories to be told. How do you, as a playwright, decide what stories to interpret for the stage?

ES: I am drawn to personal stories that reveal universal truths. Stories can be at once distant – the setting, the situation – and yet touch us in ways that remind us of the common ground we share.

What triggered your interest in the story of Ian Brown’s family?

ES: I was drawn by a question that runs like a current beneath the journey that Ian Brown chronicles in The Boy in the Moon: what is the value of Walker’s life? And the yardstick we use to gauge his worth reveals as much about us as it does about Walker.

How did you approach them with this idea to turn his book into a stage play? (and their reaction?)

ES: I reached out to Ian and made a case for transplanting the heart of the story onto the stage, where the power of theatre – actors, a director, designers – would be channeled in ways that would transform Ian’s beautiful book into an experience that would underscore the immediacy, the impact, the intimacy of live theatre.

He and his wife are journalists as well — did this offer a different dynamic to your writing process?

ES: That Ian Brown and Johanna Schneller are both journalists means that they value stories. And so they gave me free rein to adapt The Boy in the Moon as I saw fit, without any conditions. I believe their own experience as writers gives them an understanding and appreciation of the ‘page-to- stage’ process.

We all learn something from what we do, what did you learn from this experience?

ES: It’s not so much that adapting The Boy in the Moon was a learning experience as it was a reminder that there are always discoveries to be made as a play morphs into a production. As actors give voice to the text on the page a single sentence, a single word can take on a very different meaning, depending on how it is expressed. How will lighting and sound and costumes expand and enhance the world of the play? You venture forth, guided by a director, committed to finding the right choice but knowing it may take a while to get there.

Why should we see this play now?

ES: Why now? Because it is never too soon to learn what it means to be human and flawed and fallible, to be confronted with challenging questions that don’t have neat and tidy answers.

Anything else you’d like people to know about this play?

ES: Come to the theatre not simply prepared to hear but to listen. 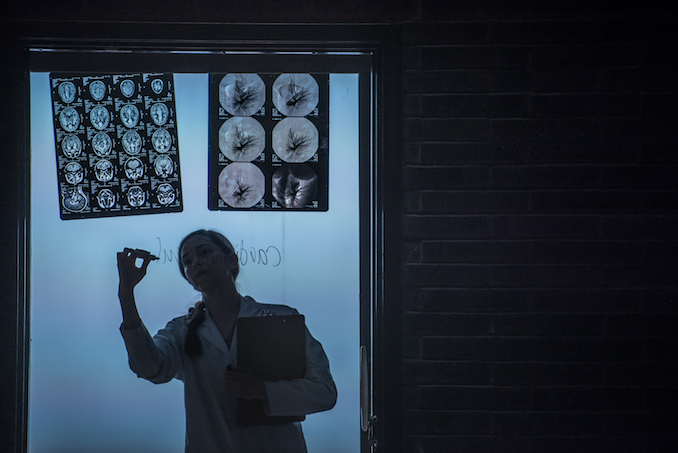 Crow’s Theatre will launch their new performance space on January 19th, 2017 in Toronto as they kick off the show The Wedding […]

“A Day in the Life” with actor Moya O’Connell

Toronto Comedian Gillian Bartolucci and The Weight of It All