Over the past few years we’ve seen our neighbourhoods transform. Our eyes are now turned to the Queen and Broadview area where shops and restaurants  have been quietly changing over. The “Riverside” area, as it’s now called, is getting one of the biggest changes yet with the restoration of a “former social club and gathering place.” At the north west corner of Queen Street East and Broadview stands this historical building that will soon open as the new Broadview Hotel. 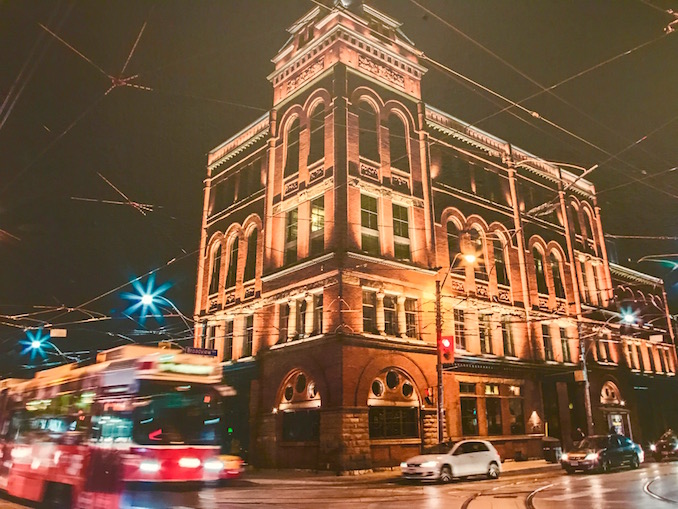 The original 4-storey building opened in 1891 was constructed for Archibald W. Dingman, an influential entrepreneur in Alberta’s early oil-drilling industry and a principal in Pugsley, Dingman & CO., a Toronto-based soap manufacturer. It was created to be a social club for the neighbourhood. The Canadian Bank of Commerce was also originally located at street level. In 1907, Dingman sold the building to Thomas J. Edward who converted it into the Broadview Hotel a year later. Since then it had gone through several changes.

But in more recent years, most Torontonians have known it as the former home to the gritty Jilly’s strip club (yes, we know you have stories). As explained by the architectural and design teams at Streetcar, it was shuttered a few years back for the building’s safety concerns. Apparently former owners thought to take down interior support beams to make for um…better viewing.

But locals could see the value of this landmark property. Luckily Streetcar Developments purchased the building in 2014 and their architectural team began the restoration process with eyes on turning the building into a boutique hotel. ERA is the firm that is taking care of the meticulous restoration of the romanesque style building.

The facade is gorgeous but because the building was structurally unsound and they couldn’t keep any of the existing floors or walls. All of the red brick and sandstone and window openings have been kept. We were told that the old Jilly’s didn’t have many rooms but it had drop ceilings in the auditoriums that were revealed during the restoration.

The Tower at the corner of the intersection will be the jewel in the crown of this property with it’s vaulted ceiling and historical arched windows. This space will serve as an intimate setting ideal for private dinners.

Interior decor elements include wall treatments that have been newly designed based on the original wallpaper revealed. Other treatments include a tongue in cheek nod to the past (think leggy fishnet stockings) and a fun drapery design incorporating urban wildlife that caught our attention. Really looking forward to when this is all pulled together. 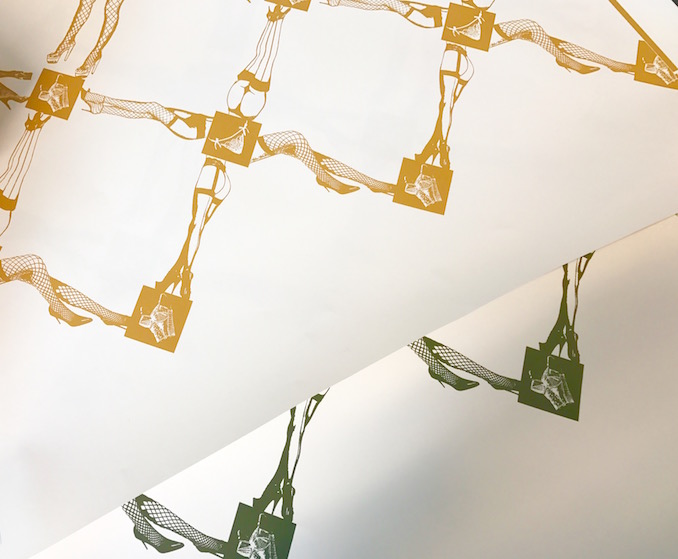 The building will also house a rooftop terrace and bar that will offer a stunning and unobstructed view of Toronto’s skyline. It will have a 360 degree glass, pyramid skylight.

Broadview Hotel will have 58 guest rooms each outfitted with luxurious linens, decor, a vinyl record player and a mini-bar that will feature locally sourced goods. 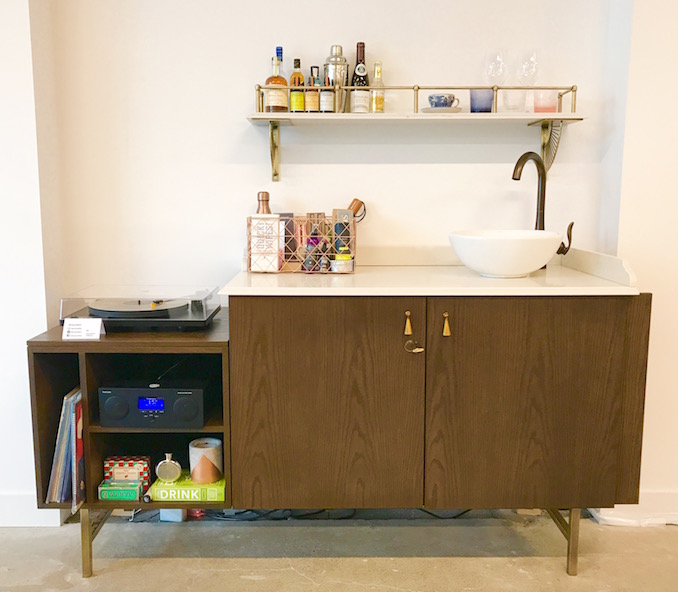 The hotel is set to open this summer. Pretty sure it will be another hotspot during TIFF. You can get a virtual reality tour now at thebroadviewhotel.ca

Great photograph by Steve McCaffrey for today’s Daily Photo from Toronto. See the high res. image on his Flickr Account. […]